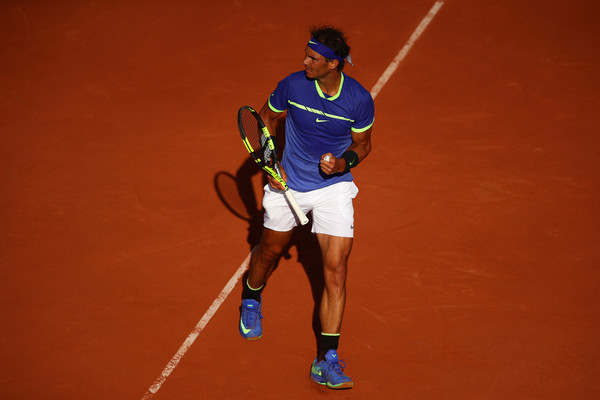 This sets up a much-anticipated championship clash with 2015 Roland Garros champion Stan Wawrinka.

Final vs Wawrinka could be great, though?

In the opening game, which began after 6 p.m because Wawrinka’s semifinal went the distance, Thiem broke Nadal’s serve at 30. But the Austrian made four forehand errors in his effort to consolidate, letting the set get back on serve 1-1.

Nadal then saved two break points to go up 2-1. In the next game, Thiem relied on some monster forehands to fight off three break points of his own. But that wasn’t enough to win the game. Nadal won the fourth break point off a Thiem forehand error.

The Spaniard followed it up with a hold for 4-1. He held onto the lead to take the first set 6-3.

In the second, Nadal dug out of a 15-40 deficit, holding to get to 1-1 with an ace up the T. Thiem then lost a long service game, putting the nine-time Roland Garros winner up a set and a break.

7 games later, Nadal had won the second set 6-4, and found himself six games from a spot in the final with Wawrinka.

Thiem is trying to put forehand away from the baseline, missing them. Good to be aggressive but not to give away so many points. Patience…

Nadal broke in the first game of the third set on a long Thiem forehand. He then held to love for 2-0.

In the next game, Thiem misfired a forehand at deuce, setting up ad out for Nadal. The lefty then hit a forehand winner to take a two-break lead. With an ace and two smashes, he held for 4-0.

Nadal went on to break Thiem at love and then hold his serve for the bagel to win the match, putting himself just one more victory away from La Décima.

Nadal has a 15-3 head-to-head against Wawrinka, including a 6-1, 6-4 victory on the Monte Carlo clay in April 2016. Still, Wawrinka has won a Grand Slam in each of the last three years.

It took Wawrinka nearly everything he had to get through his semifinal versus world No. 1 Andy Murray. He was pushed to five sets and nearly lost the match in the fourth.