Queen's: Why Injury Was The Best Thing To Ever Happen To Gilles Muller - UBITENNIS 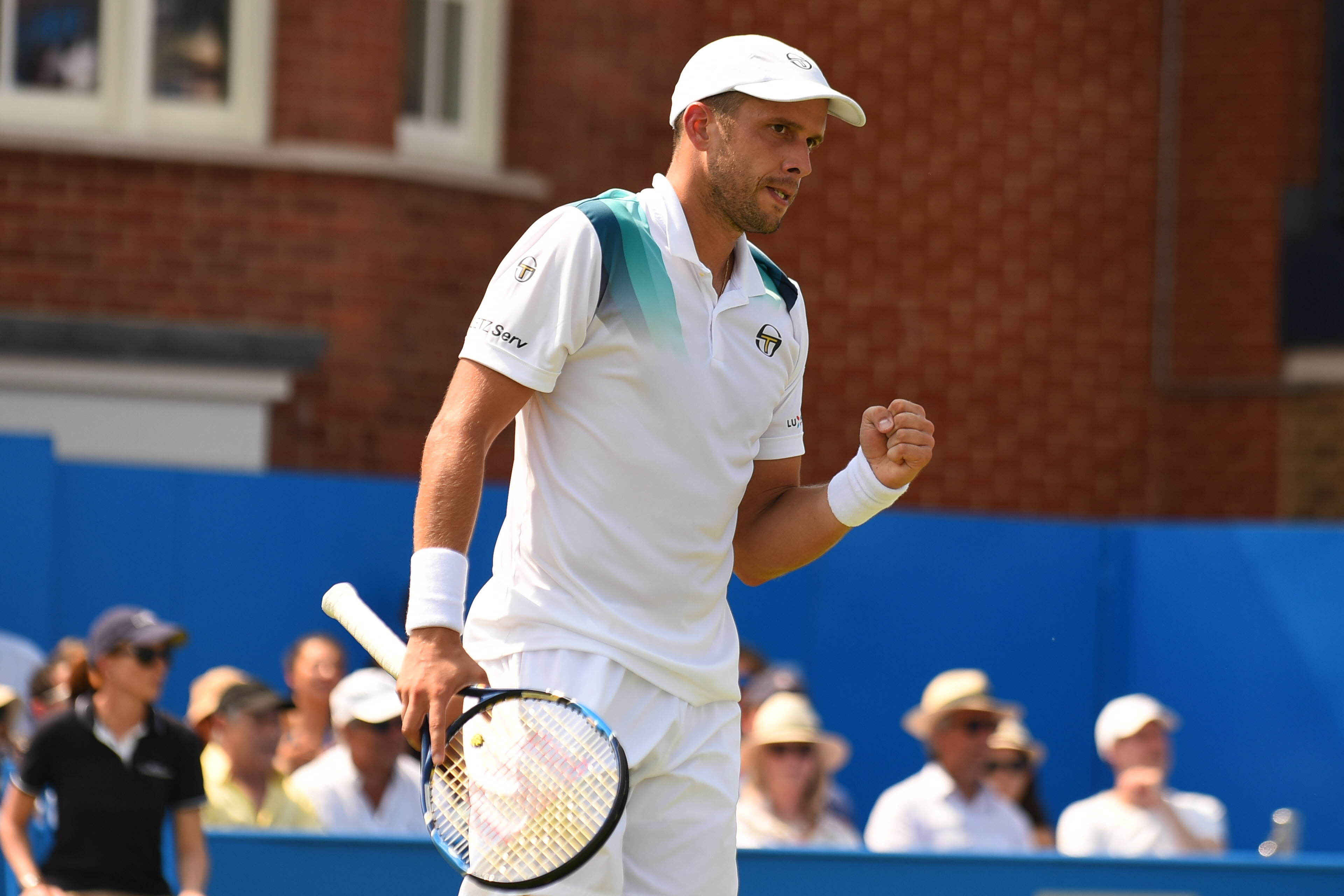 Engaged in the battle of the big servers, Muller was forced to draw upon his wealth of experience. Coming through the first set with the help of one poor service game from Querrey, the second was a test of nerves. After 11 games with no break point occurring, Muller was on the verge of allowing Querrey back into the match. Twice the American had set point at 6-5, but both of those were saved by Muller’s variety in his game.

A familiar trend followed in the tiebreaker with opportunities coming and going. Twice the Luxemburg player dropped serve before coming back. The roller coaster encounter began to frustrate Querrey, who handed out match point to his rival after misjudging a return of serve. Victory was then sealed with a delicate Muller volley at the net.

“I think on grass everything goes so fast, and I feel like even when you don’t play well you can still stay in the match with your serve.” He said following the match.
“I think what makes the biggest difference is that the big points, you kind of feel like you’re always taking the good choice on important moments like I did on break point today. If you look at the whole match there was almost no break chances for both of us.”

At the age of 34, Muller continues to rise up the rankings. It all started in January when he claimed the Sydney Open title. It was an emotional experience for him and his family. 16 years had gone by without him claiming a single ATP trophy. It was a moment of celebration, but it also took him into unfamiliar territory.

“When I got it (Sydney title), it was tough, to be honest. The first weeks after that were kind of a lot of questioning in my mind. So what do we do now? It’s something you work for for so long, and then basically you reach that goal, so what are we doing now?”

Now he has two tour titles to his name after triumphing at last week’s Rosmalen Championships in the Netherlands. It wasn’t always easy for the 6’2” player, who produced a total of 12 aces in his match today. During 2013 he was forced to end his season in June due to a troublesome elbow injury. The absence results in him spiraling down the rankings and drifting further away from his top-20 dream. Returning to action the following year, his desire to win was no less as he climbed 320 places within a 12-month period.

Muller is not the only one to draw positives from an injury break. The most significant is that of Roger Federer, who won the Australian Open in January title after a six-month injury absence. Like the Swiss player, Muller is ironically thankful for being injured.

“You can see in Roger, it’s kind of the same example. He took a couple months off and was able to work very hard, which he never did probably before in all his career. So that was very good for me, actually.” He explained.
“(It’s) strange to say, but that injury was probably the best thing that happened to me.”

It isn’t just an injury that has attributed towards Muller’s surge. It is also fatherhood. It is usually the parents that inspire the child, but not in the case of the 34-year-old. Who dreams of playing on the biggest stages of tennis with his two sons watching with pride.

“One thing that always kept me going was my two boys at home. I always dreamt of playing in front of them and them seeing me play the big tournaments.” He explained.

A lot of focus concerning players rise in the rankings circulates about their physical preparation and fitness. Muller and others prove that this isn’t always the case. Sometimes absence makes the heart grows fonder, which is exactly what happened to Muller’s motivation when out injured in 2013. The world of tennis is never black and white.

Muller will play Marin Cilic in Saturday’s semifinal for a chance to reach his ninth ATP final. Five out of those eight previous finals occurred after his injury setback.