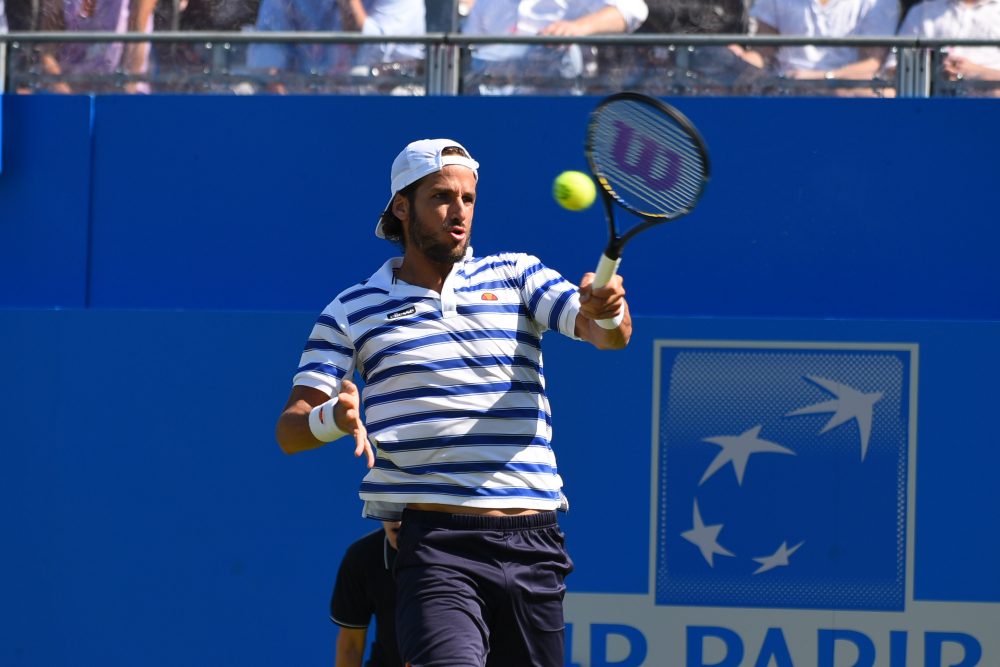 LONDON: Feliciano Lopez held his nerve to overcome Tomas Berdych 7-6(5), 6-7(1), 7-5, in a Friday night quarter-final thriller at The Queen’s Club.

During what was a serving masterclass from both players, 24 consecutive games went by before a break point was seen in the match. With little to distinguish between the two players, chances came and went for both men. Berdych had a match point to take the decider 6-4, but was denied by some brave play from Lopez. Coming through that game, the Spaniard surged in front of the animated London crowd to seal the win after exactly 147 minutes of pulsating play.

“We were serving great, both of us. Only three points he lost in the second set. These two tiebreakers, the way I served the match point. There was a lot of drama on the court today.” Said Lopez.
“Those matches, when you win, it’s an amazing feeling. And it’s also an extra confidence for tomorrow.”

Lope has now progressed to the semifinals at Queen’s for the first time since 2014. It is the latest boost for the Spaniard after he reached his 16th ATP final in Stuttgart last week. It is also the first time this year he has reached back-to-back finals on the ATP Tour.

“I’m very happy, everything that has happened during this week. I think I have been playing great.” The delighted Spaniard declared. “The fact I reached the finals in Stuttgart was very important for me, coming to Queen’s with a lot of confidence.”

Lopez’s semi-final opponent on Saturday will be Grigor Dimitrov. The sixth seed overcame an injured Daniil Medvedev 6-3, 3-6, 6-3, during what was both a mental and physical test for the former champion. Prior to the start of the match, the Russian underwent a medical time out to receive treatment on his right shoulder before undergoing two further sessions during the first set. Despite Medvedev’s struggles, Dimitrov refused to blame that on his performance.

“It is what it is. You’re injured, you’re injured. It’s just tough conditions today. It’s pretty windy. It just wasn’t easy to play the game that I wanted to play, but I think I had a right approach for the match.” Said Dimitrov.

The Bulgarian is bidding to win his third title of the season and second at Queen’s after 2014. Earlier this week Dimitrov spoke about his passion of playing on the grass. He is hoping to use this enthusiasm to his own benefit for his last four showdown with Lopez. .

“I’m in the semi-final of Queen’s. I’m pretty positive, excited to get out there and perform again.” He declared. “It’s been a while since I have felt that good on the court, so I’m just going to try to use that momentum, and whoever I play I’m going to focus entirely on my side of the court.”

Lopez currently trails 1-2 in his head-to-head against Dimitrov. On the other hand, they have one win each from their two clashes at The Queen’s Club in 2010 and 2014.