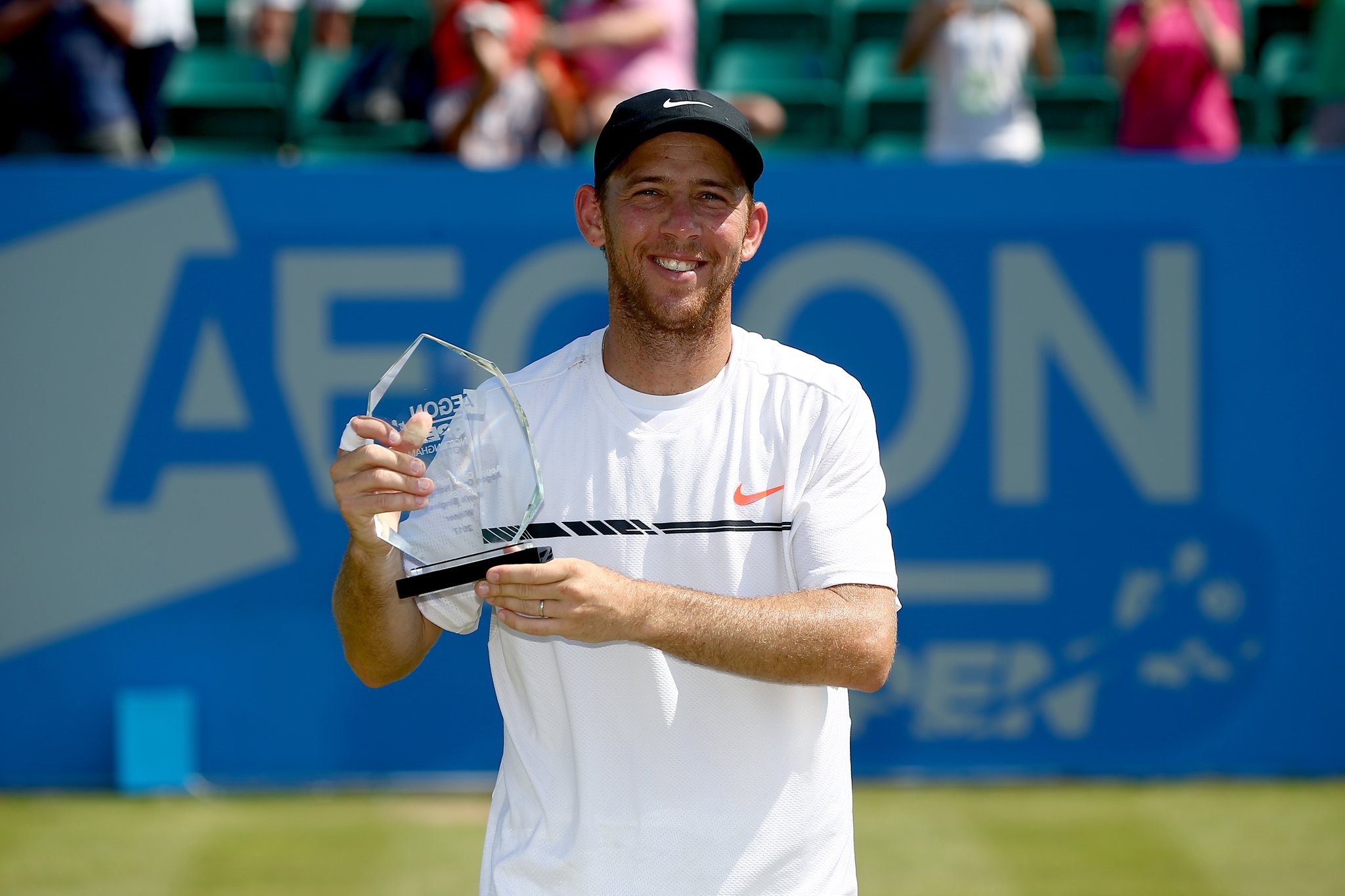 Dudi Sela captured the 22nd title of his career rallying from a set down to defeat Thomas Fabbiano in three sets 4-6, 6-4, 6-3 to win the ATP Challenger title at the Aegon Open.

After a close first set with few chances to break Fabbiano capitalised in the ninth game and served it out to move a step closer to a sixth career title. The fourth seed also had break points in the sixth game but Sela came back using all his experience to force a deciding set and swiftly established a 4-1 lead in the third. Fabbiano pulled two games back but the Israeli held his nerve and broke to love in the last game to seal the crown in Nottingham.

These two players had met once before in a semifinal on the ATP Challenger circuit in Suzhou back in 2015 and it was Sela who came out on top in three sets 6-1, 1-6, 6-4. Fabbiano got past Sam Groth in straight sets 6-4, 6-3 in his first match out on Centre Court in the last four, while Sela advanced following Marius Copil’s retirement when leading 7-6(4), 1-0.

The match was of a high standard from the start with both players hitting more winners than unforced errors as they battled it out in the heat at the Nottingham Tennis Centre with punishingly long rallies.

Both players were solid on serve and looked unlikely at being broken until the ninth game where Sela came under pressure. Fabbiano came out and hit two forehand winners to move to 0-30 and a double fault from the third seed left the Israeli facing two set points. The Italian fourth seed could not take the first but sealed the second after he forced an error from Sela to win the opener 6-4 after 34 minutes.

Sela faced further pressure down break point in his opening service game of the second set but out dropped volley his opponent at the net to survive the scare and level at one game all. Having faced the pressure himself the Israeli was able to get his first break of the match and begin his comeback , only for Fabbiano to break straight back in the fourth game after he squandered two chances to hold.

In the sixth game it looked as though Fabbiano may have been closing in on victory after gaining two break point chances but Sela responded to hold and then hit two superbly struck one-handed backhands to break his opponent once more. The break proved to pivotal as the third seed served it out to force a deciding set for the title.

With the momentum now with the Israeli he broke his opponent in the opening game of the final set after Fabbiano put a forehand wide and he quickly found himself in complete control up a double break at 4-1. Sela secured the double break with a stunning diving volley winner which wowed the crowd at the Nottingham crowd.

The Italian was not finished yet and pulled one of the breaks back with a cross court winner on the line to pull it back to 4-3, but Sela pulled away again to move one game away. Fabbiano appeared to be jaded in the final game as he dropped serve to love to seal the title for Sela, his second in Nottingham.

EXCLUSIVE: Dudi Sela Targets Significant Ranking Rise In The Remainder Of The Season