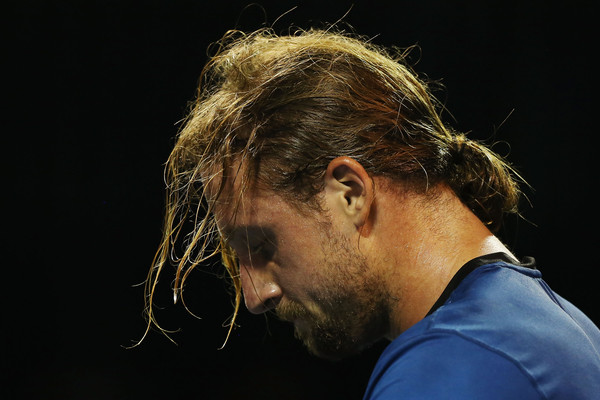 Tennys Sandgren, a 25-year-old American who has been playing Challengers for the vast majority of his career, is into the main draw of a Grand Slam for the first time.

This he achieved by winning the Roland Garros Wild Card Challenge, which awards a French Open main-draw wildcard to an American ATP player based on his two best clay-court events over a four-week period that started April 10.

Sandgren had previously never gotten past the second qualifying round of a Grand Slam.

In Houston, the first week of the Challenge, Sandgren qualified for his first tour-level main draw by beating Steven Diez and Teymuraz Gabashvili both in straight sets. He then lost to American up-and-comer Ernesto Escobedo 3-6, 3-6 in the first round.

The following week, Sandgren made the final of the “it-can’t-be-that-good” Sarasota Challenger, in which he lost 3 and 4 to #NextGenATP’s Frances Tiafoe, but picked up 55 ranking points.

In the Tallahassee Challenger, he lost in the first round 5 and 4 to then-No. 111 Henri Laaksonen.

And then most recently, Sandgren won the Savannah Challenger as the fifth seed, racking up wins over Mackenzie McDonald, Christian Harrison, Henri Laaksonen, Tommy Paul and Joao Pedro Sorgi.

“I’d like to thank […] the ballpeople. You guys did an awesome job running around for hours and hours with me on the court. I think you guys might have more miles on you than I do,” Sandgren said in his Savannah victory speech.

USTA Pro Circuit commentator Mike Cation told Ubitennis of the match,“He did nothing special today. It was his base level. But more and more, he’s keeping himself in matches, being more aggressive and staying focused for longer.”

In February, Sandgren won the Tempe Challenger, winning the final 4-6, 6-0, 6-3 over Nikola Milojevic.

Sandgren is a decade older than Amanda Anisimova, the winner of the Challenge on the women’s side at 15.

Anisimova, born in 2001, made the finals of Indian Harbour Beach and Dothan.

Stefano Travaglia set for move into Top 200 after Ostrava win