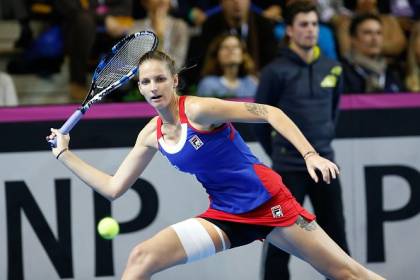 Karolina Pliskova battled past her friend Kristina Mladenovic 6-3 4-6 16-14 after a dramatic three-hour and 48.minute match in front of more than 6000 enthusiastic spectators in the Rhenus Arena in Strasbourg to give Czech Republic a 1-0 lead over France in the first match of the Fed Cup final. The two-hour and 24-minute third set was the longest in Fed Cup history.

Pliskova and Mladenovic met twice in their careers in Moscow in 2014 and Birmingham in 2015 and were tied 1-1 in their previous head-to-head matches.

Pliskova broke serve in the opening game of the match. Both players traded breaks in the sixth and seventh games before Pliskova clinched the first set with another break as Mladenovic made a double fault.

Pliskova hit an ace to hold her serve at love for a 3-2 lead. The Czech player faced two break points in the seventh game of the second set as she made four double faults but managed to save them. Mladenovic earned a third break point with a forehand return and converted it to take a 4-3 lead as Pliskova made a fourth double fault.

Mladenovic saved break points in the following game with a drop-shot and her serve but made her sixth double fault. Pliskova broke back, when Mladenovic hit her backhand down the line wide.

Mladenovic hit an inside-out forehand winner to earn a break point and broke serve, as Pliskova made an error. The home player earned a set point with a smash and clinched the 45-minute second set with a forehand winner down the line.

Pliskova converted her third break point in the sixth game to take a 4-2 lead, as Mladenovic hit a forehand drop-shot into the net. The Czech player backed up the break at 30 to build up a 5-2 lead. As Pliskova was serving for the match at 5-3 and was just two points away from winning the match, Mladenovic got a break in the ninth game at 15 with a forehand winner to claw her way back to 4-5. Pliskova held her serve to love to stop a streak of three consecutive losing games.

Mladenovic earned a game point with a slice second serve before holding serve to draw level to 6-6 with an ace down the middle. With no tie-breaks both players went on serve in the next games.

Mladenovic saved two match points as she was serving at 8-9 to draw level to 9-9 before taking a medical time-out to have her left leg taped.

Pliskova broke straight back in the 24th game for 12-12 as Mladenovic made four unforced errors. Pliskova fended off two break points with her eighth ace for 13-12.

Mladenovic hit a backhand into the net to face three match points after 3 hours and 47 minutes. Pliskova got the decisive break at love on her first match point for 16-14, as Mladenovic sailed a forehand.

Thirty games was not a record, as Nathalie Tauiat beat Naoko Sawamatsu 17-15 after 32 games in a first round Fed Cup match in 1997.

“I feel fresh actually. It’s the longest match I played ever. I am really happy with the way I played. I didn’t have many chances in the final set. She was serving well. I was just looking at the score and still counting the games we were still continuing. It was an unbelievable match for both of us”, said Pliskova. 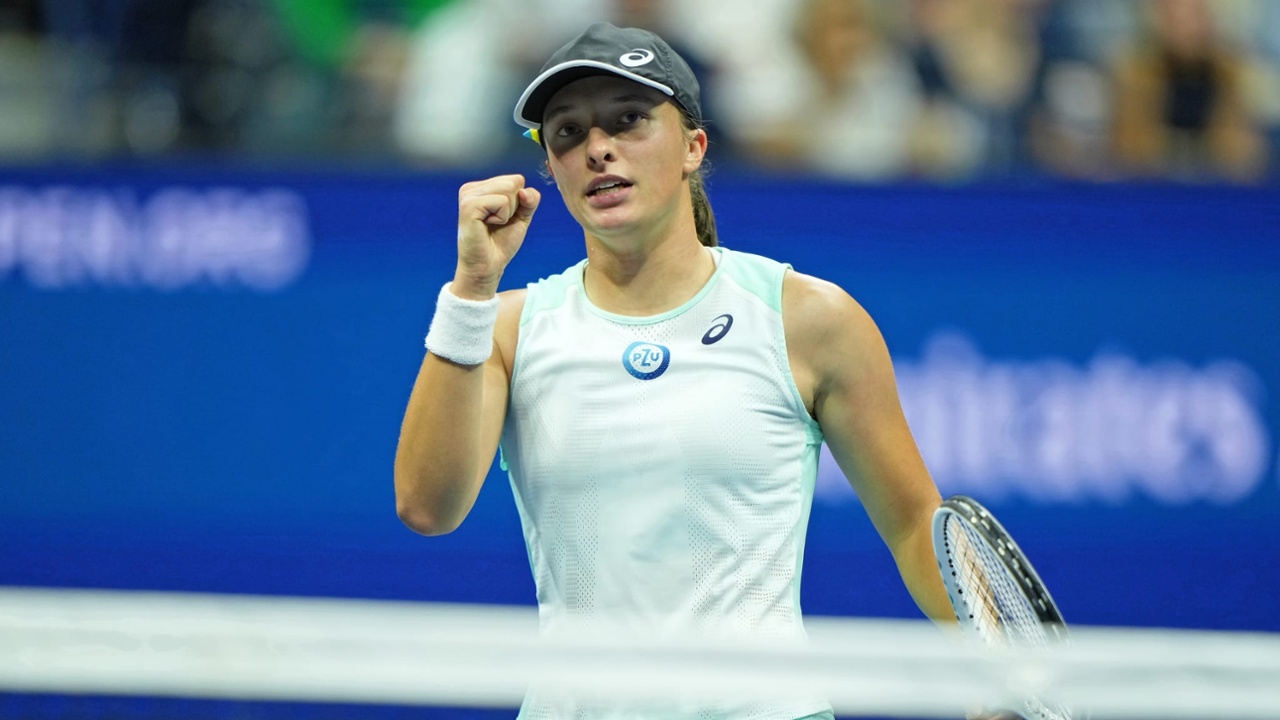