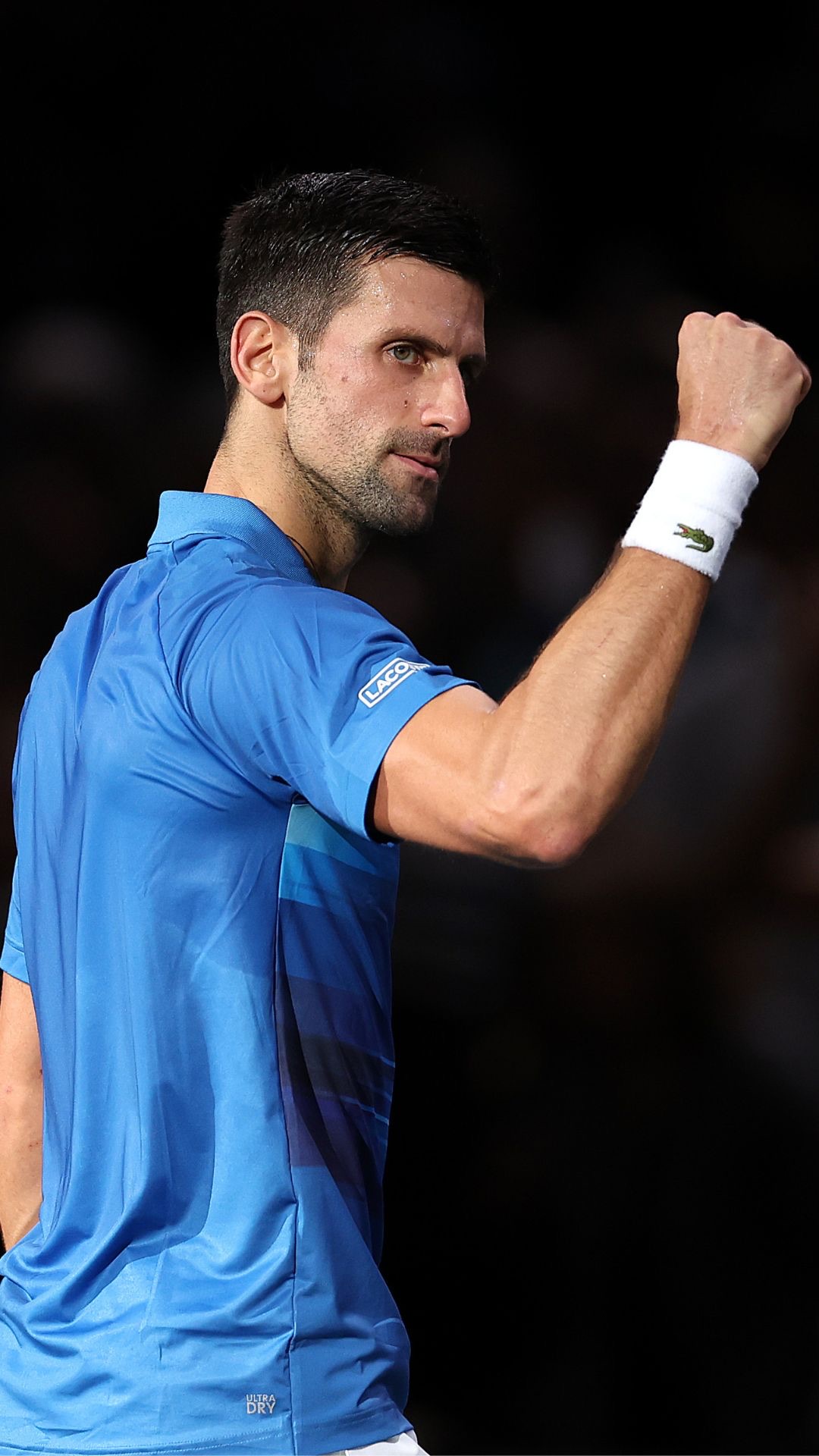 Novak Djokovic admits that he is happy and relieved that he will be able to play at the Australian Open after his ban was overturned.

The Serb spoke to the media after reaching the semi-finals at the Nitto ATP Finals in Turin.

Djokovic was dominant in his convincing 6-4 6-1 win over Andrey Rublev that sees him into the last four to most likely play either Taylor Fritz or Felix Auger-Aliassime.

However after the match the most noteworthy comment was another victory that Djokovic can boast about, but this time off court.

That’s because the former world number one will be allowed to play the Australian Open in January after his ban from the country was overturned.

The nine-time Australian Open champion was originally banned over his unconvincing vaccination passport but the ban has been overturned and Djokovic will be able to play the event in January.

“It was a relief obviously knowing what I and people closest to me in my life have been through this year with what happened in Australia and post Australia obviously. I could not receive better news for sure – during this tournament as well.

“Did it affect my game today? I would like to believe it did. Why not? I don’t think it did affect me too much because I’m familiar with what I need to do in order to prepare myself for every match.

“Of course, knowing that I have clarity now, what I do in the off-season, starting the season in Australia, also of course did relieve some of the pressure me and my team felt. Just giving that clarity makes it great for us.

“Australian Open has been my most successful Grand Slam. I made some of the best memories there. Of course, I want to go back there, I want to play tennis, do what I do best, hopefully have a great Australian summer.”

Speaking on the 19 year-old, Djokovic praised Alcaraz and how he has lead the next generation of players through his achievements this season, “He deserves it. No doubt about it,” Djokovic emphatically said.

“I don’t want to go into discussion what if I played less or more, whatever. It is what it is. Reality is that he’s No. 1. He deserves to be there. He won a slam. He won many matches in tournaments.

“He’s I think a great new face and a player for our sport. He’s a very nice guy. Works very hard. Has a good team of people around him. Represents himself and tennis in a good way. I find only the positive things to say about him.

“But I can say I learned a lot this year about myself, about the world that I live in, and about some people as well who have behaved in a certain way to me in this whole process.

“I’m always thankful to go through experiences, no matter what’s experiences are. I try to be optimistic and positive in life. I look forward to start the new year in Australia, and we’ll see how the next year goes.”

Before Djokovic can think about next season, the Serb has to remain focused on winning the Nitto ATP Finals with his final group stage match taking place on Friday against Daniil Medvedev.