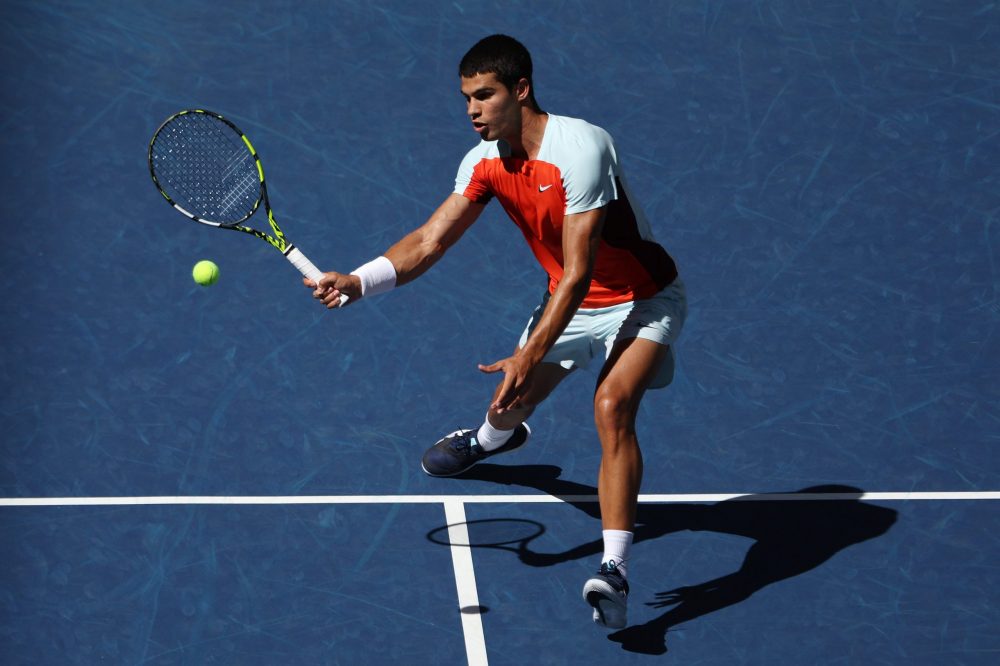 Carlos Alcaraz’s rapid rise this year has undoubtedly been one of the stories of the 2022 season.

The 19-year-old was ranked 32nd at the start of this year and had only won one Tour title in his career. In the coming months, he went on to claim another four trophies. Including Masters 1000 titles in Miami and Madrid. He is the youngest player to win an ATP 500 event, the youngest to beat both Novak Djokovic and Rafael Nadal in the same tournament, as well as the youngest player to crack the world’s top five since 2005.

Undoubtedly the rise of Alcaraz has generated mass attention with many placing him as one of the strongest contenders to take over the reign of the Big Three when the trio decide to step away from the sport. It isn’t just tennis fans and pundits who have praised the Spaniard. Two of the biggest names in women’s tennis are also fans.

Speaking to reporters earlier this year at the Western and Southern Open, Coco Gauff says watching Alcaraz play has helped her own learning process when it comes to playing big points during matches.

“At French Open, that’s what I told myself. I literally said ‘What would Carlos do?’ I’m just going to go big and go for my shots and go for these decisions,” she said.

Four-time Grand Slam champion Naomi Osaka has also previously said she watched videos of Alcaraz playing to help her regain momentum in her forehand. She lost in the first round of the US Open to Danielle Collins.

Alcaraz spoke about the comments he received following his second round win at the US Open on Thursday.

“I’m really happy to hear that, that the best women players say that about you. It’s great. “I’m trying to show all the players, all the people, that you have to enjoy, to go for it, to show your best level in the best moment, in the best style.” He said.

In his latest match, the third seed surged to a 6-3, 6-3, 6-3, win over Jenson Booksby to set up a showdown with former champion Marin Cilic in the last 16 of the New York major. Impressively finishing the match with a six-game winning streak.

The question is can Alcaraz go all the way in the tournament? One person who believes he can is Wimbledon finalist Nick Kyrgios who has previously named him as his pick for the title. Should he do so, Alcaraz would also become world No.1.

Alcaraz will play his fourth round match on Monday. He is the youngest male player to reach the second week of the US Open two years in a row since Pete Sampras did so in 1990.

Rafael Nadal Rates US Open Performance As Worse Than Australia