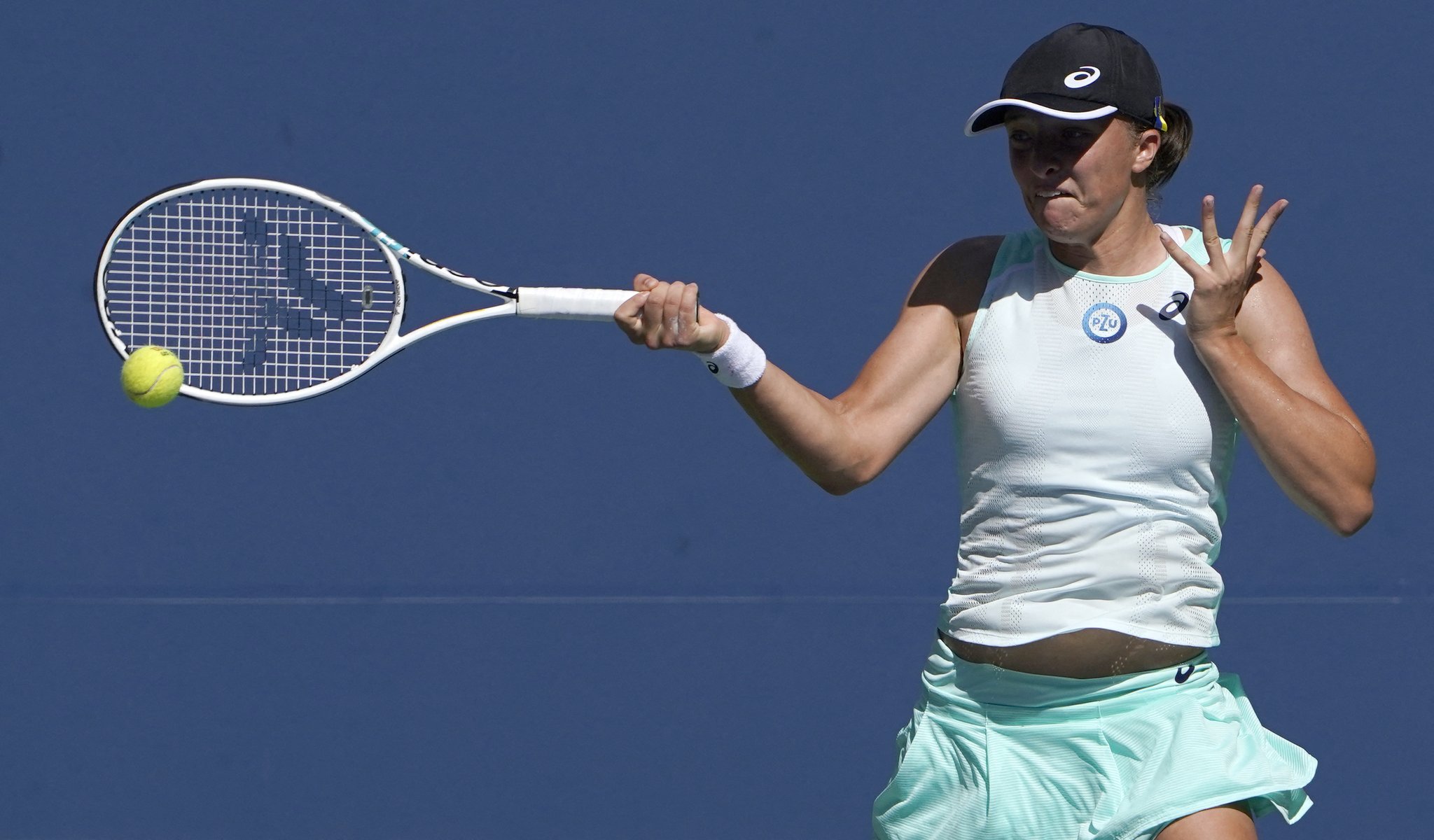 Iga Swiatek was among some of the big names to progress through in the women’s singles on Tuesday, while there were some hard-fought wins for some of the seeded players.

Here is your roundup so far of day 2 at Flushing Meadows.

Swiatek Puts Ball Concerns Behind Her

World number one Iga Swiatek kicked off her US Open campaign with a 6-3 6-0 win over Italian Jasmine Paolini to reach the second round in New York.
The Pole improved her opening round record at Majors to 14-1, and despite being broken twice in the first set, looked convincing throughout. She will face former US Open champion Sloane Stephens in a mouth-watering second round match.

Swiatek spoke before the tournament about her disdain of the balls used for the women’s tournament in New York but is feeling much better about her chances after her practices over the last couple weeks. After her victory today, Swiatek said “For sure, just the week before, which was in Cincinnati, which was pretty tough, here was much, much better, and I got a lot of confidence just from, you know, practicing and hitting the balls in, actually playing better and better every day.”

25th seed Elena Rybakina lost in her first Grand Slam match since winning Wimbledon as she went down 6-4 6-4 to French player Clara Burel, in what was her first US Open main draw victory. The Kazakh hit 37 unforced errors in an uncharacteristic performance during the heat of the day at Flushing Meadows and failed to rediscover the form that saw her become a Wimbledon champion in July.

Rybakina has spoken candidly about how she doesn’t feel like a Grand Slam champion because of ‘weak leadership,’ which stemmed from the tournament’s decision to not award ranking points after the WTA
decided to ban Russian and Belarusian players from the 3rd Major of the year. Burel will face Alison Van Uytvanck in round 2, after the Belgian defeated Venus Williams 6-1 7-6(5) on the Arthur Ashe Stadium.

There is much speculation as to whether Venus will follow her sister Serena into retirement from tennis, although nothing is official yet from the older of the two sisters. Both players, however, will be pairing up on Thursday in women’s doubles action.

Big Names Progress Through to Round Two

Elsewhere on Tuesday, Garbine Muguruza broke a three-match losing streak at Majors after beating Clara Tauson 6-3 7-6(5) in the opening round. The Spaniard, looking to return to her best form, faces 17- year-old Czech Linda Fruhvirtova next. Muguruza’s compatriot Paula Badosa fought from a set down to beat Lesia Tsurenko, 3-6 7-6(4) 6-3 and took advantage of a cramping Ukrainian in the deciding set.

Jessica Pegula Ready To Take Opportunity After Opening Round Victory