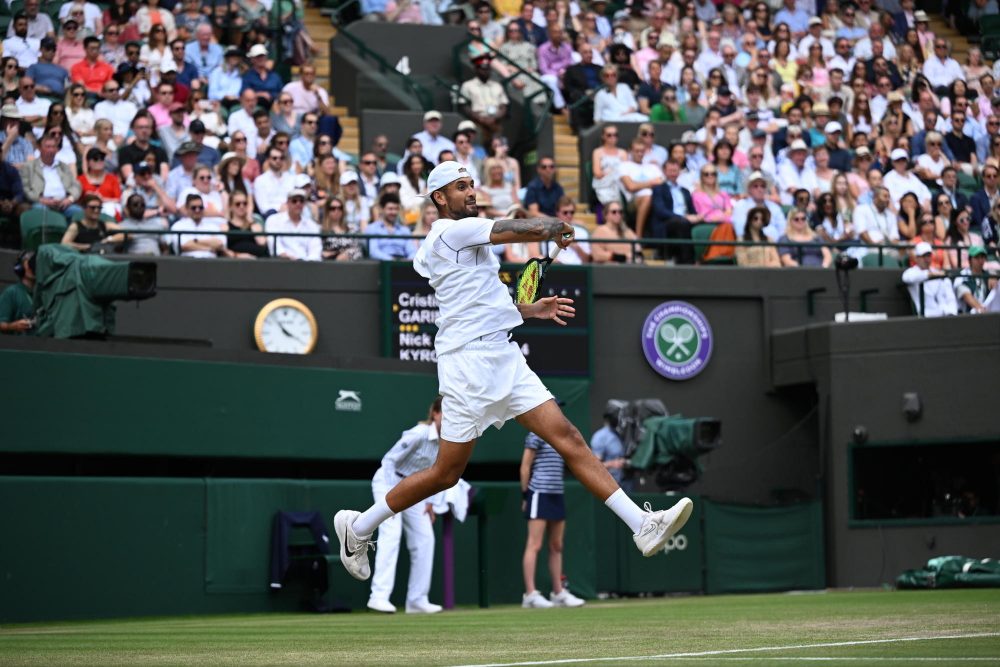 If it were two weeks earlier, no one would be worried about Nick Kyrgios crashing anyone’s on-court party at Wimbledon.

Of course, everyone expected to see Kyrgios’ usual antics and hear his bad-mannered rants.

But then the talented Australian got the best of Stefanos Tsitsipas with his trash talk and court antics until the Greek standout finally surrendered in frustration.

It wasn’t quite fair of Kyrgios to wave such a distracting wand at an opponent, especially in a Grand Slam tournament. So, a player quite capable of winning this Wimbledon was sidelined by the type of antics that should not even be allowed on any tennis court during a match that counts for anything.

KYRGIOS HAS THE TALENT TO WIN WIMBLEDON

If Kyrgios can play with some dignity against Novak Djokovic in Sunday’s final, everything should be in order. Kyrgios doesn’t need the help of such bad manners to win matches. He probably is the most amazing talent on the ATP Tour.

If he happens to win this Wimbledon, it’s quite likely that he will be known as the player who stole a Wimbledon title. Nevertheless, the powerful 6-4 Australian is knocking on the door of tennis royalty.

Of course, no one can blame Kyrgios for Rafa Nadal’s default to him in the semifinals.

This Wimbledon wasn’t quite the same for the men. Without Kyrgios’ antics, Nadal’s magical win over Taylor Fritz while fighting off the pain of an abdominal tear, and Djokovic’s mighty comeback from two sets down against Jannik Sinner, no one would be talking much about this Wimbledon.

Nadal’s default in the semifinals and Sinner’s win over Carlos Alcaraz might have saved the tournament for Djokovic.

I had sort of expected Sinner to upend Novak in the quarterfinals. Sinner was simply playing the best tennis in the men’s draw until he completed his domination of Djokovic in the first two sets of their five-setter. The Italian youngster then fell completely apart while practically handing a spot in the semifinals to Novak on a silver platter.

Djokovic will be very lucky if he is able to escape Kyrgios’ bag of tricks and talent in Sunday’s final.

What would happen if Kyrgios actually won a Grand Slam title on Sunday?

That might generate an end to the battle between old-timers Nadal and Djokovic for the most Grand Slam singles titles. With a calm head and his amazing talent and power, Kyrgios might become nearly unbeatable, especially by the combined 71-year-olds Nadal and Djokovic.

Kyrgios just needs to bring a cool head and his package of talent and power to Sunday’s battle to have an excellent shot at winning his first Grand Slam title.