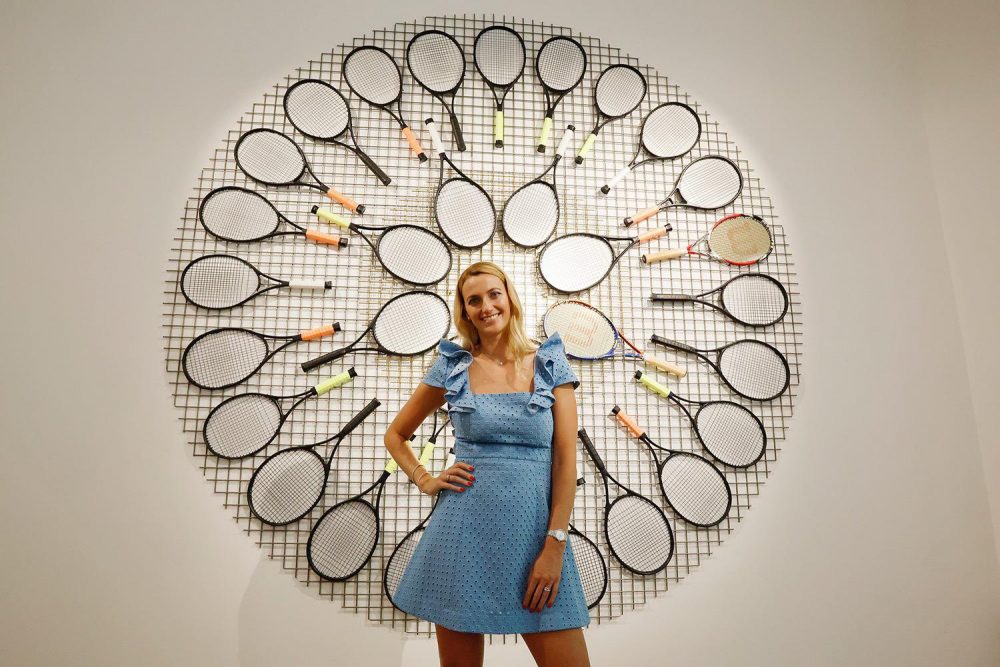 Two-time Wimbledon champion Petra Kvitova has achieved various accolades throughout her career and now she has her own museum to mark those achievements.

On Thursday the 32-year-old officially opened a Hall of Fame created in her honour in the Czech city of Fulnek where she was born. The facility has two separate areas. In one part of the exhibition tennis rackets, player accreditations, and even pieces of clothing belonging to Kvitova are on display. Then in a separate area, there are two trophy cabinets which include both the Wimbledon trophies she won in 2011 and 2014.

The idea of creating Kvitova’s own Hall of Fame came from her brother Libor and her father Jiri was involved in preparing the facility. Jiri, who was the person that introduced his daughter to tennis, was unable to attend the opening ceremony due to health reasons. The project was developed by the city of Fulnek and the Tennis Sparta Agency.

“It’s the first hall of fame for an individual athlete in the Czech Republic, so I’m glad that Fulnek is the first in something again,” Kvitova told Czech media.
“I gave my brother permission. I asked my dad, and even though he didn’t have much to do, he had to allow it. After all, they are my trophies,” she later added.

Kvitova has been an honorary citizen of Fulnek since winning her maiden major title back in 2011. During her career, she has won 29 WTA trophies, been ranked as high as No.2 in the world and has won more than $34M in prize money. She has beaten a top 10 player on more than 50 separate occasions.

Amid her success, Kvitova also had to contend with a serious hand injury that threatened to end her career. In 2016 an intruder entered her apartment and held a knife to the tennis player’s throat. Kvitova fought to free herself but in the process suffered a serious cut to her hand from the knife which required immediate surgery. Damage was done to her nerve and even when she returned to the Tour she had no feeling in some parts of her hand. After an extensive police search, Radim Zondra was convicted of the offence and sent to prison in 2019.

10 out of her 29 titles were won after returning to the Tour following that ordeal.

According to Tenisovy Svet, one of the items on display is a wooden racket which Kvitova used when she first started to play tennis.

“I have two older brothers who played tennis. As the youngest, I ran with them and handed them balls. That bat has been through a lot,” she said.

Another item is her runners-up trophy from the 2019 Australian Open which she describes as the most ‘painful defeat’ of her career. She missed out on winning the title to Naomi Osaka who battled to a marathon 7-6(2), 5-7, 6-4, victory.

“Probably no one believed that I could be in the final of the Grand Slam again. It was probably the most painful defeat in my career, but when I look back on it, I think it was an amazing success after everything that happened,” she reflected.

Kvitova will return to competitive tennis next week at the Prague Open where she is set to be the third seed.

The Petra Kvitova Hall of Fame in video (source – iDNES)