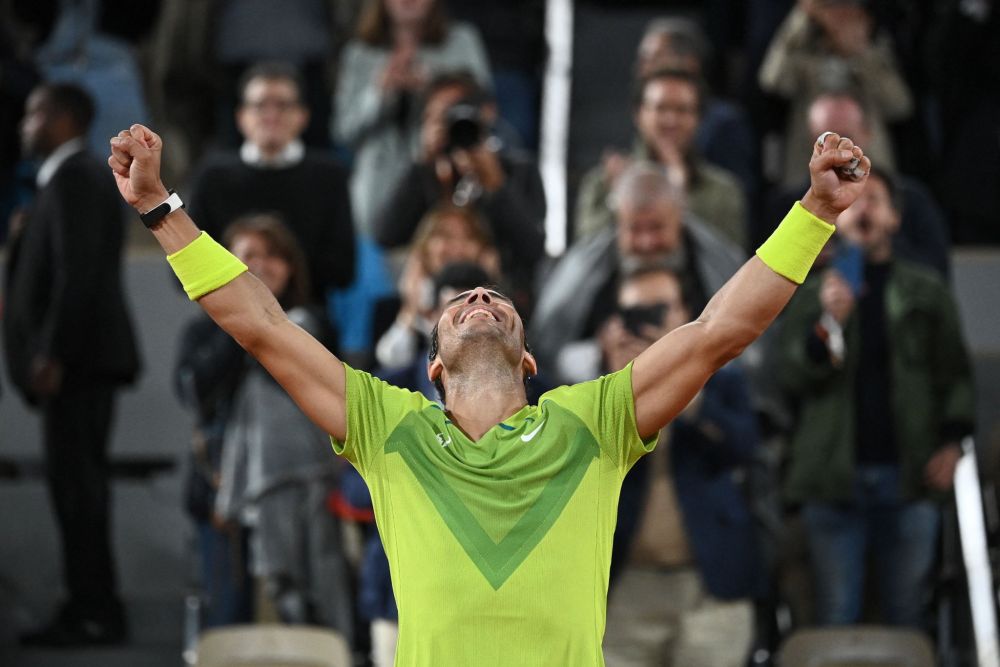 Everyone seemed to be worried about Rafa Nadal’s left foot. And they all might have seen the worries about men’s tennis’ all-time Grand Slam singles title leader come true, if the French Open semifinal had played all the way out.

Of course, that didn’t happen. And Nadal should be in relatively good shape for Norway’s Casper Ruud in Sunday’s final, even though Ruud is 13 years younger.

Rafa’s 36th birthday party turned into something of a disappointment for almost everyone. Even Rafa was almost in tears.

It turns out that Rafa’s opponent, hard-hitting Alexander Zverev, decided the match when he stumbled on the last point that was played in the 12th game of the second set. Sascha, as his friends call him, rolled and lay crying out while holding his right ankle on the red clay of Roland Garros’ Court Philippe Chatrier

Zverev was taken from the court in a wheel chair. When he returned to the court to retire, he was on crutches with his bare right foot lifted.

They had played for more than three hours, but didn’t even finish two sets.

AMAZING SHOT-MAKING BY BOTH PLAYERS

Both Nadal and Zverev made amazing shots throughout the match, but the second set wasn’t always pretty, even before Zverev’s tumble.

The match will be long remembered by the fans in a packed stadium and TV viewers. After that wonderful first set in which Nadal owned three set points, only to be forced into a tiebreaker,

Zverev even had four set points of his own in the tiebreaker when he grabbed a 6-2 lead, but Nadal finally closed out the 6-6 German on his sixth set point of the first set, 91 minutes into the match.

Nadal looked out of sorts in his first four service games of the second set. He was broken in all of them, a rarity for Rafa.

The Spanish left-hander seemed to find new life to hold service in the 10th and 12th games. As Zverev’s mighty forehand down the line landed outside of the line to end the 12th game, Zverev was tripping up over his right foot and tumbled to the turf, ending his hopes of winning a first Grand Slam title.

Of course, Rafa goes on to his 14th French Open final. He has never lost a Roland Garros final.

Winning a 22nd Grand Slam title would give Nadal what might be an almost unbeatable lead in his race with 20-time Grand Slam champions Novak Djokovic and Roger Federer.