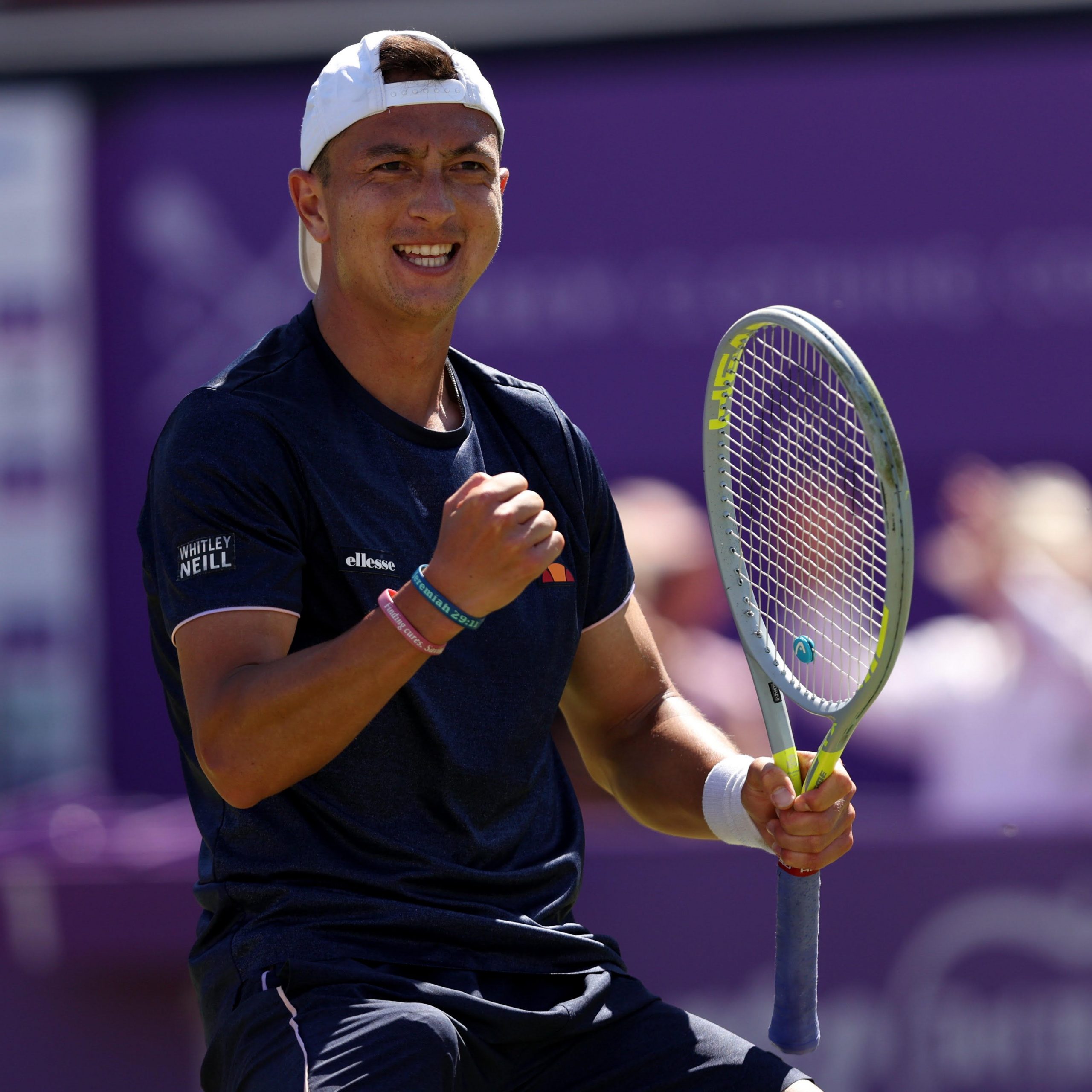 Southend local Ryan Peniston captured the biggest win of his career on his ATP debut as he shocked world number five Casper Rudd.

Both players held serve in the first set with a tie-break required to separate them.

In the second, the two traded breaks before Peniston played the smarter grass court tennis to seize a one-sided tie-break and thus the match.

Next up for the Brit is Argentina’s Francisco Cerundolo who beat Spain’s Pedro Martinez comfortably 6-3, 6-2.

Defending champion Matteo Berrettini backed up his title success at the weekend in Stuttgart with another notable victory as he saw off Dan Evans in straight sets.

The British number two went down 6-3, 6-3 to the far more superior Berretteni.

Last year’s Wimbledon finalist crucially struck at the business end of both sets, at 4-3 ahead, striking crucial breaks to help ease him into the round of 16.

The second seed, the highest remaining now at Queen’s, will either face fellow Italian Lorenzo Sonego next or lucky loser Denis Kudla of the United States.

The American veteran, now ranked at 121 in the world, played well above his ranking to destroy the Argentine in the opening set with two breaks of serve.

A patient but clinical second set followed as the 34-year-old took the decisive break to move 3-2 ahead, before holding his nerve to set up a meeting with Filip Krajinović.

It was a pleasant day of shocks as the underdogs won through.

First, Querrey with a blast from the past, showing us he still has it on a grass-court.

Having won this tournament many moons ago, the American showed he could be a potential dark-horse as the tournament goes on.

To beat Schwartzman was a huge scalp, even if the Argentine is clearly much more comfortable on clay.

And the buzz factor of the afternoon at Queen’s came as Peniston completely shocked the French Open finalist Rudd.

Such a good story, on his ATP main draw debut no less.

So, two big seeds have fallen but the tournament favourite Berrettini marches on.

Felix Auger-Aliassime survives scare to get past Giron in Halle