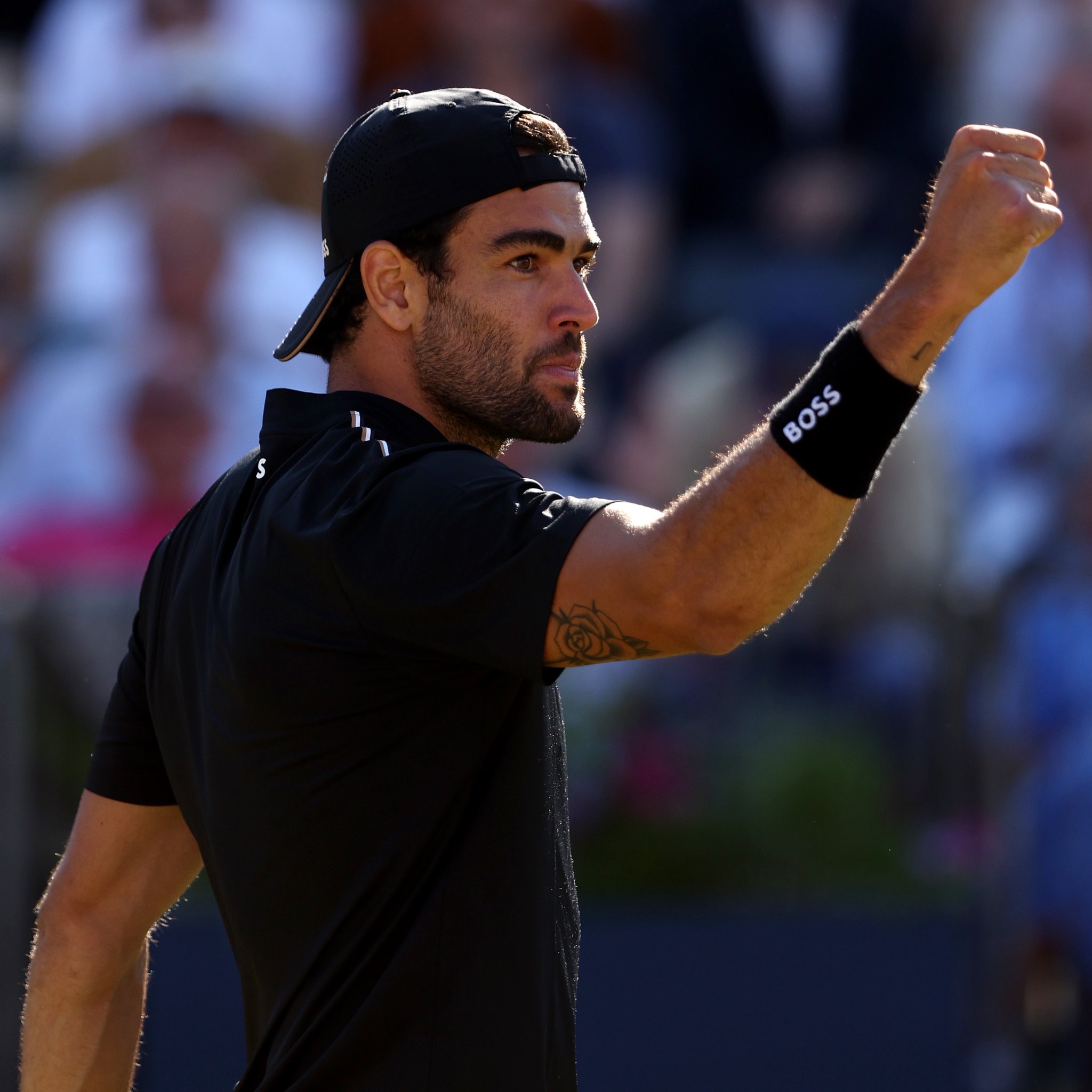 Defending champion Matteo Berrettini marched into the semi-finals of the Cinch Championships with a dominant performance against Tommy Paul.

After the match I asked the burning question, I most wanted to ask him.

‘Last year you only lost at the Grand Slam’s to one player:  Novak Djokovic.

‘I just wanted to ask you; in your free time or during training do you think to yourself, how can I beat him?

‘Does that cross your mind? I have to do this, this and this.

What’s the solution and, what do I have to do in order to achieve that goal?’

“Yes, I lost to Novak and then to myself because I got injured (he retired before facing Stefanos Tsitsipas at the 2021 Australian Open).

“We sat down and watched the matches to see what I did good and what I didn’t do so great,” he said.

“Beating him in a Slam is probably one of the toughest things you can ever do, you know,” said Berrettini who lost to Djokovic in Paris, London and New York last year.

“He won three Slams last year and made the finals in the fourth.  So, it’s not easy to find a way.

“But one thing is for sure.  Every time I play him, I feel I’m getting closer and closer because, obviously, the more you play against someone, the more you learn about them,” said last year’s Wimbledon finalist.

“And every time I play against these players, I’m improving, even if I lose the match. So, I think it’s about time I won,” said Berrettini.

“Last year was my first ever Grand Slam final. For him it was the 30th I think.

“It is a big thing but I don’t think there is something specific and I wouldn’t tell you because then he would know!

“But jokes aside, I think, I’m not that far, but obviously I know that it’s not that easy.”

Berrettini faces off against Dutchman Botic van de Zandschulp for a place in Sunday’s final.