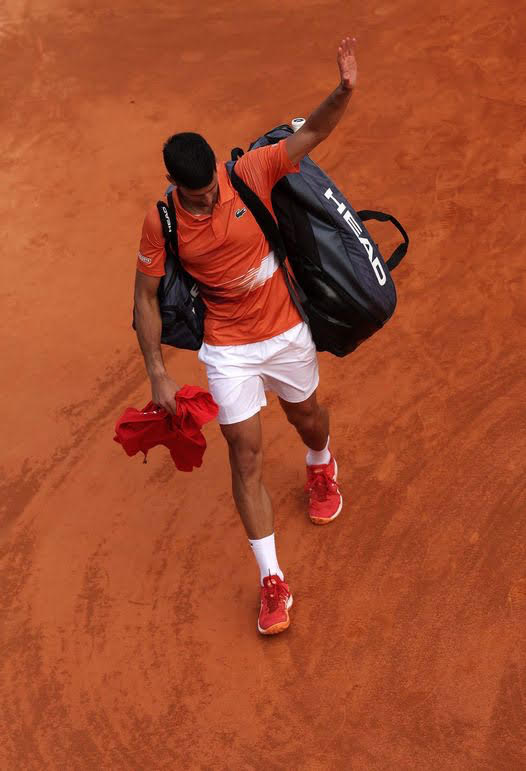 This week’s Monte Carlo Masters has been eventful to say the least.

The likes of serial winner Rafael Nadal, as well as Roger Federer, who has interestingly never won this event, one of two rare Masters 1000 trophies missing from the Swiss’ trophy cabinet, Andy Murray and Dominic Thiem, were absent.

However, this hasn’t stopped the tournament being one of the best ever editions in its unpredictability.

1.  Novak Djokovic bows out at the first hurdle

The biggest shock of the week perhaps was how poorly the world number one played in his round of 32 defeat to the unfancied Alejandro Davidovich Fokina.

Djokovic may well have fought back to scrape the second set by a mere couple of points but he was well and truly ousted in the final set by a thumping scoreline.

The world number one was swiftly put to the sword as he dropped serve a shocking nine times for the first time in his career.

After the match he admitted to ‘completely collapsing physically’, suggesting a lack of match fitness, in just his second tournament of the year.

For Davidovich Fokina, most players would experience a hangover effect and lose the following match.

This hasn’t been the case for the 22-year-old Spaniard who has impressed on his way to the semi-finals with notable wins against the likes of in-form Belgian hotshot David Goffin and Indian Wells champion Taylor Fritz.

With a maiden Masters 1000 appearance against Bulgarian Grigor Dimitrov, and a surprise place in the final at stake, it’s completely possible the Málaga native might go all the way, as he continues to smash new personal records.

Three-time Grand Slam champion Stan Wawrinka made his long-awaited return from injury with a decent performance.

The Swiss impressively took the opening set against Alexander Bublik, a player interestingly, exactly 200 places above him in the world rankings. (36 and 236)

But the 37-year-old’s year off the ATP circuit soon showed as the Kazakhstan ace took the second set, and soon motored away in the third as Wawrinka tired.

The result was no real surprise, and after taking the first set, I personally thought this would be the outcome.

A shame that Wawrinka wasn’t able to see out the win in the second set, but he will be thrilled to be back on the court competitively, on a major stage no less, and playing good tennis at front of big crowds.