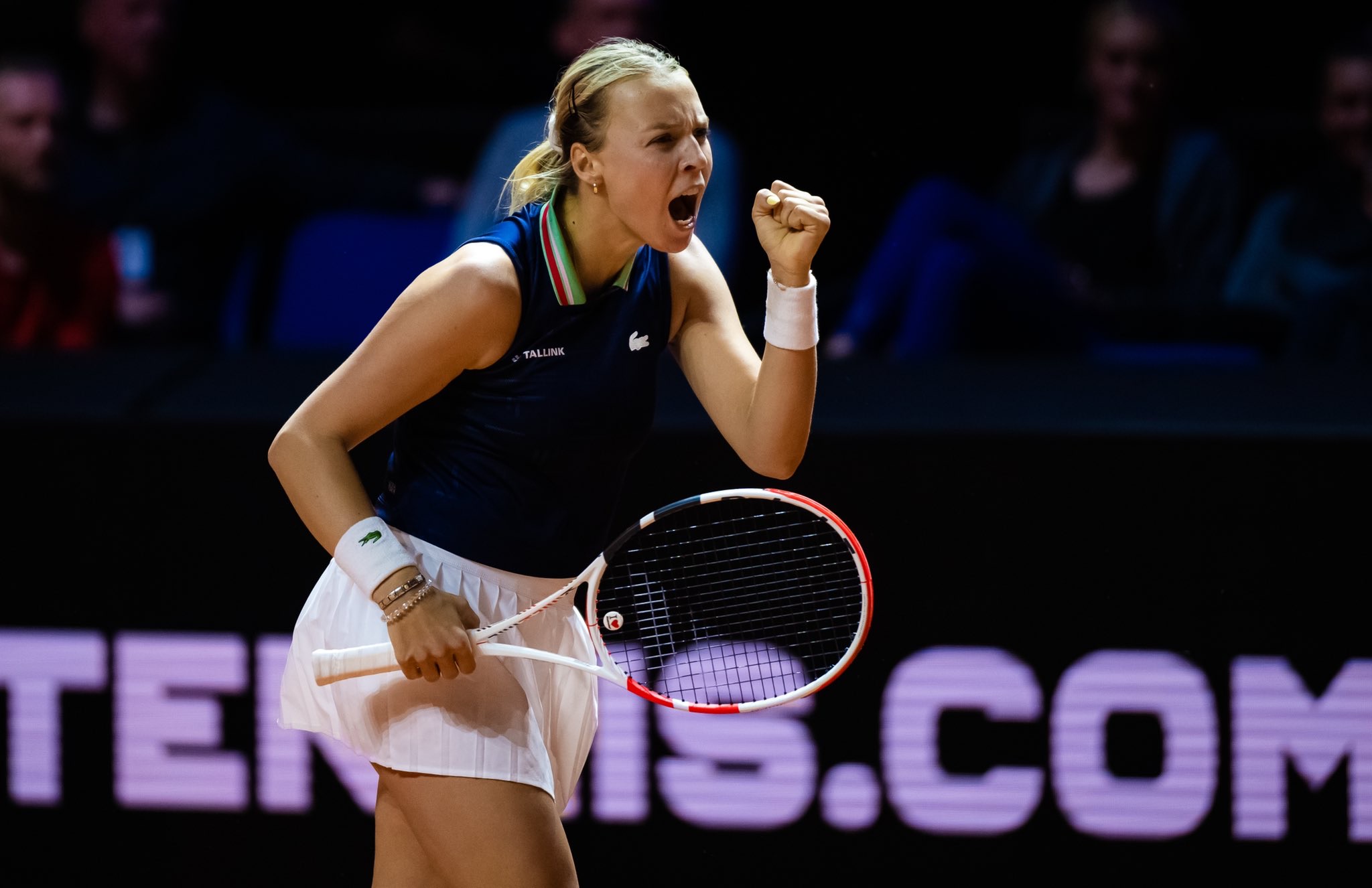 The Estonian is into the round of 16 after beating the local German favorite in three tight sets.

Anett Kontaveit is into the round of 16 at the Porsche Tennis Grand Prix after beating the world number 17 and German Angelique Kerber in three sets 3-6, 6-4, 6-4 in two hours and two minutes.

The Estonian hit 37 winners in the match while the German hit 30 unforced errors.

“She played really well and she was aggressive and it was my first match on clay so that’s tricky and I feel I found my game in the second set and felt more comfortable with the serves and got my match going.”

It was indeed the German who got off to a fast start breaking the number five seed to love and managed to turn that break into a double break before the world number 17 got one of those breaks back.

Kerber was able to get one more break of serve at 5-3 to take the first set after a poor service game from the Talinn, Estonia native.

Kontaveit had three cracks in the first game of the second set to break and it was third time lucky as she was able to get the early break and flip the script on the German.

The Estonian had a chance to go up a double break but Bremen native saved all four breakpoints she faced and was able to hold serve. At 3-2 Kerber once again had a chance to break back to go back on serve but was denied by the world number six again.

The number five seed was able to serve out the second set and the match went into a third and deciding set.

The Talinn native continued to push in the beginning of the the third set but the German was able to save all three breakpoints she faced in the opening game and held serve once again.

The number five seed got the first break at 1-1 on her second time of asking and turned that into a double break to take a 4-1 lead but was broken the following game and Kerber got a break of serve back.

At 5-4 Kontaveit served out the match to set up a round of 16 matchup with Ekaterina Alexandrova who she will face on Thursday.

After the match in her post match interview she was asked if she had any issues playing on clay.

Another busy day at the Porsche Arena in Stuttgart on Wednesday with the last first round matches being completed and one second round match.

The new world number one Iga Swiatek had no issues getting past the German qualifier Eva Lys 6-1, 6-1 in 62 minutes, the Britt Emma Raducanu also had no trouble beating the Aussie Storm Sanders 6-1, 6-2.

We had the battle of the Czechs as Karolina Pliskova came back from a set down to beat Petra Kvitova 4-6, 6-4, 7-6 in two hours and six minutes.

Thursday order of play features some mouth watering matches as players will be battling it out for a spot in the quaterfinals.

The number two seed Paula Badosa will play her first match of the week as she faces the Kazak Elena Rybakina, the Canadian Bianca Andreescu faces another tough test in Aryna Sabalenka.