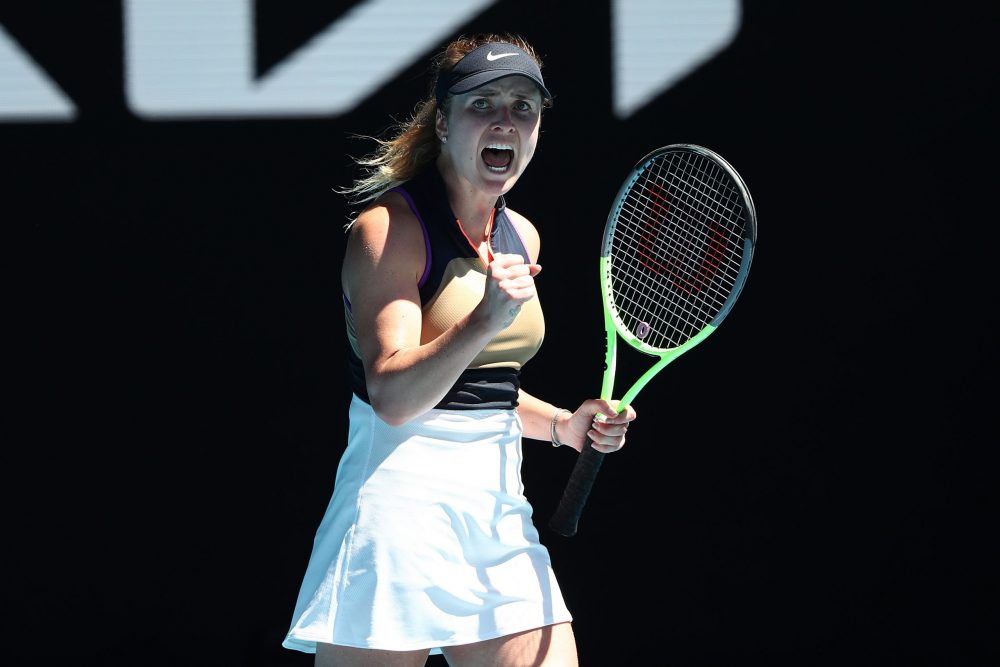 It has emerged that Elina Monfils’ threat to withdraw from this week’s Abierto GNP Seguros Open in Monterrey has been cancelled after organizers agreed to a series of conditions.

On Monday the world No.15 said will not be playing against Anastasia Potapova following Russia’s invasion of her native Ukraine. In a statement Monfils, who states she doesn’t hold anything against her opponent, called for the WTA to follow a recommendation by the International Olympic Committee to reclassify Russian and Belorussian players as neutral athletes. She also urges that all national national symbols, colours, flags and anthems be removed.

‘Dear all, I believe the current situation requires a clear position from our organisations: ATP, WTA and ITF,’ Monfils wrote on Instagram.
‘As such we – Ukrainian players – requested to ATP, WTA and ITF to follow the recommendations of the IOC to accept Russian or Belarusian nationals only as neutral athletes, without displaying any national symbols, colours, flags or anthems.
‘Accordingly, I want to announce that I will not play tomorrow in Monterrey, nor any other match against Russian or Belarusian tennis players until our organisations take this necessary decision.
‘I do not blame any of the Russian athletes. They are not responsible for the invasion of our motherland.
‘Moreover, I wish to pay tribute to all the players, especially Russians and Belarusians, who bravely stated their position against the war.
‘Their support is essential.’

However, it appears that there has been a new development to the situation with one reliable Ukrainian source reporting that an agreement has been reached for the match to take place. No official announcement has been made and the WTA is yet to comment on the matter. During a short period of time the Russian flag was removed from the WTA official website and app for a few hours before returning a few hours later.

According to BTU.ua, Monfils has confirmed that her match against Potapova will take place in accordance to the conditions she outlined in her statement. Furthermore, according to the latest updated version of the Monterey draw which was published on March 1st, Monfils is still down as playing.

“Everything has been agreed. The personnel responsible for broadcasting the match, as well as those responsible for the game, have confirmed that all flags and written attributes pointing to Russia will be removed during tomorrow’s (Tuesday’s) match,” she said.

Tennis’ governing bodies are currently under pressure to clarify their stance on the participation of Russian and Belarus athletes in light of a call by the International Olympic Committee to ban all of those athletes from international competition due to the war in Ukraine. Last week the ITF issued a statement on the issue, saying that no tournaments will take place in the region. However, neither the WTA or ATP has publicly commented on the matter.

Monfils is one of two players taking part in Monterey this week with the other being Leylah Fernandez.