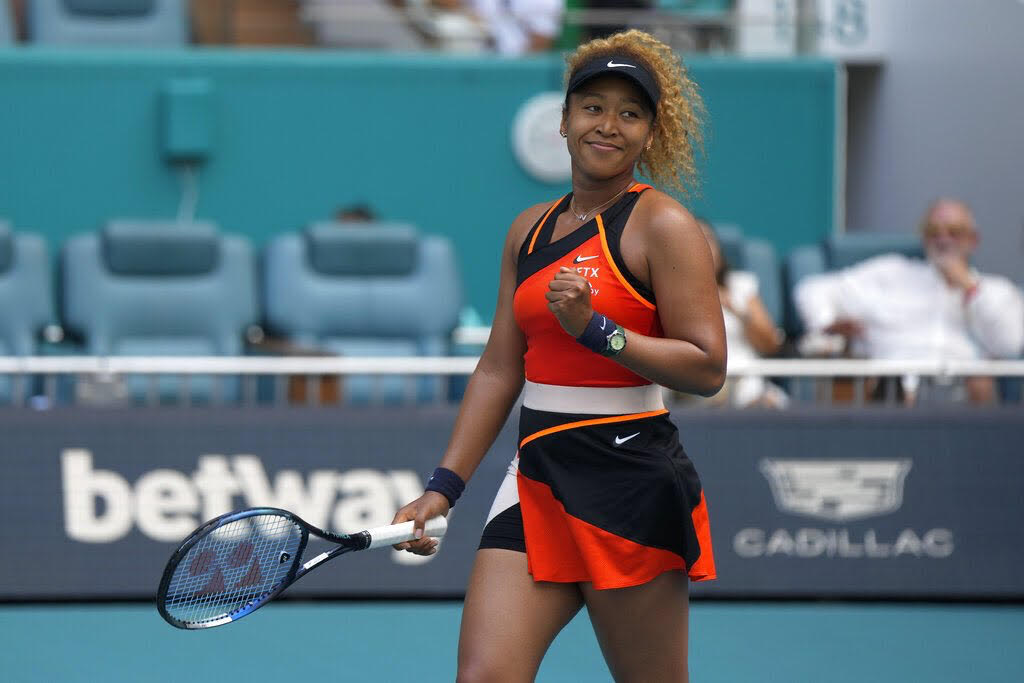 We’re now at the quarter-final stages of the women’s edition of the Miami Masters, and there are names there that have lit up the tour elsewhere at other hard-court events.

Let’s look at Naomi Osaka to start with.

This the obvious example as she has twice won each of the Australian Open and US Open.

She is therefore very well placed to win in Miami as the conditions are similar to that in New York in the final Grand Slam of the year, where she has enjoyed such success.

If the Japanese plays her best tennis, there is no doubt that she can be champion on the East Coast.

Her tennis has translated well to these courts, but is her run to the quarter’s a surprise considering recent events and distractions?

The former world number one has slipped to 78 in the world and has cited her mental health as being majorly affected in recent months.

This has been reflected by poor performances on the court.

She exited in the second-round of last year’s French Open and didn’t fare much better at the US Open, as she went out in the third-round.

More recently, this year, Osaka went out in the third-round of the Australian Open and was in tears as she lost in the round of 64 at Indian Wells after heckling and abuse from the crowd.

However, she hasn’t dropped a set and is still looking good.

Her next opponent is Danielle Collins another Queen of hard-courts.

The 28-year-old from Florida reached the Australian Open final in January, and has only played in Dubai since then.

There she lost in the round of 32, so has had no recent form going into the Miami Open, yet has played some superb tennis.

Her latest victory coming against Tunisia’s Ons Jabeur; 6-2, 6-4, a player many on the WTA Tour are wary of.

She will have nothing to lose against Osaka and that could well be the pick of the quarter-finals.

Fifth seed Paula Badosa of Spain is another who can play very well on hard-courts.

The 24-year-old won the winter edition of Indian Wells last year, and reached the semi-finals of the WTA Finals in Guadalajara.

This year, she has won the Sydney International in January and came very close to defending her title at Indian Wells, just coming up short in the semi-finals against Maria Sakkari.

But her next match will not be easy as Jessica Pegula of the United States is also strong on hard-court.

The New Yorker got to the quarter-finals of the Australian Open before falling to eventual champion Ash Barty.

Perhaps she hasn’t made it as a total queen in this category but she can certainly draw on her experience Down Under.

We also have Swiss star Belinda Bencic who won the Olympics in Tokyo on hard-court last summer.

She has now gone deep in Miami and is yet to drop a set.

And finally, how can we not mention the new world number one, Iga Świątek.

Having won the French Open in the autumn of 2020, many tennis fans could be forgiven for thinking she was merely a clay-court specialist.

However, her title win at Indian Wells last week has solidified her claims that she can mix it up on other surfaces.

She also made it to the semis in Australia before losing to Collins.

Now she has the chance to win a historic Sunshine Double and after an impressive victory over young American star Coco Gauff, anything is possible.

Tonight’s quarter-finals should be lit!