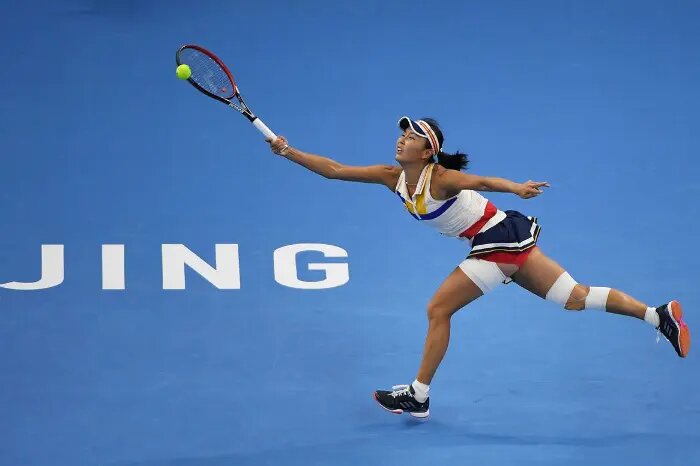 Chinese tennis star Peng Shuai says a ‘huge misunderstanding’ has occurred over a Weibo post by her in which she accused a former senior political figure of sexual abuse.

On November 2nd the two-time Grand Slam doubles champion published a lengthy post alleging that former Chinese Vice-Premier Zhang Gaoli had forced her into sex during a years-long relationship. Sending shockwaves around the world as it is rare that such claims are made against senior members of the Chinese Communist Party who control most of the country’s media outlets.

The post vanished from the internet less than an hour after being posted and Peng disappeared from the public spotlight for weeks. Promoting international concern over her welfare amid fears she is being censored by authorities. Her claims were never covered by news outlets in China who are closely linked to the government. However, those same organizations subsequently published various photos and videos of the tennis star on social media aimed at the Western media.

Peng is currently in Beijing, where the Winter Olympic Games are taking place. For the first time since her Weibo post she has spoken to Western journalists after French sports newspaper L’Equipe were granted permission following a request. The interview took place under a series of agreements, including that she only answers in Chinese even though she has previously conducted press conferences in English. Also present during the interview was Mr Wang Kan, chief of staff for the Chinese Olympic Committee who acted as a translator. L’Equipe also used a Paris-based translator to verify what was said.

“There was a huge misunderstanding in the outside world following this post. I don’t want the meaning of this post to be twisted anymore. And I don’t want any further media hype around it,” Peng said during an hourlong interview.

The 36-year-old now insists that she never made any allegations of sexual assault against Gaoli despite the post which rapidly disappeared. When asked why it was removed, Peng said she deleted it. Questioned as to why she did so, she replied ‘because I wanted to.’ Censors in China prevented replicas of the post to be uploaded online and Peng’s Weibo account was censored from allowing others to comment on her posts.

Peng denies that she disappeared shortly after the publication of her Weibo post. Instead, she says she couldn’t reply to the sheer amount of messages which were being sent to her. Prior to L’Equipe, her only communication with a non-Chinese organization has been the International Olympic Committee who previously held video calls with her prior to the Olympics.

“I never disappeared. It’s just that many people, like my friends or people from the IOC messaged me, and it was simply impossible to answer so many messages,” she said.
“But I’ve been always in close contact with my close friends. I talked to them, I answered their emails, I also talked with the WTA.”

Peng says she was unaware of the level of interest she has generated around the world because she ‘doesn’t watch the news from foreign media’ very often. Various tennis players, human rights organizations and celebrities have spoken out in support of the tennis star in recent weeks. The hashtags #FreedomForPengShuai and #WhereisPengShuai has dominated social media.

Claiming that her life has been ‘nothing special’ since the Post was made public, Peng didn’t directly address if she got in trouble with the Chinese authorities.

“First of all, I’d like to say that feelings, sports and politics are three very distinct things. My lovelife problems, my personal life must not be mingled with sports and politics,” she said. “And sports must not be politicized because when that happens, most of the time it means turning one’s back on the Olympic spirit and it goes against the will of the sporting world and the athletes.”

Peng revealed that she held a meeting with IOC president Thomas Bach on Saturday. She says the two had a ‘nice discussion and exchange’ about topics mainly related to the Olympic movement. There was no mention as to if Bach made any inquiries about her welfare or discussed her previous allegations. Although Peng did say she would like to visit the Olympic museum in Lausanne, Switzerland.

As for her future in tennis, the former world No.1 doubles star indicated that she will be retiring from the WTA Tour due to ongoing knee problems but hopes to one day play in senior events. 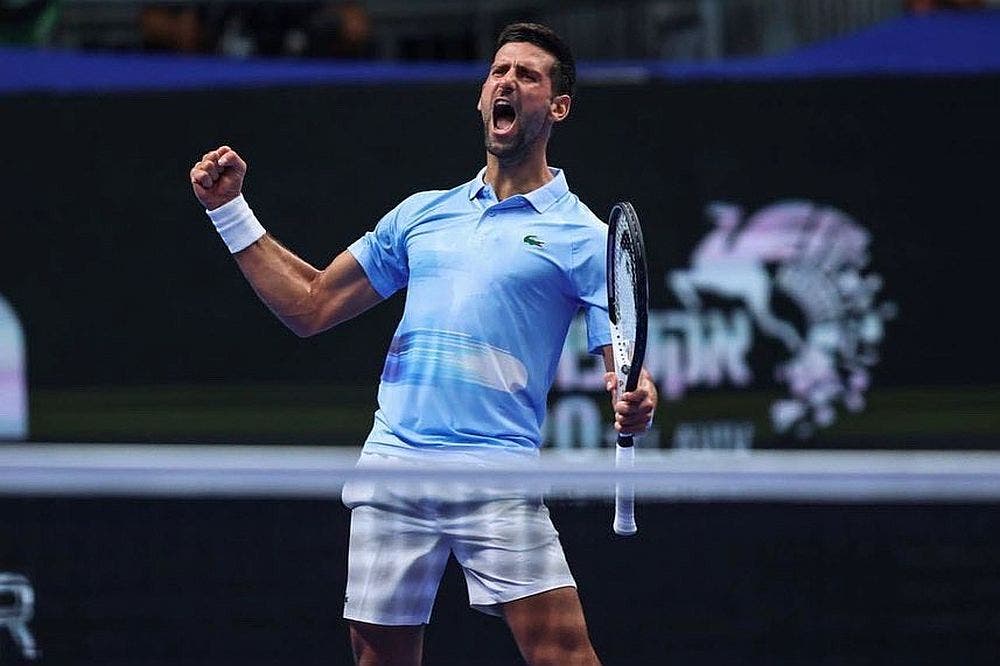 Top seed Novak Djokovic beat Marin Cilic 6-3 6-4 with one break in each set to claim the Tel Aviv Watergen Trophy on ind without dropping a set in the whole week.

Djokovic won his third title in 2022 and the 89th of his career becoming the first player to win a title on hard court in Tel Aviv, on clay in Rome and on grass at Wimbledon. Next week he will be aiming to win his fourth ATP title of the season in Nur Sultan.

“I played some good very tennis. I did not drop a set the entire week. I had not played a tournament in three months, so it was really extra motivation to really do well, especially because people have been so friendly of me throughout the week. I am taking some great confidence into next week”, said Djpkovic.

The Serbian player did not drop a single set in Tel Aviv beating Pablo Andujar, Vasek Pospisil and Roman Safiulin in the run-up to the final.

Cilic faced just four break points all week, but Djokovic put the Croatian’s serve under threat and broke serve in the fourth game to take a 3-1 lead. Djokovic did not face a break point and he found under pressure at deuce, while he was serving for the set, but he held serve with back-to-back aces to close out the first set 6-3.

Djokovic broke for the second.time in the match in the first game of the second set with a deep return. The former world number 1 player held on his next service games to seal the second set 6-4. Djokovic faced just break point in the final.

Djokovic has extended his lead to 19-2 in his 21 head-to-head matches against Cilic, who celebrated his birthday on 28 SSeptember.

“It was a fantastic week for me, celebrating my 34th birthday. I did not have a chance to celebrate with so many people around, but next time I am buying drinks for everybody”, said Cilic.