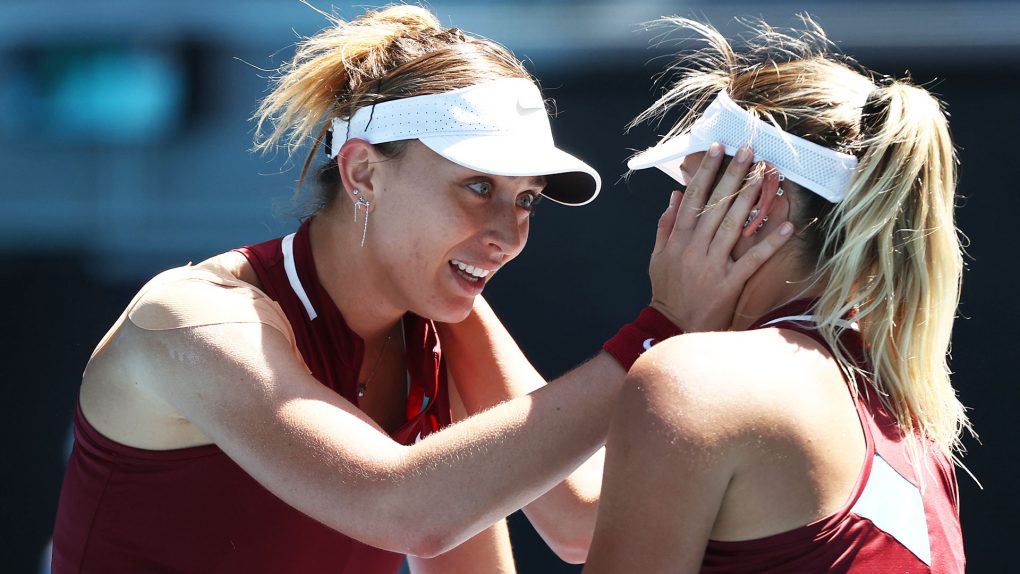 Eighth seed Paula Badosa said it was ‘nice to have a battle’ on court after fighting her way past Marta Kostyuk in the third round of the Australian Open.

The world No.6 was pushed hard during the lengthy encounter which lasted more than two hours before prevailing 6-2, 5-7, 6-4. Badosa broke her opponent seven times but also got broken herself on five occasions. In total she produced 25 winners compared to 42 unforced errors and won 65% of her first service points.

“I was expecting a tough match against her. I know she likes to play big matches. I knew she was going to give a very high level. I’m really happy that I could get through this match,” the Spaniard said afterwards.

Badosa’s roller-coaster encounter saw continuous changes of momentum throughout. In the second set she had a chance to force a tiebreak and potentially close the match out in straight sets but was broken by Kostyuk. Then in the decider she failed to maintain two break advantages before getting a third which was enough to seal victory.

Following the marathon clash there was a warm embrace at the net between the two players who are friends off the court.

“I really respect her. We have known each other for a long time. We’re very good friends,” Badosa explained.
“She told me (at the net) that if I keep playing like this, I could have a very good result here.’
“It’s nice to see this kind of relationship after a tough loss for her. It’s very nice, her reaction.”

Prior to this year the 24-year-old had only ever won one main draw match at Melbourne Park. Her breakthrough at the tournament follows what was a career-best 2021 season where she won two WTA tournaments, including the prestigious BNP Paribas Open in Indian Wells. She is now at a career ranking high of sixth in the world, having began last season at 70.

“I’m playing well. I’m winning matches. I’m playing on big stages that I always wanted to play, on these courts,” she replied when asked about her rise in the game.

Awaiting Badosa in the last 16 will be Madison Keys who knocked former champion Sofia Kenin out of the tournament earlier this week. Keys, who is a former top 10 player herself, outlasted China’s Wang Qiang 4-6, 6-3, 7-6(2).

“She likes to play big, and she likes to play on big stages as well. She’s used to it and she’s playing with confidence,” Badosa said of the American.
“It’s going to be tough. But you’re in the second week (of a Grand Slam), so I’m expecting tough matches now.”

Badosa is currently on an eight-match winning streak following her recent triumph at the Sydney International.