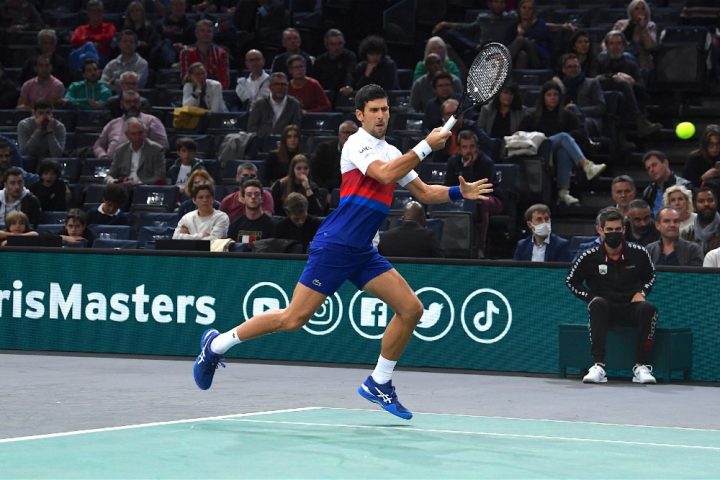 As Novak Djokovic’s Australian Open Participation hangs in the balance, tournament officials are feeling the heat.

On Wednesday the world No.1 was denied entry into Australia after having his visa revoked. The Australian border (ABF) force said their decision was made because the Serbian ‘failed to provide the appropriate evidence to meet the entry requirements.’ According to one source, Djokovic’s paperwork upon arrival in the country was ‘minimal’ and supported by evidence from just one doctor instead of the usual three required. Meaning, he didn’t provide enough proof to justify that he didn’t need to have a vaccine.

It is understood that Djokovic applied for a medical exemption to play at the Australian Open on the grounds that he has had covid-19 over the past six months which has deferred him from having a vaccine. This was approved by two independent panels of medical experts which allowed him to play at the Australian Open. This year’s tournament has said all participants must be fully vaccinated unless they are exempt in line with a local government health mandate.

However, the grounds for granting Djokovic a pass in the first place appears to be in question and so is the credibility of Tennis Australia’s medical exemption process. Just hours after Djokovic was told his visa had been rejected, NCA NewsWire obtained a letter sent from health minister Greg Hunt to Tennis Australia CEO Craig Tiley. The letter, which was dated November 29th, stated that players who had tested positive for COVID-19 over the past six months are not deemed fully vaccinated and therefore not allowed into the country.

“The Australian Border Force has advised that people must be fully vaccinated, as defined by ATAGI (the national advisory body on vaccines) to gain quarantine-free entry into Australia,” Mr Hunt wrote.
“In relation to your specific questions, I can confirm that people who contracted Covid-19 within the past six months and seek to enter Australia from overseas, and have not received two doses of a Therapeutic Goods Administration-approved or recognised vaccine are not considered fully vaccinated.”

Should this be the case, it is unclear as to why Tennis Australia didn’t factor this in. If they did, why were the independent medical panels still authorised to give such decisions? It is understood that communication was sent to players following Hunt’s letter but they were not told about the vaccine requirement.

As part of their counter argument, Tennis Australia is said to have claimed that other players who have contracted COVID-19 over the past six months have been allowed into the country. It has now been confirmed that at least one player and one official is under investigation by the ABF.

“I’m aware of those allegations, and I can assure you that the Australian Border Force is investigating that now,” Home Affairs Minister Karen Andrews told 2GB. “ABF needs the opportunity to be able to conduct its investigation. But if the evidence is not there, then they will take the appropriate action.”

The Age reports that those unnamed individuals have more than one doctor to back up their evidence and appears to have more substance to their grounds for a visa than Djokovic.

Andrews also said in a separate statement that the government has a right to deny anybody entry into the country regardless of if they have been granted a medical exemption or not.

“While the Victorian Government and Tennis Australia may permit a non-vaccinated player to compete in the Australian Open, it is the Commonwealth Government that will enforce our requirements at the Australian border,” she said.

Meanwhile, one source from Tennis Australia claims that the decision to refuse Djokovic entry is politically driven. Insinuating that officials didn’t want to let him into the country as it would have given them a bad image.

“I don’t know how the feds will (address the fact that) several tennis players are already in the country with the same exemption granted to Novak,” the source told The Age.
“This looks to us like the feds are responding to the media by letting some players in but not the world No.1.”

As for Djokovic, his legal team has filed an appeal to the Victorian court against the decision to deport him. The court has adjourned his legal case until Monday which means the tennis star will be able to stay in the country until then at least.

Tennis Australia is still yet to issue an official statement concerning Djokovic. The Australian Open will begin on January 17th.