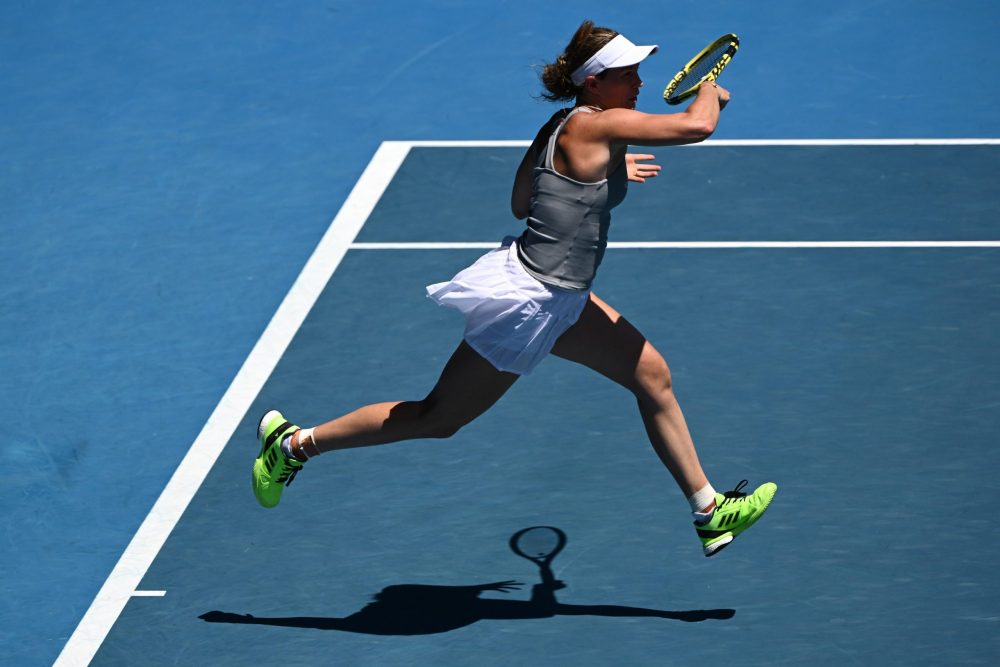 The world No.30 is through to the semi-finals of the Australian Open after defeating France’s Alize Cornet 7-5, 6-1, on Wednesday. Collins, who didn’t turn professional until her early twenties after going to college, has dropped only two sets in five matches played at Melbourne Park this year. Against Cornet, she won 90% of her first service points and produced 28 winners to set up a clash with Iga Swiatek in the next round.

“I feel pretty good right now. I had a great match today. Have had some great matches along the way at this tournament and I’m really happy about how I’m feeling physically and mentally.” She said afterwards.

It is only the second time Collins has reached the last four of a major in her career after doing so at the same tournament back in 2019. Since that breakthrough, she has experienced mixed results on the Tour which was partly linked to severe pain caused by a medical condition.

Collins suffers from endometriosis, which is a long-term condition where tissue similar to the lining of the womb starts to grow in other places, such as the ovaries and fallopian tubes. Symptoms include pain in the back, heavy periods and it could even affect a person’s ability to get pregnant. The pain was so severe that during the 2021 Australian Open she collapsed on court and required medical attention.

It was a few weeks after that experience when Collins underwent surgery to remove “a cyst the size of a tennis ball” from her ovary, as well as other materials in her bowel and bladder.

“There was a level during that time before I had my diagnosis and before I had surgery of when something is progressively getting worse, it’s a slow progression, I think your body in some ways gets used to it,” she explained following her win over Cornet.
“When so much of the advice you’ve gotten over the years, certainly the advice that I had gotten over the years, is that painful periods are normal, taking anti-inflammatories on a regular basis is normal. I felt like it was something that I just had to deal with.’
“It finally got to the point where I couldn’t deal any longer with it physically or mentally. Once I was able to kind of get the proper diagnosis and the surgery, I feel like it’s helped me so much not just from a physical standpoint but from a mental standpoint.”

According to the Royal College of Nursing, it is estimated that 10% of the world’s female population suffer from some form of endometriosis. The cause of the condition is unknown and it takes an average of 7.5 years for a person to be diagnosed with the condition from when they first start experiencing symptoms.

“When you’re dealing with that type of physical pain multiple weeks out of the month, you’re not putting yourself in a position to be able to perform consistently and to be at your best whether as an athlete or a person.” Collins explained.
“I think I certainly feel a lot freer (since surgery). Not having to deal with the symptoms that I used to deal with, that not being a continuous issue that I’m dealing with on a daily basis.”

So far in her career the 28-year-old has been ranked as high as 23rd in the world and has won two Tour titles last year. Since July she has achieved a win-loss record of 31-7 on the Tour and has only ever lost to a player ranked outside the top 40 twice in a major.

Some may wonder where Collins would have been in her career if she had received her endometriosis diagnosis earlier in life. Nevertheless, she is just grateful that doctors have found a solution to her pain.

“It certainly could have benefited me but it’s just one of those things that didn’t happen,” she said. “Now it’s great that we know what was going on, we were able to go in surgically and fix it.’
“I’m able to live my best life and be able to feel like a normal person.”

Proclaiming she is now ‘physically stronger’ than two years ago, Collins now has a shot of reaching the Australian Open final. She has previously said she hopes speaking publicly about her condition will raise awareness, especially among the sporting world.

“I think there’s certainly a science behind looking at your menstrual cycles, consulting with doctors who specialize in these types of conditions, to be able to help maybe recognize if some of those injuries could be related to something hormonally or if it could be endometriosis, especially with back injuries and lower abdominal injuries. I think it’s an important discussion that medical teams can have with athletes.” She concluded.