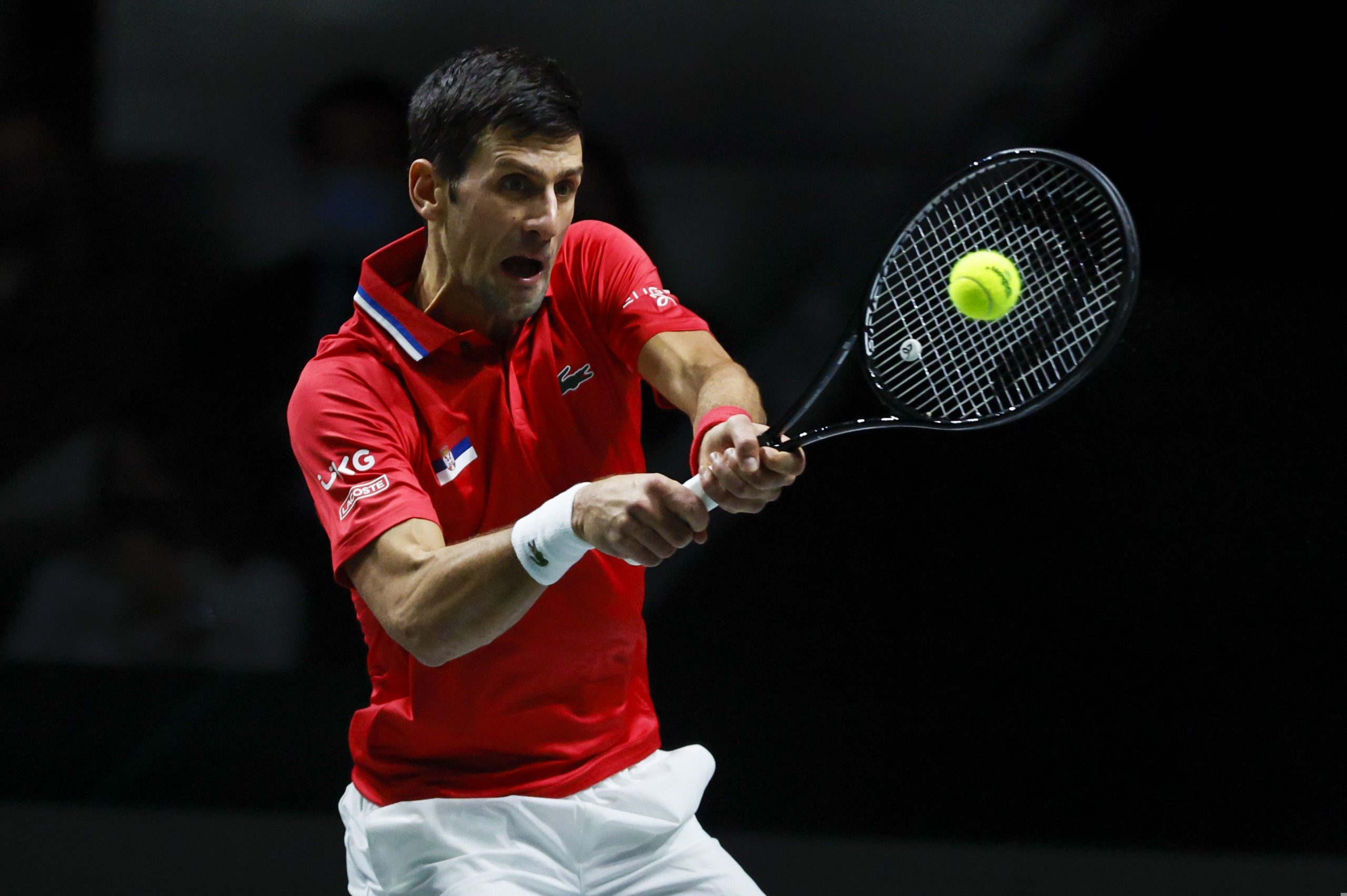 Novak Djokovic has revealed he will make a decision on his Australian Open participation soon after exiting the Davis Cup Finals with Serbia.

The world number one couldn’t add a Davis Cup title to his list of achievements in 2021 after he exited the competition with Serbia at the semi-final stage.

Despite Djokovic beating Marin Cilic 6-4 6-2 in the second rubber, the Serb couldn’t win the doubles as him and Filip Krajinovic were outclassed by the best doubles team in the world Mate Pavic and Nikola Mektic 7-5 6-1.

After the match all attention turned to whether Djokovic will play the Australian Open with the Serb’s vaccination status still not confirmed.

However the world number one revealed that we will have to wait a little longer for his decision as he wants to rest with his family, “I understand you want some answers on where I start the season, how I start it,” Djokovic was quoted by Reem Abulleil as saying.

“I’m really, really tired from this season and this whole year, so I just prefer sticking to the family quality time, rehab mode, then let’s see what the future brings.

As Djokovic’s short-term future remains uncertain, the world number one can reflect on another historic season having won 27 of his 28 grand slam matches this season winning the Australian Open, Roland Garros and Wimbledon.

Although failure to win a medal at the Olympics and a semi-final exit with Serbia will sting, Djokovic can still look back on a great season.

Speaking in press Djokovic doesn’t have any regrets about another sensational season on the tour, “The season ends today. I don’t regret any tournament I have played. I did my best as always,” Djokovic was quoted by thesouthafrican.com as saying.

“Unfortunately, a singles victory is not enough. I try to learn especially from difficult times like this. As painful as they are, these are usually the greatest opportunities to get stronger and grow.”

Should Djokovic start his season in Australia then he will be aiming to be the all-time leader of grand slam titles, overtaking Rafael Nadal and Roger Federer on 21 titles.

But the Serb knows with an in-form Daniil Medvedev and Alexander Zverev waiting, it will be no easy task. The Australian Open starts on the 17th of January, with the final on the 30th of January.

‘Proud’ Barty Reflects On 2021 Season Ahead Of Pre-Season Preparations