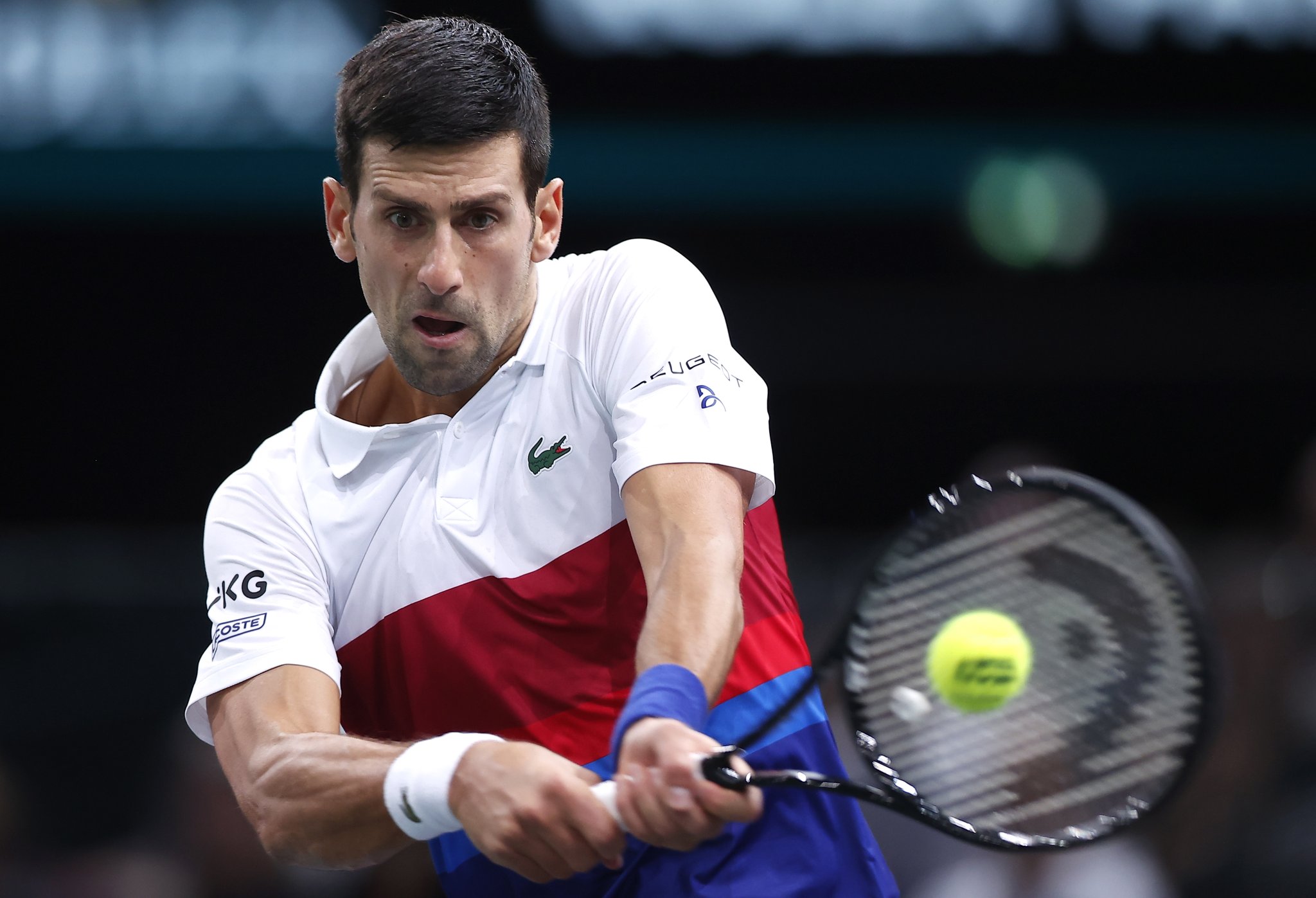 Djokovic’s stranglehold on the year-end world number one strengthened after a hard-fought straight sets victory over Fritz.

The world number one displayed his dominance from the start as he constructed some deep returns to break the American for a 2-0 lead.

However Fritz gave Djokovic a taste of his own medicine as some ridiculous returning of his own saw him break straight break to love.

Fritz had beaten Andrey Rublev and Cameron Norrie heading into this contest and his high-quality play in those matches continued produced some fine shot-making and consistency to wave off the attack of the Serb.

After failing to convert a break point in the sixth game, Djokovic finally took his opportunity in the next return game as some ridiculous defence from the top seed saw him break for a 5-3 lead.

But back came Fritz and the American’s hard-hitting went toe-to-toe with Djokovic’s defence with the world number 26 coming out on top.

A double fault from the Serb gave Fritz the break back but after failing to serve out the opening set, Djokovic returned with some world class angles and a variety in depth as he converted his second set point to take the opening set 6-4.

The opening set failed to deter the stubborn Fritz who broke in the opening game and despite being broken in the next game, created two more break point opportunities in the third game.

However Fritz couldn’t take his opportunities and that was the window Djokovic needed to take control as he continued to outsmart the American.

Djokovic dealt the crucial blow in the sixth game and eventually held to love to reach the last four in Paris.

After the match, Djokovic admitted there is still a lot of work to do, “I knew that I needed to start well, with good intensity and put in a lot of hours on the practice court. But it’s different when you play points in a competitive match,” the Serb told atptour.com.

“Those kind of things shouldn’t happen, I know that. I backed myself up with good returns and read Taylor’s serve very well to get into rallies. I closed out the last couple of service games well and that’s a positive.”

Now the Serb is two wins away from a 37th Masters 1000 title and to be year-end world number one for a record seventh time.

Tomorrow Djokovic will face his toughest test yet when he faces Hubert Hurkacz, who qualified for the Nitto ATP Finals today with a win over James Duckworth.

The match will take place at 2pm local time tomorrow.