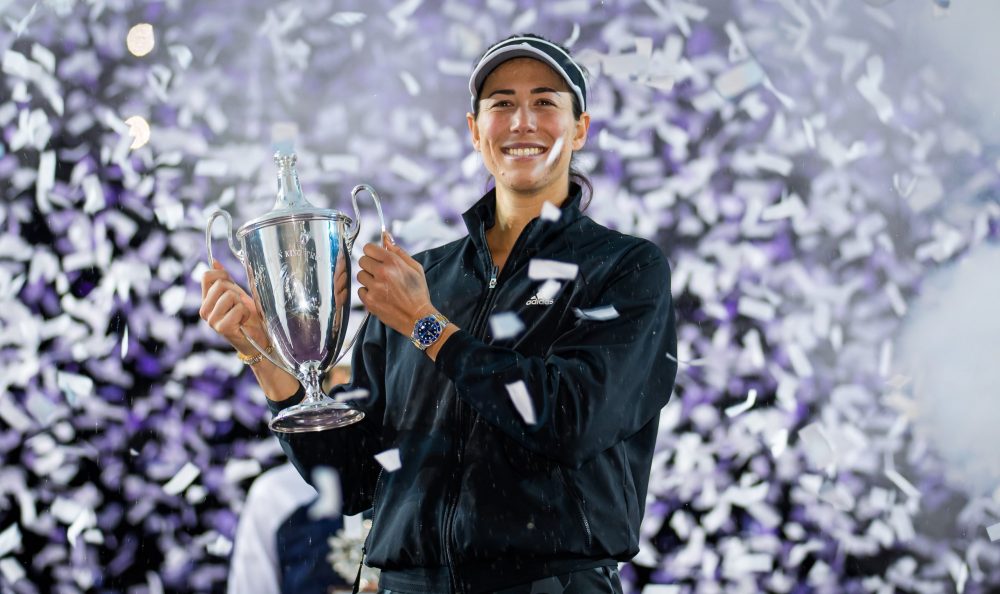 Garbine Muguruza is the 2021 WTA Finals champion after beating the world’s number eight Anett Kontaveit  6-3, 7-5 in one hour and 38 minutes in Guadalajara, Mexico.

The Spaniard hit 16 winners while the Estonian hit 38 unforced errors in a match that went back and forth during both sets before the Caracas native was able to secure the win.

” I want to congratulate Anett (Kontaveit) on her amazing year and managing to qualify for the finals in the last event of the year,” Muguruza said during the trophy ceremony. ”I want to thank everyone who made this possible to play in Latin America and it was a dream come true to play”.

Two-time Grand Slam champion Muguruza got off to an aggressive start by looking for the early break in the first game of the match but the world number eight held her ground and managed to hold serve.

At 1-1, the Spaniard had three more chances to take the lead and she was able to break serve at the third time of asking but failed to consolidate it as Kontaveit broke right back the following game.

Once again at 3-3, it was the world number five who got another break and this was able to hold serve the following game. She then broke serve for a second time to take the first set.

The 28-year-old was put under pressure early in the second set and faced two early breakpoints at 1-1 but dug deep and saved both. At 3-3, it was Kontaveit’s turn to apply pressure, and this time she was able to get the break. The 25-year-old had a chance to serve out the second and force a deciding third set but cracked under the pressure as Muguruza broke right back to even the set at 5-5.

At 6-5, Muguruza found herself with three match points on her opponent’s serve and broke one last time to seal the victory and the title.

“I’m just very happy I proved to myself once again I can be the best, I can be the ‘maestra,’ like how we say in Spanish,” Muguruza said in press. “That puts me in a very good position for next year, a good ranking.”

Muguruza ends her season with three WTA titles to her name after triumphing in Dubai and Chicago earlier this year. Making it the first time in her career she has won a trio of WTA events within the same year. Overall, she has won 42 out of 69 matches played during 2021.

“Overall I think it’s the best year for me. I might not have won a Grand Slam, but I deeply feel like I’ve been happier and more stable, less dramatic, and in general very happy about it.” She concludes.

The former world No.1 takes home a whopping 1.6 million dollars for winning the tournament and her ranking will go up to number three when the new world rankings come out on Monday.