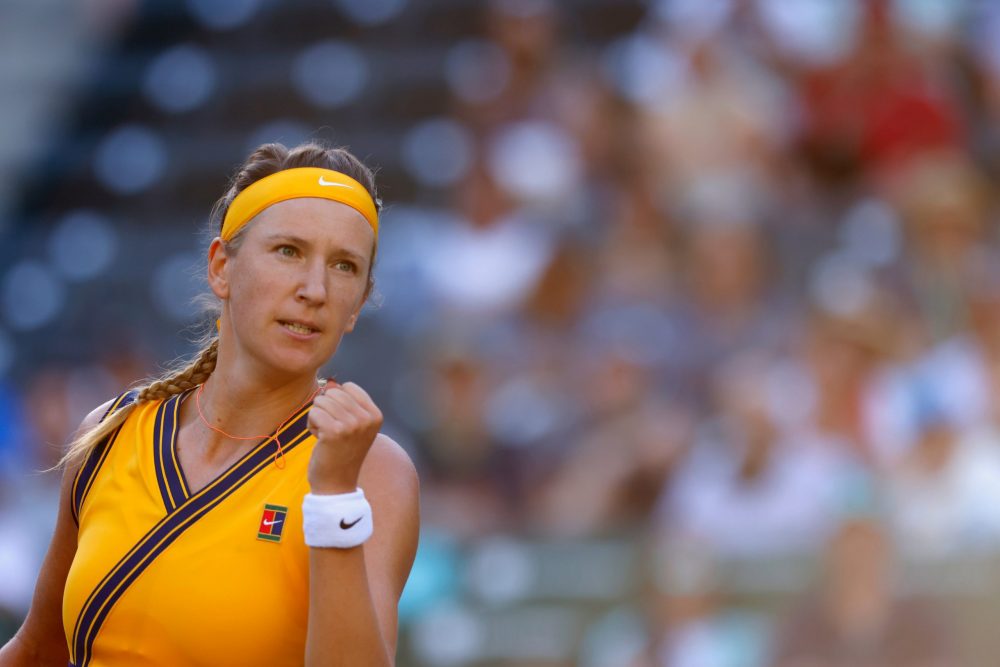 Victoria Azarenka is closing in on her first Indian Wells title since 2016 after defeating Jessica Pegula in straight sets to reach the last four of the tournament.

The two-time Grand Slam champion secured a 6-4, 6-2, win over the world No.24 and is still yet to drop a set in the tournament. In her latest match Azarenka won 81% of her first service points and broke her opponent five times. It is the third time this year she has reached the semi-final stage of a Tour event but the first time she has done so since June.

“I thought it was a really good match. Very high quality from both players,” said Azarenka. “Very consistent in terms of level for me. I felt that I really played well in the crucial moments. I felt like I stepped up a lot to the occasion. That’s what I’m really happy with.”

Seeded 27th in the draw, Azarenka’s triumph follows her wins over Petra Kvitova and Aliaksandra Sasnovich earlier in the week. She has now won 32 matches at Indian Wells in her career which is the joint-third highest tally among female players along with Caroline Wozniacki. Only Maria Sharapova (38) and Lindsay Davenport (47) have won more.

Despite her history of success in the Californian desert, Azarenka believes her latest win this year has been aided by a change in her tactics. Earlier this week she told reporters that she wanted to be more aggressive during matches.

“I think the court coverage and taking maybe less shots to win the point, that’s something that is important for me to improve,” Azarenka explains. “I think on the baseline, counterattacking, having high intensity, that’s something that worked really well for me. It doesn’t necessarily work all the time. It’s more demanding.’
“I’m looking for things that I can implement that will make it a bit easier for me. I’m also not in the beginning of my career to grind every match. It’s not necessarily tougher physically, but from one match to another it adds up. I’m looking how I can be more efficient as a player.”

Seeking a place in Sunday’s final, the Belarussian will take on former French Open champion Jelena Ostapenko in the next round who is on a resurgence herself. The Latvian recently reached the final of the Luxembourg Open and defeated second seed Iga Switek in Indian Wells. Ostapenko dismissed Shelby Rogers 6-4, 4-6, 6-3, in her quarter-final match.

“She’s a great player. She’s such a champion, a great fighter I think. Both of us are great fighters. It’s going to be an interesting match,” Ostapenko said of facing Azarenka.
“I just have to play my game. I’m more focused on my game. Of course, she’s very consistent. It’s going to be hard. But if I play my game and choose the right shots, I will be consistent, I think it will be a very interesting match.”

Azarenka is the lowest ranked player left in this year’s draw but she is the only one to have previously won the title.

Rafael Nadal: ‘I Don’t Know When I Will Play Again’