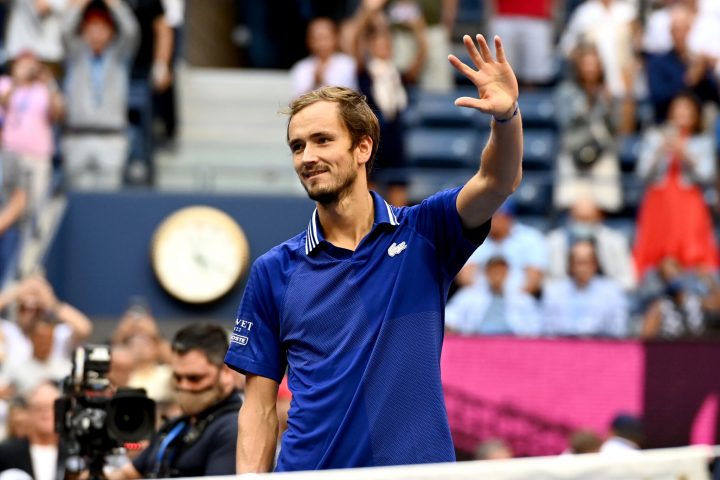 World No.2 Daniil Medvedev has given a somewhat puzzling message indicating that he hopes to play in next year’s Australian Open amid the possibility unvaccinated players could be excluded from the tournament.

In recent weeks there have been mixed messages given by senior officials regarding permitting those who are not vaccinated against COVID-19 to play. In a leaked email issued by the WTA Players council a week ago, it was claimed that unvaccinated players would be allowed entry into Melbourne but will need to go through a 14-day quarantine. This was later echoed by Prime Minister Scott Morrison who made similar comments to a media outlet. However the Premier of Victoria, which is where the Australian Open is held, later stated that players will not be exempt from a mandatory health mandate requiring vaccinations for essential workers which include professional athletes.

Speaking to reporters ahead of the Paris Masters on Sunday, US Open champion Medvedev declined to say if he has been vaccinated or not. Arguing that he wants to keep his medical history private. Mirroring similar statements made by Novak Djokovic who may not be unable to defend his title at the tournament.

“I want to play there,” said Medvedev. “The rules were that you can come there (to Melbourne), if you’re not vaccinated, quarantine for 14 days. Now it’s not the case. So it’s actually easy.’
“We’re going to see in Australia who is going to play or not. Of course, you can say you’re injured, which can be true sometimes, but I’m willing to play Australia and that’s all I have to say.”

Medvedev’s use of the word ‘willing’ has caused confusion for some. Back in September he said it should not be down to the decision of the players about whether to implement a mandatory vaccine on the Tour and that task should belong to the governing bodies. At the time he didn’t say if he would favour such a move or not.

The 25-year-old says it is just a case of wait and see as to if he will be playing in Australia. He was runner-up in the tournament this year and would lose a considerable amount of ranking points should he not play in January.

“I want to keep my medical (history) private for a reason, because I feel like tennis is such a brutal sport where you’re always one on one against your opponent, and any information you give him can go against you,” he explained.
“So I decided at one moment of my career, okay, I’m going to keep all of my medical (private) unless there is something obvious. For example, if you’re playing Australia, it’s obvious you’re vaccinated. So that’s why I said I’m willing to play Australia, but I won’t say if you’ll see me there, but we’re gonna see in January.”

The next couple of weeks will see Medvedev trying to defend his title in both Paris and at the ATP Finals, which has been moved from London to Turin. He will also be playing in the Davis Cup Finals alongside Andrey Rublev for Russia.

“The biggest part in the end of the tough, long season, is mental and physical,” said Medvedev. “Physically, you need to stay strong. A lot of tournaments behind your back. Sometimes, without enough physical preparation just because it goes so fast, the season.’
“I feel like I’m in good shape in these two sections, if we can call it like this. I think that’s the most important.”

Granted a bye in the first round, Medvedev will start his campaign at the Paris Masters against either Albert Ramos Vinolas or Ilya Ivashka.

Marin Cilic wins the 20th ATP Tour title of his career with a three-set win over Taylor Fritz in St. Petersburg