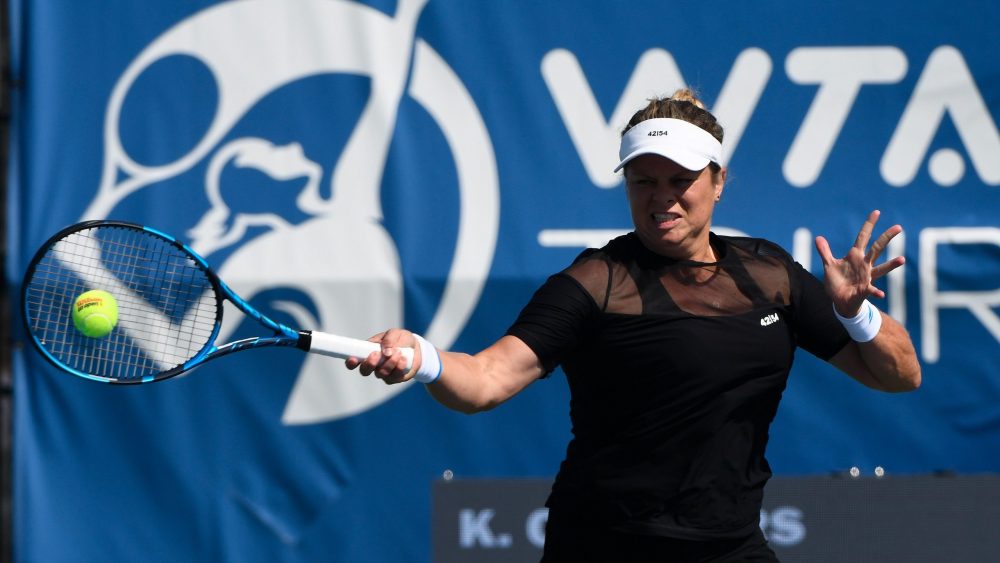 Former world No.1 Kim Clijsters says she is heading in the right direction despite losing her opening match at the Chicago Fall Tennis Classic on Monday.

The four-time Grand Slam champion was ousted 6-3, 5-7, 6-3, by Hsieh Su-Wei in what was the latest match in her comeback. Prior to this week Clijsters hadn’t played on the Tour since the 2020 US Open due to a knee injury, as well as catching COVID-19 earlier this year. The Belgian announced in September 2019 her intention to return to the Tour but has only been able to play four tournaments since then and is yet to register a win.

Despite her lacklustre return to professional tennis, Clijsters have insisted that she has no intention of giving up just yet as she looks to the positives of her latest performance. Against Hsieh, she produced a total of 45 winners against 54 unforced errors and won 65% of her first service points.

“The match, some good things and some bad things,” Tennis Now quoted Clijsters as saying after the match. “Inconsistency but I think for me the most important thing, what I talked with my coach and my trainer about, and my fitness coach, was basically being able to get through these matches without big concerns. That was the main goal.
“I came close today but still have a good feeling – I’ve made progression. I think that’s the most important thing that I am looking at, is that I’m improving overall and that’s the positive thing.”

The 38-year-old has won 41 WTA titles during her career but the last time she did so was at the 2011 Australian Open. She first retired from the sport in May 2007 before returning two years later. Clijsters continued playing for another five years before calling it quits at the 2012 US Open following a lengthy battle with injuries.

Reflecting on her latest comeback, the Belgian says she has noticed that parts of her game have improved in recent months as she targets further improvement.

“I think just in general, the overall feeling, the way that I’ve felt in the first matches I played, it’s already a long time ago, but I felt like I was definitely anticipating better, maybe not the whole time but I definitely felt like I was doing the things I wanted to do, whereas in the past I was kind of just working my way into the match and trying to be in the right position,” she said.

Looking ahead to the coming weeks, Clijsters is hoping to gain entry into Indian Wells next week via a wild card. She is a two-time champion of the tournament after capturing the title in 2003 and 2008. The last time she played there was a decade ago.

“It’s not like I never made mistakes in the past. I’m okay with the mistakes where I felt within myself that I went for the shots. Sometimes the timing can still be off where I over hit it or don’t put enough spin on it. But those are mistakes that I can live with, it’s the ones where I’m not going for it.” She concluded.

Clijsters is also playing in the doubles draw this week in Chicago along with Kirsten Flipkens who hasn’t played a match since March due to an ankle injury.