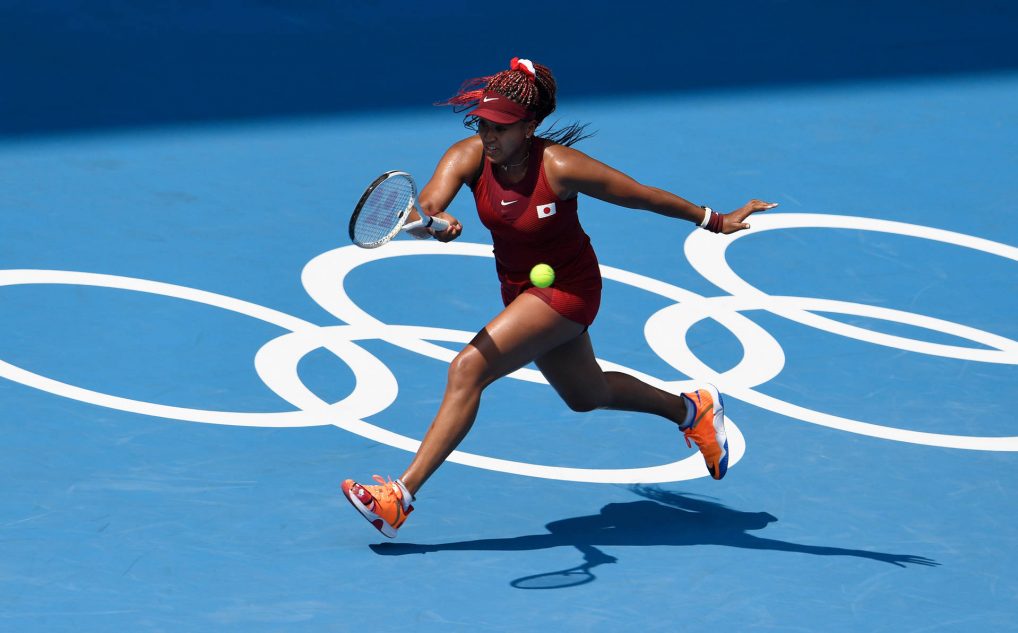 Japan’s Naomi Osaka continued her quest for a maiden Olympic medal on Monday with a comprehensive straight sets win over Viktorija Golubic.

Osaka, who is the highest seed remaining in the draw following Ash Barty’s exit, dropped just five games during her 6-3, 6-2, win over the world No.50. Impressively winning 86% of her first service points and 78% of her second to set up a third round showdown against former French Open finalist Markéta Vondroušová.

“I feel like I was a bit more nervous before the match,” Osaka said afterwards. “I felt a lot of butterflies, but I think as I started playing and feeling more comfortable, I knew that no matter what it would be a great match.”
“I just thought about playing my game. It’s a bit hard to play someone that slices a lot like she (GOLUBIC) does. I feel like she’s very smart so just not putting too much stress on myself over what she will do.” She added.

The 23-year-old is bidding to become the first ever Japanese tennis player to win an Olympic gold medal. Osaka is one of the faces of Tokyo 2020 and was the person who lit the Olympic flame during the opening ceremony on Friday.

“I didn’t feel pressure. I felt more excitement. It was like a sense of duty, something I wanted to accomplish.” She commented on her role.
“It would mean a lot to win gold here, but I know it’s a process. I know these are the best players in the world, and honestly I haven’t played in a while, so I’m trying to take it one notch at a time.”

Tokyo is the first event Osaka is playing in since the French Open in May. She recently took a break from the sport for reasons related to her mental health after revealing she has been suffering from depression and social anxiety since 2018.

Success for other seeds

Elsewhere on Day three of the Games, Garbine Muguruza spoke about her love for reggae music after brushing aside China’s Wang Qiang 6-3, 6-0. The Spaniard was only on court for 62 minutes as she broke her opponent five times in a row.

“I think I played very well from the beginning and took my chances and I did it right. My tennis was there today.” Muguruza said of her performance.

Travelling around the world to play various events, the two-time Grand Slam champion revealed that she uses music to help combat loneliness on the Tour. Among her favourite songs to listen to is I Wish You Were Here by Alpha Blondy and Sunshine Reggae by Laid Back.

“I love reggae, it puts me in a happy and relaxed mood. I love Latin music, but reggae, yes, definitely.” She said.
“I grew up in Venezuela and there you also listen to the Caribbean type of beat. I love the beach and my family always play reggae, and it’s cool.”

Greece’s Maria Sakkari was another player who looked impressive during her second round match. Sakkari eased to a 6-1, 6-2, win over Nina Stojanović in what is her first ever Olympic Games. The win took place a day after her 26th birthday which she will remember for a long time.

“To spend my birthday here (at the Olympics), I don’t know if it will happen again in my life. It was pretty unique and very nice to be here and celebrate with my colleagues and the rest of the Greek team. They had a really nice surprise for me yesterday, and it was very nice of them. It feels very special.” She said.