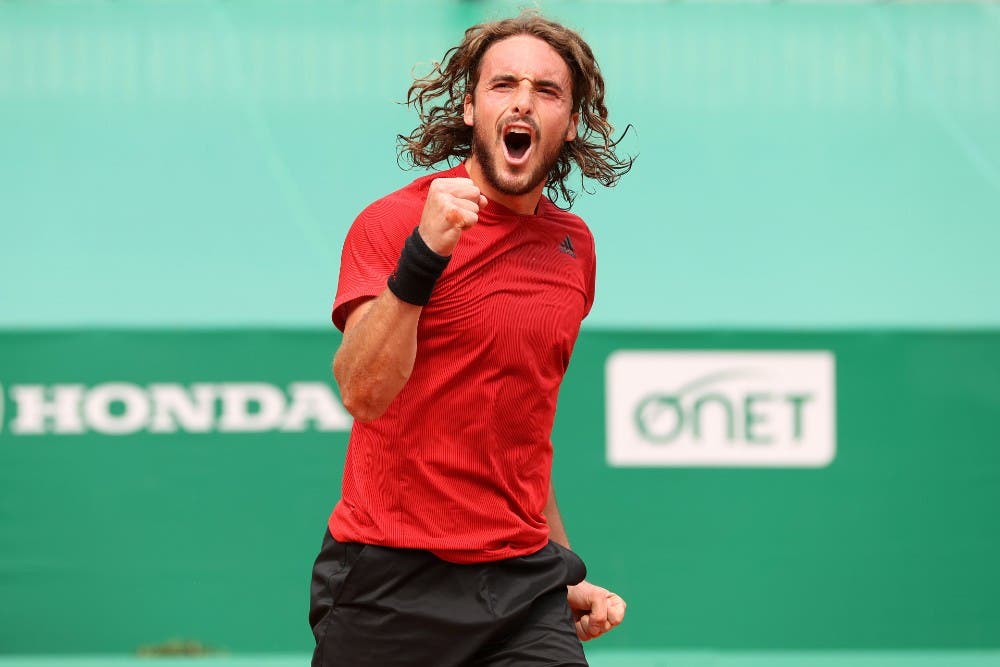 Less than a week after his marathon clash with Rafael Nadal in Barcelona, Stefanos Tsitsipas is aiming to continue his recent surge in success on the Tour at the Madrid Open.

The Greek has won nine out of his past 10 matches on the European clay. At the Monte Carlo Masters he roared to the title without dropping a single set and was on course to replicating that in Barcelona a week later before being edged out in the final. He currently leads the ATP Race to Turin with a 350-point lead over his nearest opponent (Andrey Rublev).

Tsitsipas’ next challenge will take place at the Caja Magica which is the venue of the Madrid Masters. It will be only his third appearance at the event which he reached the final two years ago before losing to Novak Djokovic.

“I won’t lie, my expectations are to come as close to my previous result (in Barcelona) which was in the final,” Tsitsipas told reporters when asked about his goal for the tournament.
“I’m really pumped for this week and next week,” he added.

Given the surge of wins in recent weeks, the world No.5 doesn’t just have high expectations for the week ahead but the entire season. Outlining his hope to leapfrog Dominic Thiem in the ATP rankings who is less than 400 points ahead of him. Tsitsipas is already at a career ranking high of fifth in the world.

“I can create opportunities and maybe get to number four. It’s something that has been on my mind and I don’t think there’s anything wrong with that,” he explains. “Mainly because I’ve been working hard and I feel like that’s my opportunity to do something different.’
“But of course I’m far from there yet. I have to get these matches going and produce better tennis.”

There is still room for improvement in the game of the 22-year-old who spoke openly about the areas he wishes to work on. One of which is the serve. According to the 52-week ATP stats leaderboard, Tsitsipas is ranked 10th among ‘serve leaders’ which is two places higher than Novak Djokovic. The serve rating is calculated by adding four service metrics percentages with the average number of aces per match before subtracting the average number of double faults per match.

“I would like to be a bit more consistent on my serve with a higher first service (percentage). I would like to come to the net more and have a higher winning percentage of net points won. Stuff like this is something I am aiming for,” said Tsitsipas.
“Sending my attention towards the small details which will help me become a more aggressive and complete player.”

Should he successfully improve in those areas, it will help the Australian Open semi-finalist achieve his ultimate goal for 2021 – to crack the world’s top three.

“Right now I’m in the lead in the race to Turin which is very important for me. I want to preserve that to finish the year inside the top three. That is a fair goal for me.” He concluded.

Tsitsipas will start his Madrid campaign against either Ugo Humbert or Aslan Karatsev.