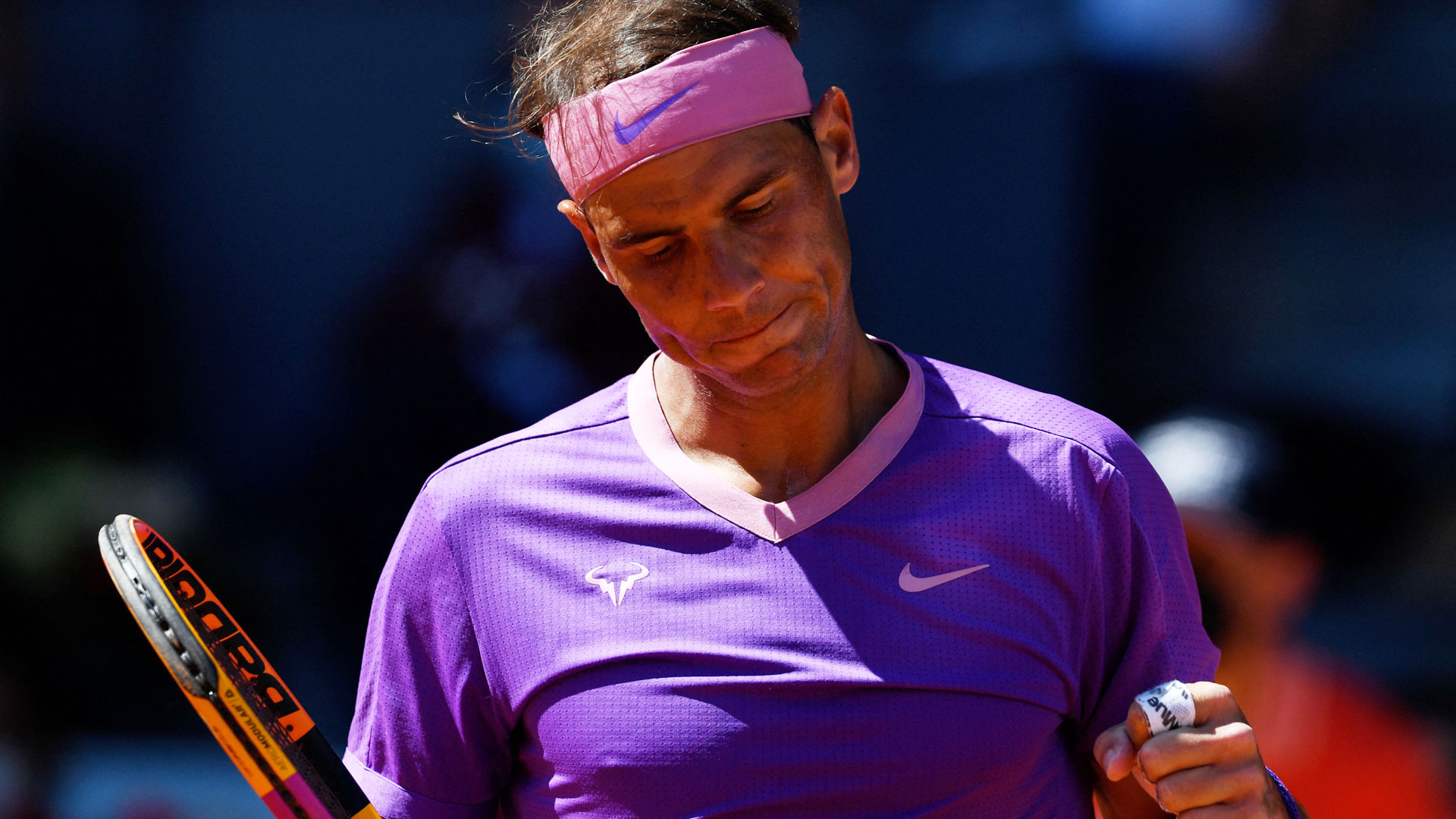 Rafael Nadal overpowered Carlos Alcaraz 6-1 6-2 to reach the third round in Madrid.

Five-time Madrid champion Nadal was too dominant for Alcaraz, who was celebrating his 18th birthday today.

Next for Nadal in the last 16 will be Alexei Popyrin after the Australian beat Jannik Sinner in the second round.

It was a bright start for Alcaraz as he tried to implement his style of play on Nadal with a mix of variety and aggressive backhands.

The world number two managed to survive a tough opening hold and then get the break in the next game as he proved to be in total control of the contest.

In the third game, the newly-turned 18 year-old had to get treatment for an abdomen problem after stretching for an ambitious shot.

Luckily for the crowd in Madrid, Alcaraz was able to continue without limitations for the rest of the match.

However Nadal’s game was also without limitations as the 20-time grand slam champion’s ability to turn defence into attack continued to overwhelm Alcaraz.

After losing the opening five games, Alczraz managed to hold serve before Nadal wrapped up the first set in 37 minutes.

It was more of the same in the second set as the 34 year-old continued to increase the tempo of the match, using the whole width of the court to expose Alcaraz’s court positioning.

After losing the opening three games, the world number 120 did show some of his talents and potential as he broke the Nadal serve to show a bit of competitiveness to the contest.

However Nadal broke back and then completed victory in 1 hour and 15 minutes to seal his place in the last 16.

After the match Nadal praised his young opponent, “He has a lot of potential,” Nadal told the ATP website.

Alcaraz’s raw game still needs evolving while Nadal’s evolution continues to expand beyond its limits as preparation for a 14th Roland Garros title continues to improve.