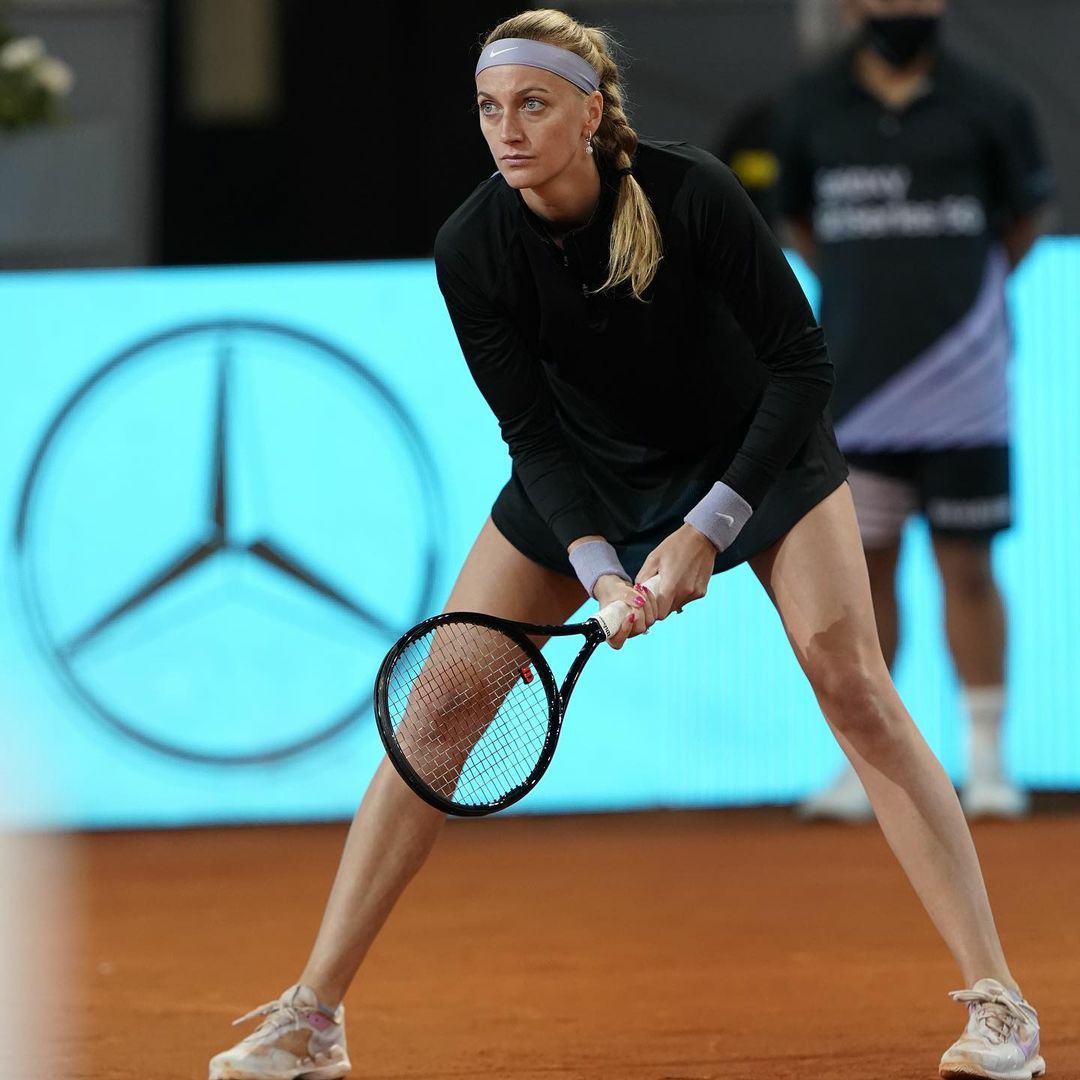 The three time Madrid champion won the battle of the lefties in straight sets.

Petra Kvitova is into the next round of the Mutua Madrid Open, being played at the Caja Magica in Madrid, beating a fellow lefty the German Angelique Kerber in straight sets.

“I didn’t think I played bad games when she broke my serve, it was important to stay calm which I did very well today throughout the match and I just broke her serve straight away so it’s a great way to bring back my confidence being more calm with it for sure”.

She fired 33 winners, 5 aces, and will play Veronika Kudermetova in the third round.

Both players started the match off well and after both players held their opening service games it was the German with the first breakpoint of the match but it was quickly saved the very next point with a stunning backhand down the line winner from the Czech.

Once again at 2-2 it was the German with a chance to break and she would finally make the breakthrough to take an early 3-2 lead but the break wouldn’t last long as Kvitova earned three breakpoints the very next game and broke back to level the set at three.

At 5-4 with the German serving to stay in the first set the Czech would play the best game of the set so far and earned a set point on her opponents serve and would take the first set winning that set point thanks to a lucky net cord.

The second set was pretty similar to the first with the German once again earning a chance to take the lead at 1-1 and she would break once again with a super slice winner. Once again just like the first set the Czech would respond by breaking back the very next game.

It would stay on serve until 6-5 with once again the German serving to stay in the match but it was the Czech who would earn three match points and seal the victory after 1 hour and 22 minutes on court.

In her post match press conference she gave Ubitennis her thoughts on her next matchup against either Bertens or Kudermetova.

“With Kiki ( Bertens) we played many times in Madrid, I feel like we are only playing in Madrid so it will be funny for sure, I know that she is back from injury and I know she loves to play on clay especially in Madrid, with Veronika ( Kudermetova) we never played so it will be interesting, I know she can play very well, she just won the tournament in Charleston so she is in a good form”

Kvitova will have the day off tomorrow and will be back in action on Monday.