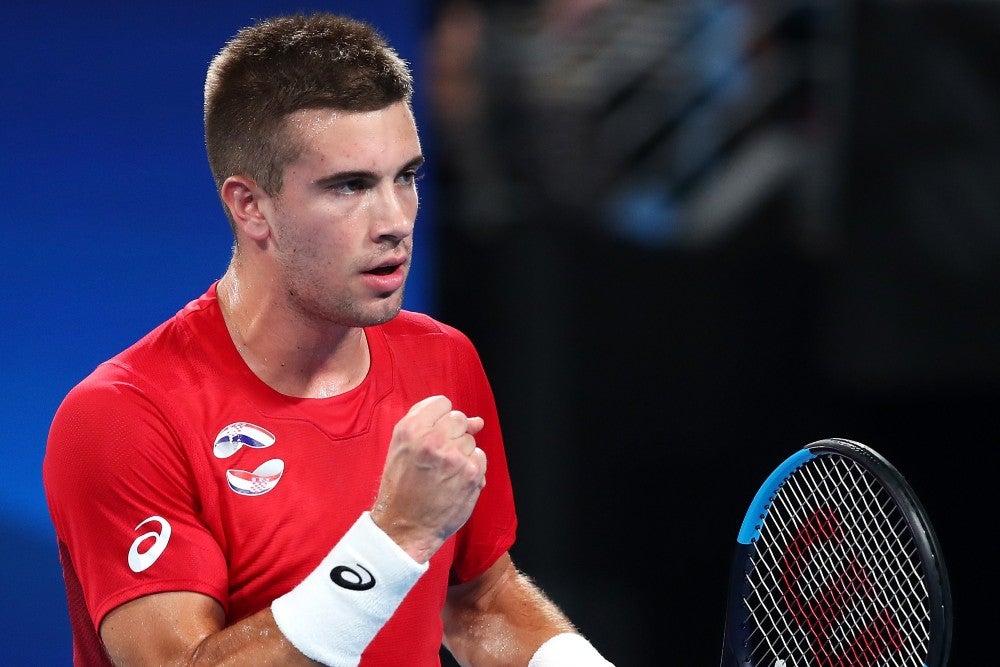 Borna Coric will be sidelined from the Tour for a few weeks after travelling to America for surgery to treat an issue which has been hampering him in recent times.

The world No.30 confirmed on Wednesday that he has undergone a procedure on his right shoulder following a consultation with doctors. Coric, who hasn’t played a match since his semi-final loss at the Rotterdam Open, said he tried other methods of recovery but was unable to find a solution to his problem. The exact details of what procedure he has undergone hasn’t been made public.

“I have been dealing with shoulder pain for some time now and despite trying a whole range of recovery techniques, it was clear a more permanent solution was needed,” Coric wrote on social media. “After talking to leading doctors together with my team, I decided the best option was to have surgery.”

Coric had his operation at the Hospital For Special Surgery’s Sports Medicine Institute in New York which specialises in orthopedic surgery and the treatment of rheumatologic conditions. It is one of only three hospitals in America to be classed as a Medical Centre of Excellence by FIFA.

“The operation went extremely well, I am very thankful to the HSS Sports Medicine Institute team and especially doctor David Altchek,” he continued in his statement. “Now it is time to recover and work hard to be back on court soon. Thank you for all the support as always.”

According to information obtained by Sportske novosti, Coric was operated on by surgeon David Altchek whose previous patients include Maria Sharapova. It is estimated that it could take between seven and eight weeks before he fully recovers. Meaning the former top 20 star is in doubt for both the Wimbledon Championships and the Olympic Games.

Nevertheless, Coric has insisted that he is in no hurry to return to competitive tennis with his main priority being on his health.

“One thing’s for sure, I won’t be in a hurry. I don’t care how long I don’t play. When I get ready, I get ready. I’ll really give myself time, I’ll take a protected ranking,” he said.

Coric has won two ATP titles so far in his career and has been ranked as high as 12th in the world.