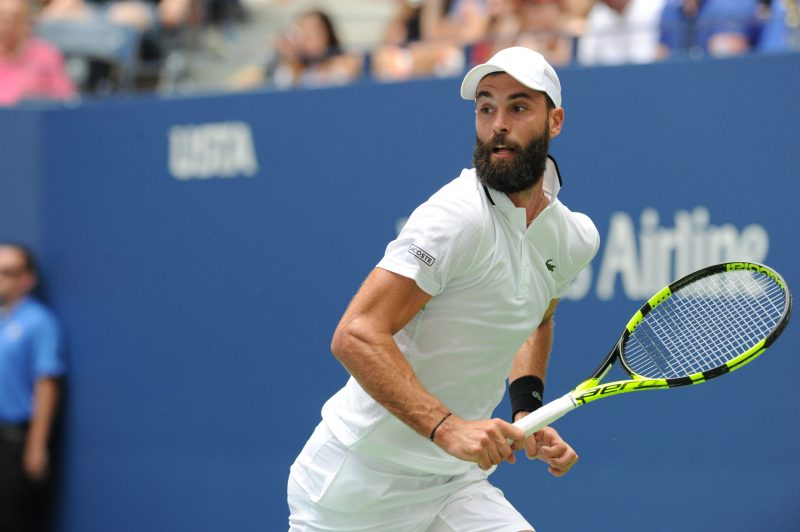 France’s Benoit Paire has said playing in front of fans at this week’s Madrid Open has helped him fall back in love with the game.

The world No.35 started his campaign at the Masters tournament on Tuesday with a straightforward 6-4, 7-5, win over Nikoloz Basilashvili. A player who was on a five-match winning streak after claiming the Munich Open title last week. For Paire, it was only the second time he has won a match on the Tour during what has been a roller-coaster season for the at times controversial player.

“It had been a very long time since I entered a court with people around me supporting me. Being in empty stadiums is not something that I like. So being in Madrid in a Davis Cup atmosphere with French people who support me from start to finish, it makes me feel good and makes me love tennis again. That’s why I play and it warms my heart,” Paire said during an interview with L’Equipe.

A former top 20 player, Paire has been caught up in controversy in recent weeks following a series of incidents. He was accused of tanking during one of his matches in South America where he also spat on the court. He has described the Tour ‘sad, boring and ridiculous,’ and earning money was his priority – “I arrive, I take some money and I go to the next tournament: I do my job”. Following his loss in Monte Carlo, he said the tennis circuit had become ‘rotten.’

“It’s a tough time for me. I have trouble feeling good in my head, in my legs, in my tennis … But I don’t just play for myself, I also play for the people who are there and who support me. I had to, for the recognition of this support, not to let go. It was not easy, I had to put myself in my head.’ He said.
“For me, it’s a bit like the start of my season.’
“I know that a lot of people criticized me and I really wanted to show them that they can be silent.”

The 31-year-old admits that he has struggled on the Tour mentally. Saying there were moments where he felt like he ‘couldn’t get out of bed’ on the morning of his matches. He believes his mental state is the reason why he hasn’t won many matches on the Tour in recent weeks and not his tennis abilities.

Whilst he seems to be back in a good mindset, Paire admits himself that he doesn’t know how long it may last given the different rules there are at various tournaments. In Madrid the venue is allowed to welcome up to 40% of its capacity in accordance with local covid-19 guidelines. In comparison, next week’s Italian Open will be held behind closed doors until the third round when organisers will welcome 25% capacity crowds.

The next match for the Frenchman in Madrid will be against Stefanos Tsitsipas. It is the last match set to take place and could possibly be played without fans if it continues beyond the 11pm curfew. Something that will be another test of Paire’s current mentality.

“If I find myself in a closed-door tournament, locked in a bubble, I’m not saying I won’t feel bad,” he admits. “Today (Tuesday) was great, but if the conditions are different it will be difficult. But for now, I’ll take advantage.’
“As for all the people who talk about me, I tell them that in a normal atmosphere, I am able to come back to a very good level. Before the pandemic, I was 22nd in the world.”

Paire has won three ATP titles and earned more than $8.6 million in his career.

Related Topics:Benoit Paire
Up Next