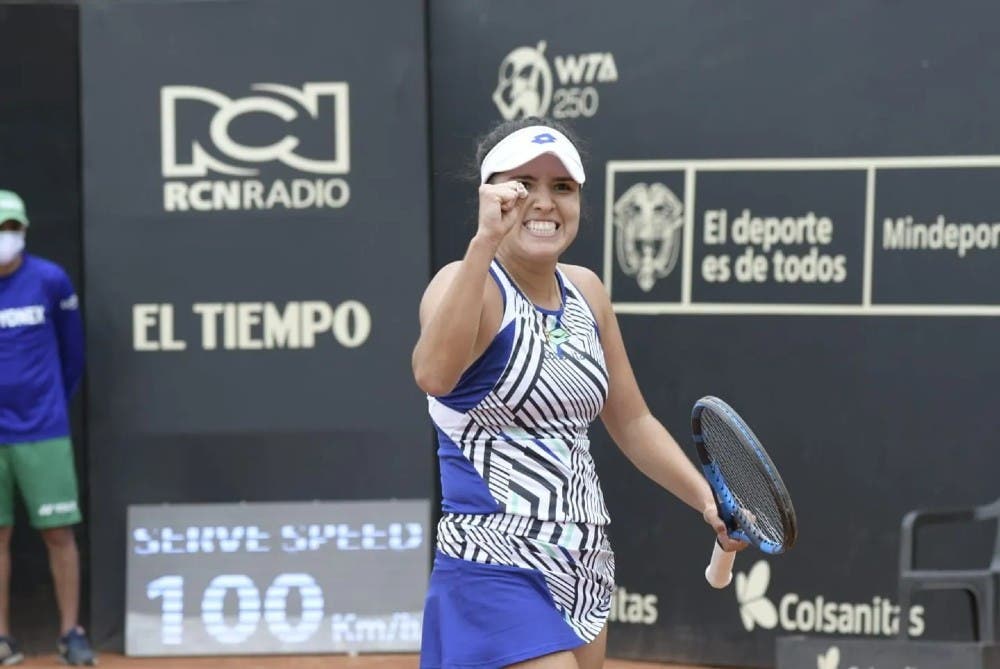 Former US Open Junior champion Maria Camila Osorio Serrano from Colombia cruised past French qualifier Harmony Tan 6-1 6-2 to get through to her first WTA Tour singles in the fourth WTA main draw appearance of her career. The Colombian player, who has not dropped a set this week, becomes the third player from her country to reach the final in Bogotà.

Earlier this week Osorio Serrano claimed her first win against a top 100 player, beating number 7 seed Tereza Martincova in the second round, before beating former top 50 player Stefanie Voegele in the quarter final.

Osorio Serrano converted her second break point in a 15-minute first game after seven deuces. The South American player earned two more breaks in the third and fifth games to race out to a 5-0 lead. Tan received a medical time-out after the changeover before pulling one break back in the sixth game to avoid the bagel.

Osorio Serrano went up a set and a break in the second game to take a 2-0 lead. Tan broke straight back at deuce in the third game and held serve to draw level to 2-2 after saving a break point in the fourth game. Osorio Serrano converted her fourth break point after four deuces to take a 4-2 lead and won her fourth consecutive game at love to claim the second set 6-2.

“I feel super happy to be in the final. I was really hoping to be here and to play in the final. I really don’t feel any pressure and I feel like it’s an opportunity for me to enjoy, to play my best and to do what I have been doing the whole week. It’s my chance to show my best and I hope that I can play well in this final”, said Osorio.

The Colombian player, who is ranked world number 180, is the lowest-ranked singles finalist on the WTA Tour this year.

Osorio Serrano set up a final against Slovenia’s Tamara Zidansek, who rallied from a break down in the second set to beat Viktoriya Tomova 6-3 7-5.

“It would mean a lot to win my first WTA title because that’s what we are working for. I have won two WTA 12Ks, but I remember that feeling, how I felt. Going for my first WTA title, that would be amazing”, said Zidansek.

The finalists will meet for the first time in their careers. In the 2019 edition Osorio Serrano reached the quarter finals before losing to Amanda Anisimova. Elixanne Lechemia and Ingrid Neel claimed their first WTA Tour title, defeating Michaela Buzarnescu and Anna-Lena Friedsman 6-3 6-4.