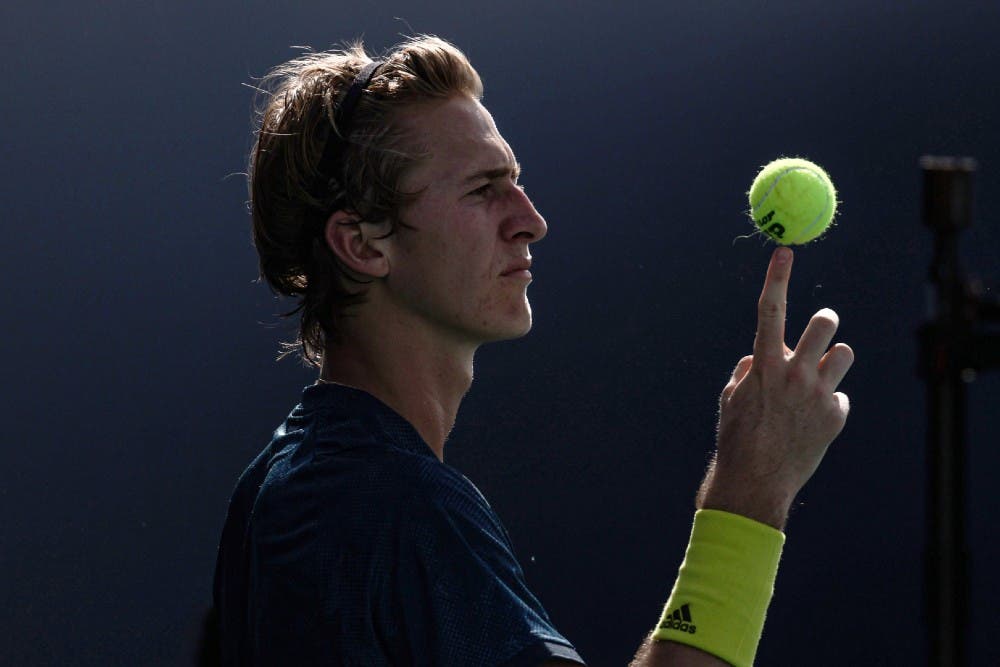 Korda will play in his second career ATP Tour quarter final and his second in his home state in Florida after reaching the final in Delray Beach last January.

Korda earned an early break to 15 in the first game of the decider, but Schwartzman saved a set point on serve to hold for 3-5 before breaking serve to draw level to 5-5. Korda earned another break in the 11th game before sealing the third set 7-5 on his first match point with his 21st forehand winner after 2 hours and 36 minutes.

“He made it tough. In that first set I served super hot, but he did not serve that well. He then picked it up and he was just fighting and he was playing some really good tennis after that. The third set was just a battle. I played an incredible match today. I think mentally I was great out there, I stayed calm. Even when in the tight situations I believed in myself and I went for it. I am super proud of that. I have a lot of joy inside. All the hard work that I have done with my team is paying off”, said Korda.

Korda equals his father Petr Korda, who reached the quarter final in 1994 and 1996 and is one win away from equalling Petr’s best result at this tournament in 1993, when he lost the semifinal against Pete Sampras.

Schwartzman praised Korda and compared him to Tomas Berdych.

“I see many things similar to Tomas Berdych when he is playing. I played against Tomas. I felt the same today on court. He is hitting really hard the ball. He has very good timing, good serve, good movements. He looks like he is playing in ATP Tour since many years ago. He has a lot of confidence right now. I think it’s going to increase his ranking for sure this year”, said Schwartzman.

Korda will face a very tough match against Andrey Rublev, who beat Marin Cilic 6-4 6-4 in 82 minutes to reach his second Masters 1000 quarter final. Rublev has extended his seasonal record to 19 wins to just 3 defeats this year. Rublev joins his compatriot Danil Medvedev in the quarter finals. Rublev earned his first break in the first game to take a 3-2 lead and held on his next service games to win the first set 6-4 after 41 minutes. Rublev went down 0-30 on serve at 1-2 in the second set, but he won four consecutive points to hold serve with a running forehand pass. The Russian player earned a break to take a 3-2 lead and never looked back to claim the second set 6-4. Rublev just hit 16 unforced errors to Cilic’s 29.