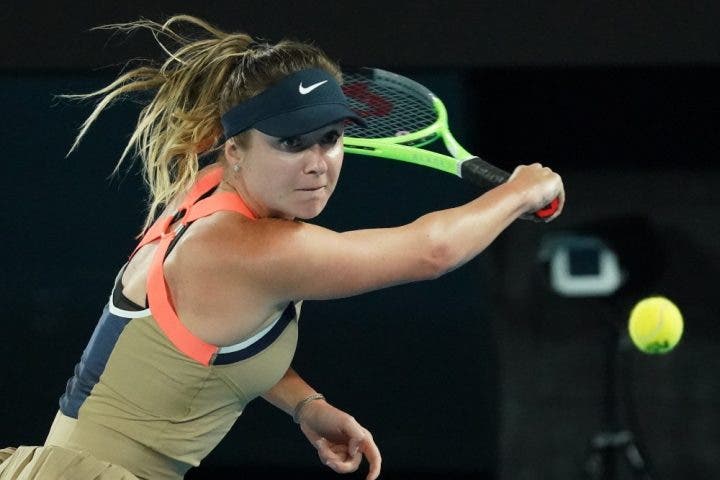 Elina Svitolina says that a decline in financial incentives at tournaments could alter her schedule over the coming weeks.

The world No.5 says less money available at smaller events compared to previous years are having an influence on her decision to play them. Due to the COVID-19 pandemic tournaments across the world have been forced to slash or adjust their prize money pool’s. For example at this year’s Miami Open the singles winner will take home $300,110 which is a massive 80% reduction on what was awarded in 2019 ($1.354 million).

Svitolina will be the top seed in the upcoming Dubai Tennis Championships, which has also been forced to cut their payouts. This year’s winner will walk away with 68% less than what the previous champion won ($221,500 compared to $696,860).

“I had to adjust, like for example with my team, with my daily life,” AFP news quoted Svitolina as saying during her Dubai press conference on Sunday. “Maybe be a little bit smarter and I think for everyone it’s important to readjust because right now there is definitely a significant change in the prize money,”
“I think it’s really not easy for some players to adjust and for me, personally, it’s maybe also a little bit [tough] right now, because we’re a bit spoiled from the years that the prize money was really high.”

As of the week commencing March 1st, 2020, 26-year-old Svitolina is the 18th highest earning WTA player of all time in terms of prize money won. Her earnings currently stand at $20,112,704. This is more than what Martina Navratilova, Monica Seles, Li Na and Jelena Jankovic won during their entire careers. So far the Ukrainian has won 15 titles but is yet to reach the final of a Grand Slam.

“Now for sure it gets into your head that you know you have less motivation at some tournaments to play because the prize money is much lower and you’re playing for example a smaller tournament and you’re tired afterwards to play a big one, so you would skip it,” she explained.
“So that, for sure, plays a little role in the motivation, in my opinion. Hopefully we can step by step improve and get back to where we were before.”

Recently the ATP confirmed revealed a series of new initiatives to support players during the pandemic including the use of a ‘covid-19 protected ranking.’ Although the women’s Tour hasn’t revelled any similar measures yet and it is unclear as to if they will. The WTA has already adjusted their ranking calculations.

Svitolina will start her campaign in Dubai against Russia’s Svetlana Kuznetsova who she leads 4-1 in their head-to-head. It will be the fifth tournament of her 2021 season but she is yet to progress beyond the quarter-final stage.

Footsteps of Federer: A Fan’s Pilgrimage