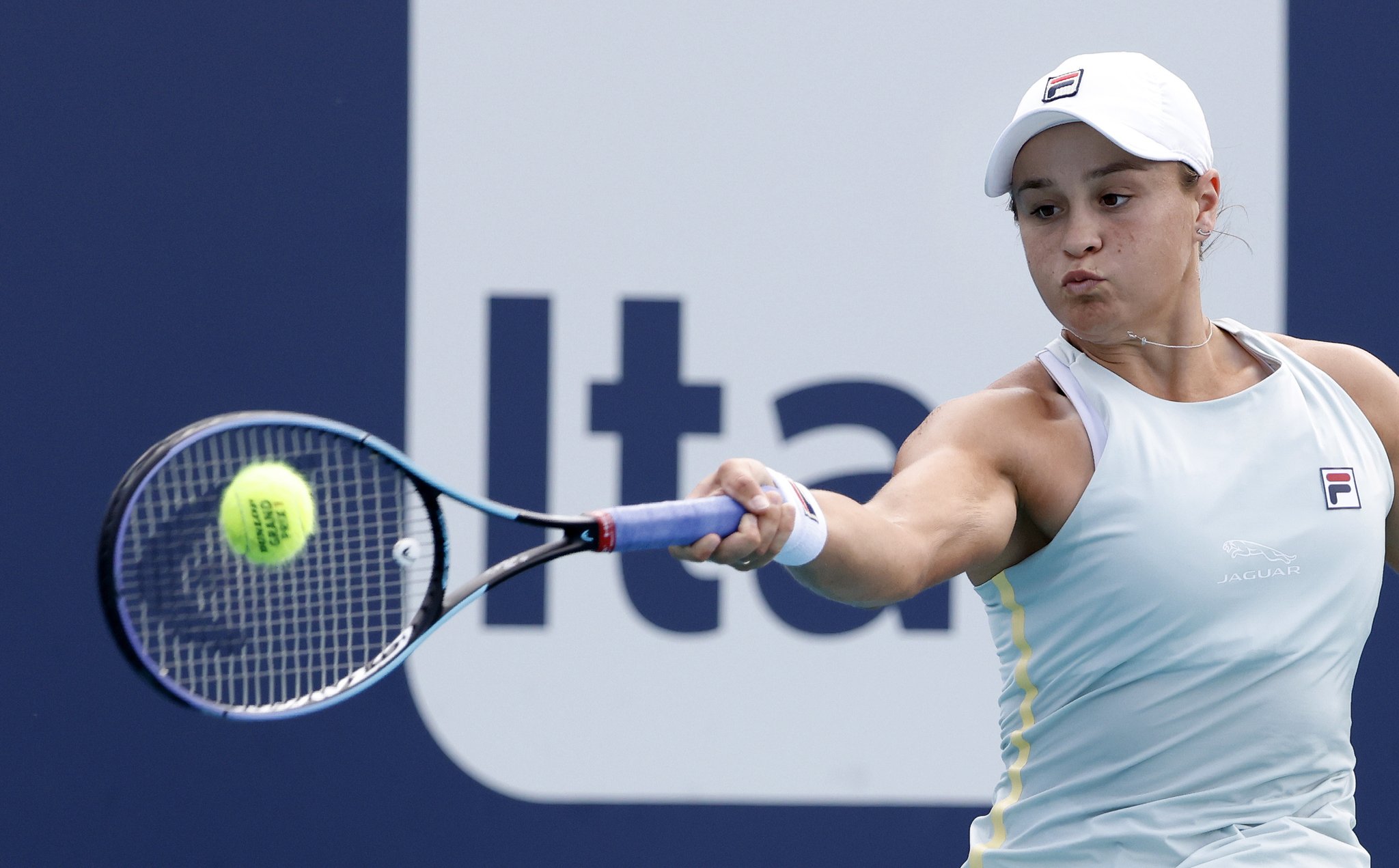 The world number one produced some clutch serving under pressure to reach the semi-finals of the Miami Open.

Barty will now face Elina Svitolina or Anastasija Sevastova in the last four.

In the first set, Barty had to overcome some aggressive returning patterns of play as the Belarusian targeted the Australian’s backhand.

After surviving three break points in the sixth game, Barty was rather handed the break in the ninth game after Sabalenka served two double faults in a row.

The defending champion took advantage and produced some unpredictable shot selection to seal the first set 6-4 in 39 minutes.

Barty’s clutch serving in big moments continued to frustrate Sabalenka as the seventh seed did everything right to create the break points but couldn’t take them as the world number one dominated the tempo on serve.

From 5-4 down in the tiebreak, Sabalenka played smart and powerful rallies to win three points in a row and force a deciding set.

As Sabalenka was starting to struggle physically, Barty’s intensity and level remained the same as she looked the deconstruct the Belarusian’s game.

Although Sabalenka did well to power past the Australian in the opening couple of service games, she couldn’t survive the Barty pressure for long.

After missing three break points in the sixth game, Barty rather comfortably broke a tame Sabalenka and served out the match to book her spot in the semi-finals.

In a high-quality match, it was Barty who produced the clutch serving under pressure and more confident tactics to outlast the power of Sabalenka and move into the last four.

The Australian will now play Elina Svitolina or Anastasija Sevastova for a spot in the final on Thursday.