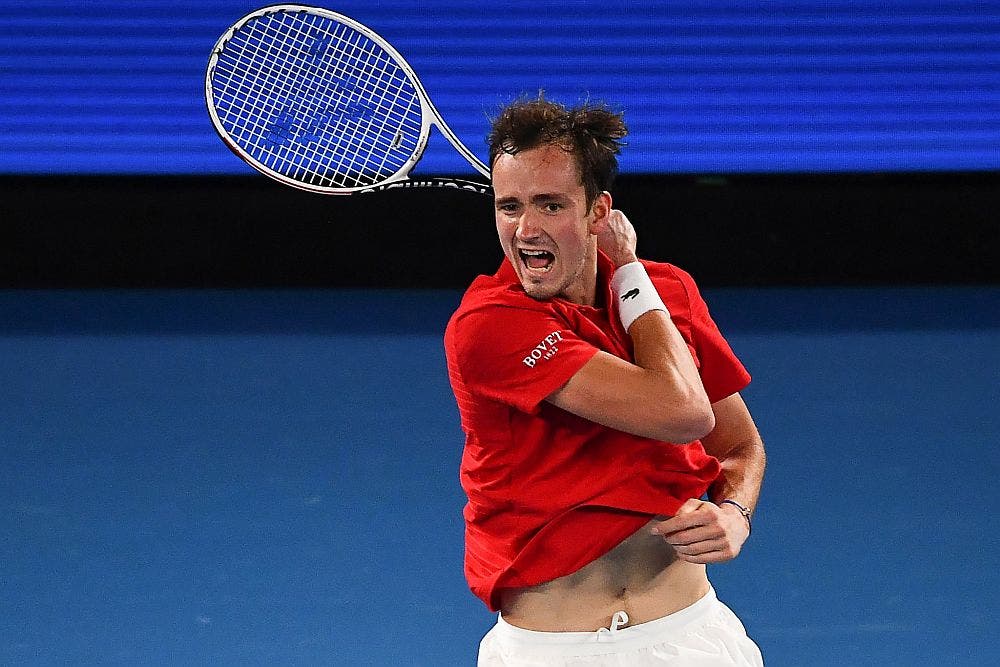 Ever since it hasn’t been possible to do an on-site coverage of the Slams, Ubitennis CEO Ubaldo Scanagatta and his Hall-of-Famer colleague Steve Flink have started to analyse the two draws and predict the outcome of the tournament via Zoom. Here’s their take on the men’s draw:

00.00 – A few big first rounders, from Berrettini vs Anderson to Sinner vs Shapovalov…

02.16 – The strict anti-Covid policy of the Australian government: “I wouldn’t be surprised if some daily schedules were to be cancelled.”

05.34 – Novak Djokovic’s route to the final: in the third round, he might face Taylor Fritz: “He’s disappointed so far, but I can see him reach the Top 15 by the end of the year!”

07.25 – There are three seeded Italians, a record tally: “Fognini isn’t at his best yet, but I’ve been very impressed with Berrettini throughout the ATP Cup.”

09.25 – On Zverev and Thiem’s draws: “The Austrian is getting used to reaching the final stages of the Majors.”

10.45 – Wawrinka could face Djokovic in the fourth round: “The Swiss hasn’t beaten him many times, but his wins have always come on the biggest stages…” Afterwards, it might be Zverev who will try to keep the Serbian from a ninth title: “They played a high-quality match at the ATP Cup!”

13.13 – The bottom half of the draw: “So many Russians!” On a Medvedev-Rublev encounter in the quarter finals.

14.47 – Nadal should reach the quarter finals with ease, and then will face either Tsitsipas, Berrettini or Khachanov: “Berrettini is playing well, but the same can be said about the Greek.”

17.30 – On a Nadal-Medvedev semi-final encounter: “The last three times they’ve played, the Russian has really been a problem for Rafa…” We might be in for a long one.

20.15 – “If Djokovic doesn’t win, I think that the trophy might go to Medvedev. He has what it takes to beat both Nole and Nadal.”

21.04 – Is Berrettini back to his best? “I think his confidence is back, if his serve and forehand are attuned, then he can be a problem.”

23.31 – Again on Jannik Sinner: “He will achieve steady results, he’s a great professional.” Will he recover in time for his match against Shapovalov?

24.33 – A final note on court speed – who could suffer from a quicker surface?

(VIDEO) Steve Flink On Australian Open: “I wouldn’t Be Shocked To See Serena Williams In The Final, But I Would Be If She Wins”