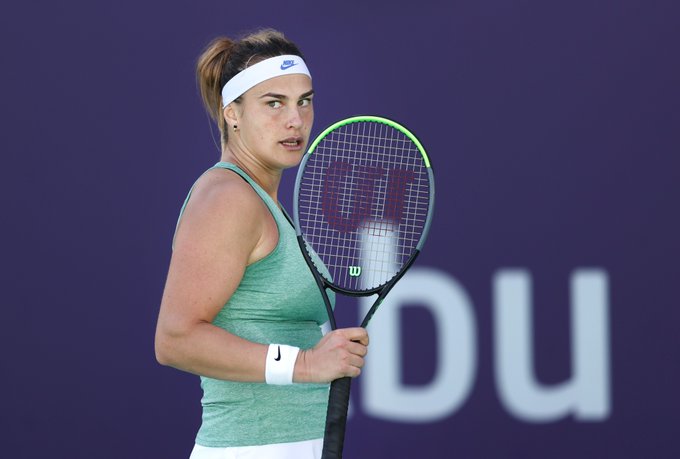 Prior to the Australian Open Aryna Sabalenka has won three out of her past four tournaments but ironically it was her loss that she is perhaps the most grateful for.

The 22-year-old Belarusian recorded a 15-match winning streak after claiming titles in Ostrava, Linz and Abu Dhabi. However, her run came to an end at a build-up tournament to the Grand Slam last week where she fell in three sets to Estonia’s Kaia Kanepi. The same player who knocked defending champion Sofia Kenin out of the Australian Open on Thursday. Whilst no player likes to lose it has provided Sabalenka with some much needed relief.

“It was good to lose that match, not because of the pressure but because it kind of put me back into reality,” Sabalenka told reporters on Friday.
“I was trying to focus on the moment, but at that point I was thinking like nobody can beat me (laughing). This is so stupid, but like this is how it is.”

Along with the success comes higher expectations placed upon her shoulders, especially when it comes to the major tournaments. Sabalenka has faired well at Melbourne Park so far by winning three of her matches in the straight sets. In her third round clash with Ann Li she eased to a 6-3, 6-1, win in just over an hour. Hitting seven aces along with 28 winners.

Despite her talent on the Tour, it is only the second time in her career that Sabalenka has reached the fourth round of a major. The first was at the 2018 US Open. Even more surprising is that this year’s Australian Open is only the second major out of the past eight she has won back-to-back matches in.

Standing in the way of Sabalenka’s first Grand Slam quarter-final is the formidable Serena Williams who recorded her 90th win at the tournament earlier in the day. The American is already a 23-time major winner and one more title would put her level with Margaret Court’s all-time record.

Sabalenka is playing in the Australian Open main draw for only the fourth time in her career.