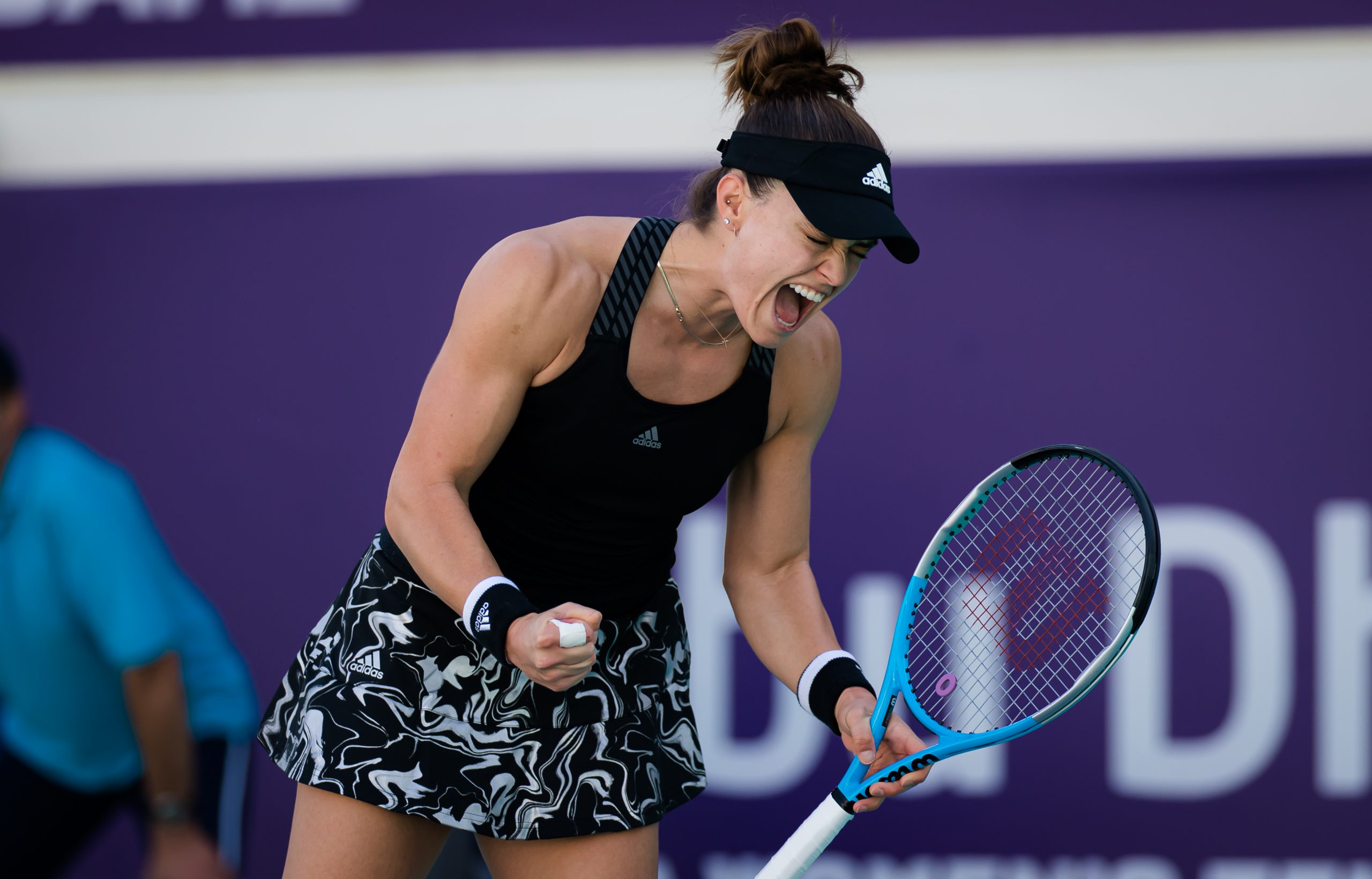 Maria Sakkari will return to the top 20 with a win on Tuesday (twitter.com/WTA)

Aryna Sabalenka is two matches away from her third consecutive WTA tour title.  But standing in her way in today’s semifinals is Maria Sakkari, who has defeated two Major champions over the last two days.

The other singles semifinal features two unseeded, up-and-coming youngsters, who are both looking to reach their first career WTA final.  In the doubles semifinals, the reigning US Open champions face last summer’s Lexington champions, and last year’s St. Petersburg champs take on the Australian Open singles champion and the Australian No.2, who are teaming together for the first time.

No one is hotter on tour than Sabalenka, who is on a 13-match winning streak.  This run includes wins over Victoria Azarenka, Elise Mertens, and Elena Rybakina, who she defeated yesterday in three sets.  However, no one has been more impressive this week than Sakkari, who in the last two rounds took out Sofia Kenin and Garbine Muguruza.  Against Kenin yesterday, Sakkari claimed the last 10 games, and won 24 of 31 points in the third set.  After yesterday’s match, Maria told the WTA that she connects her recent results with taking a bit of pace of her shots, as she was previously hitting too hard and struggling to control her power.  Sabalenka and Sakkari have met four times over the last 18 months, all on hard courts.  Sakkari won the first meeting two Augusts ago in Cincinnati, though Sabalenka has taken the last three.  Even though Sakkari has already defeated two top 15 players in this tournament, her power game may be outdone by that of Sabalenka’s.  While Sakkari is the better mover, overpowering an in-form Sabalenka is a tall task.

Yesterday, 23-year-old Kudermetova defeated Elina Svitolina for the second consecutive time.  Impressively, the Russian is now 5-3 against top 10 opposition.  Her opposition today is currently ranked 99th in the world, but Kostyuk made a splash three years ago at the Australian Open.  The then-15-year-old came through qualifying to reach the third round in Melbourne, the youngest player to do so since Martina Hingis.  The WTA has a great profile on Kostyuk here, which outlines the pressure the Ukranian felt after achieving success at such a young age.  But after turning 18 last summer, Kostyuk is focused on letting that pressure go and focusing on the process rather than the results.  Prior to this week, Marta only had two main-draw, tour-level wins, which occurred at the 2020 US Open, where she was narrowly defeated by eventual champion Naomi Osaka.  This will be Kudermetova and Kostyuk’s first career meeting.  The 38th-ranked Kudermetova is the highest-ranked player Kostyuk has faced in this event, while Veronika has already taken down two top 10 seeds.  When vying to reach your first WTA final, experience in high-profile matches is crucial, which makes Kudermetova the favorite on Tuesday.

Hayley Carter and Luisa Stefani (8) vs. Laura Siegemund and Verz Zvonareva.  Carter and Stefani are an impressive 18-5 since last August.  Siegemund and Zvonareva won the US Open in September, which was also their first event together as a team.  They are 9-1 during their short stint together.

Shuko Aoyama and Ena Shibahara (5) vs. Sofia Kenin and Ajla Tomljanovic.  The team from Japan have now reached three semifinals in their last four events, but have not advanced farther.  Kenin and Tomljanovic have only dropped one set this week in their first tournament as a team.