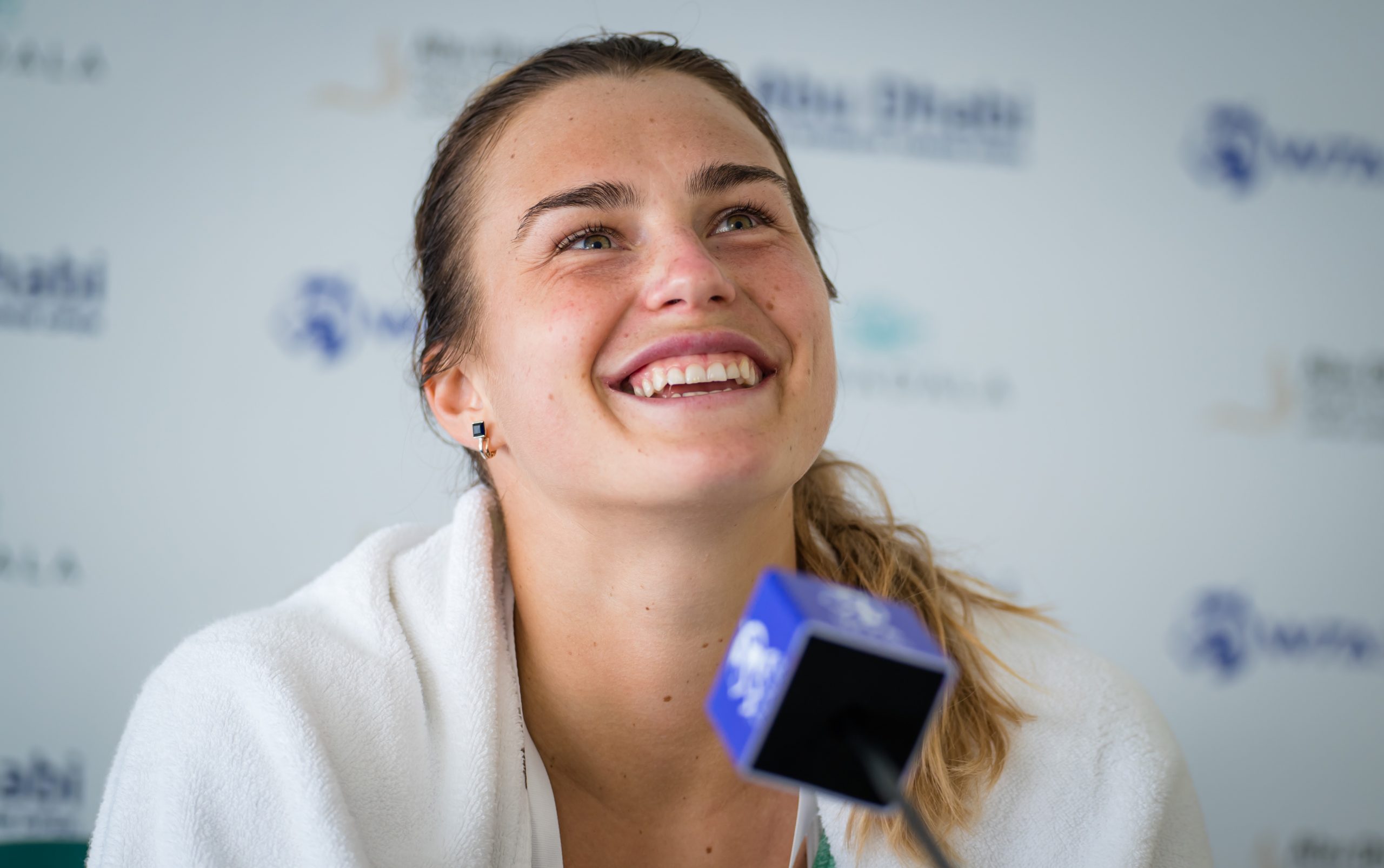 Aryna Sabalenka has lots of reasons to smile as of late (twitter.com/WTA)

In a rare Wednesday final, she’ll face Veronika Kudermetova, who is playing in her first WTA championship singles match.

At the beginning of 2019, Aryna Sabalenka debuted inside the WTA top 10.  That was coming off a 2018 season where in which Aryna accumulated 47 match wins, two titles, and reached the second week of a Major for the first time.  From there, her progress stagnated a bit, as she spent the last two years ranked between No.9 and No.16.  But now she’s on a 14-match winning streak, having claimed back-to-back titles to end 2020.  With a win on Wednesday, she would reach a career-high ranking of No.7.

At the beginning of 2019, Veronika Kudermetova debuted inside the WTA top 100.  The Russian steadily climbed the rankings that year, reaching the top 40 at the end of the season.  Since the tour restart last August, the 23-year-old was a modest 7-6 before this event.  But she dropped only one set this week on her way to her first WTA final, which included impressive wins over Elina Svitolina and Anett Kontaveit.

Their only previous meeting does not provide much guidance as to what will happen on Wednesday.  It took place six years ago at an ITF Challenger event in Antalya, which Sabalenka claimed in straight sets.  Kudermetova will surely be nervous, as this is the biggest match of her career to date.  And she’s facing an ultra-confident Sabalenka, who is on a 14-0 run.  Yesterday, Aryna easily dispatched of an in-form Maria Sakkari, requiring only 57 minutes in a match where she struck 22 winners and only eight unforced errors.  After yesterday’s win, Sabalenka told the press she’s focusing less on winning and more on the process of improving her game, and cited this as the reason for her current win streak.  When Aryna is at her best, she can outhit just about anyone on tour.  And we’ve seen before how difficult she is to defeat when she’s on a tear like this.  I’m not betting against this version of Sabalenka winning her third straight title.

Other action on Wednesday:

In the doubles championship match, it’s 2020 St. Petersburg champions Shuko Aoyama and Ena Shibahara (5) vs. Hayley Carter and Luisa Stefani, recent champions in Lexington.  These two teams played in the third round of Roland Garros a few months ago, with the Japanese team prevailing in straight sets.