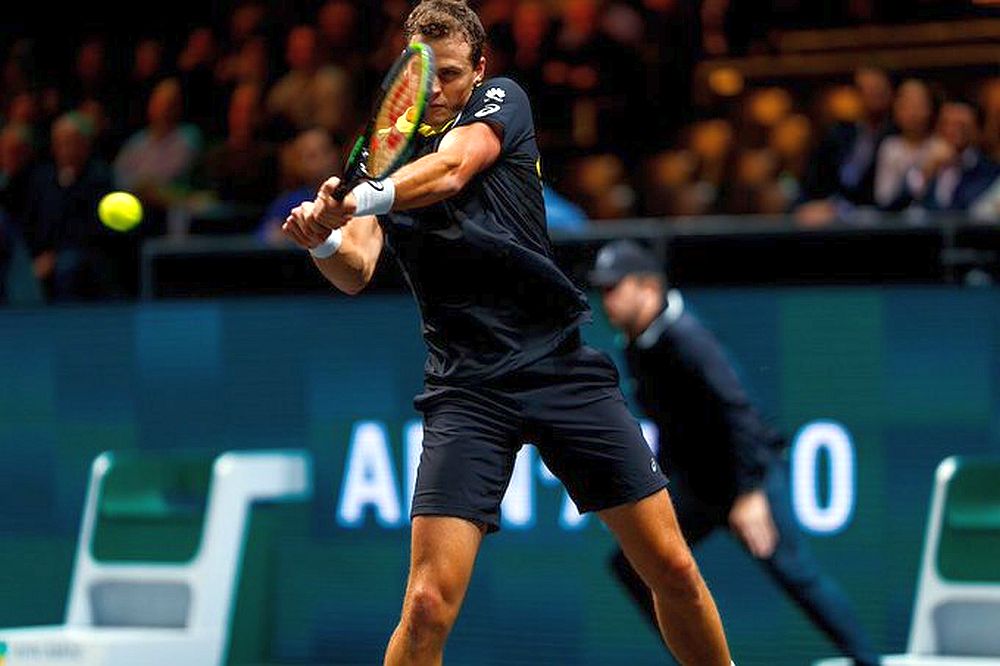 Vasek Pospisil said he experienced the ‘best training of his career’ during his recent stay at the Novak Djokovic Academy in Belgrade, Serbia.

The Canadian was invited to train at the venue by the world No.1 himself along with coach Frank Dancevic and trainer Cassiano Costa. Other players who have also trained at the venue during the off-season include Laslo Djere, Damir Dzumhur and Malek Jaziri. Viktor Troicki, who has recently been appointed as the captain of the Serbian Davis Cup team, has also been practicing at the facility.

Pospisil spoke out about his experience in Belgrade by uploading a post on Instagram in which he personally thanked the 17-time Grand Slam champion. The two players are also the co-founders of the Professional Tennis Players Association, which is an independent organisation that was formed earlier this year.

“When I was invited to train in Belgrade at Novak Djokovic’s academy with him and others, I knew the training would be great but I did not expect the overall experience to be so impactful,” he wrote.
“I was blown away by the facilities, hospitality, attention to detail, and overall positive energy throughout the whole camp. This was the best training experience of my career and I’m not a young buck anymore so that’s saying a lot.”

In recent weeks Djokovic has contacted various other Serbian tennis players offering them support and access to his facility during the off-season. He has also been seen giving advice in person at times. According to Tennis Majors, players have been provided with a fitness gym, hyperbaric chamber, salt room therapy and other means of recovery.

“It is nice to see Novak here with us, he is always giving us advice. We are extremely grateful for everything that he is doing for us,” Filip Krajinovic told Tennis Majors.

Pospisil is hoping that his time spent in Europe will place him in a strong position heading into the 2021 season. This year the world No.61 reached the fourth round of the US Open and scored two wins over top 10 players (David Goffin and Daniil Medvedev). He also reached the final of ATP tournaments in France and Bulgaria.

The new season will start during the week commencing January 5th with tournaments in Delray Beach, America and Antalya, Turkey.

Quarantine Buddies: Here Is Who The Top ATP Players Will Train With In Australia

Fabio Fognini is motivated to aim high next year