Rafael Nadal Speaks Out About His On-Court Rituals - UBITENNIS 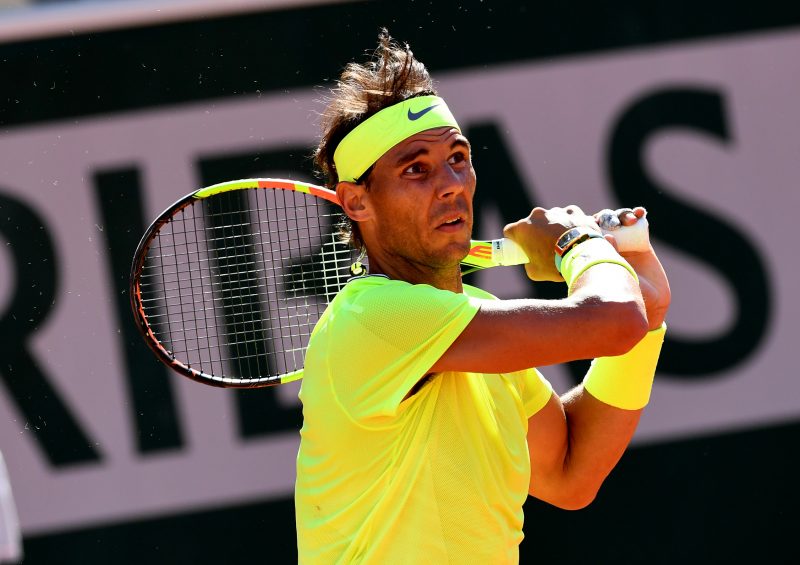 They say tennis players are creatures of habit but Rafael Nadal believes it is no big deal when it comes to him.

The world No.2 is known for repeatedly cleaning the baseline before receiving his towel from the ball kids during matches on the clay, taking sips of water from two bottles and seemingly placing them in a particular position on the ground. Over the years, it has been debated if the rituals are just a habit or something more than that with some going as far as suggesting a form of OCD (Obsessive Compulsive Disorder). Something Nadal has never been diagnosed with just to clarify.

Nevertheless, the King of clay has stated that he is not superstitious or what he describes as a ‘slave to his routine’ during an extensive interview with Italian newspaper Corriere Della Sera.

“I’m not superstitious; otherwise I would change the ritual with each defeat,” he said.
“I’m not even a slave to routine: my life changes constantly, always around; and competing is very different from training.’
“What you (the interviewer) call tics are a way of putting my head in order, for me who are normally very messy. They are the way to concentrate and silence the voices within. In order not to listen to the voice that tells me that I will lose, nor that, even more dangerous, that tells me that I will win.”

Nadal is set to return to action next week at the Paris Masters in what will be his first event since the French Open. At Roland Garros he defeated Novak Djokovic in the final to claim an historic 13th title there and 20th at Grand Slam level. Drawing level with Roger Federer for the most major titles won by a male player. Nadal’s dominance at the French Open has seen him lose just two matches which is even more remarkable considering what he was once told at a young age.

“At nineteen, I had just won my first Roland Garros, they told me that I would no longer be able to play, due to a deformity in my left foot.” He revelled.
“The pain was so great that I trained to hit the ball sitting on a chair in the middle of the court. Then I recovered, thanks to an insole that changed the position of the foot, but inflamed my knees… “

Fortunately the initial bleak outlook was overcome which enabled the Spaniard to enjoy one of the most successful careers in tennis history. His current resume includes 86 ATP titles and 209 weeks as world No.1. Reflecting on his achievements, Nadal believes the mental side has played as much of a crucial part as the physical side.

“With a positive mentality. By transforming the fragility of the body into moral strength. Sooner or later things will fall into place. We must equip ourselves to resist. Because there is no other solution than to resist.”

At the age of 34, Nadal reiterates that he hasn’t thought about walking away from the sport just yet. Although he intends to work more on his own foundation which supports children who are at risk of social exclusion when he does eventually retire.

As for the Greatest Of All Time (GOAT) debate that Nadal is also a part of he refuses to get involved. Although he does take a more philosophical view when it comes to deciding which player is better than the other.

“What is talent? Each of us has his own talent. To some it all comes easy; others know how to last longer in the field. You can have the talent to write a good article in half an hour; but if a colleague of yours can work for six hours straight and come up with an excellent article, he will be a more talented journalist than you,” he concluded.

Nadal, who has a bye in the first round, will start his campaign at the Paris Masters against either Feliciano Lopez or Filip Krajinovic.