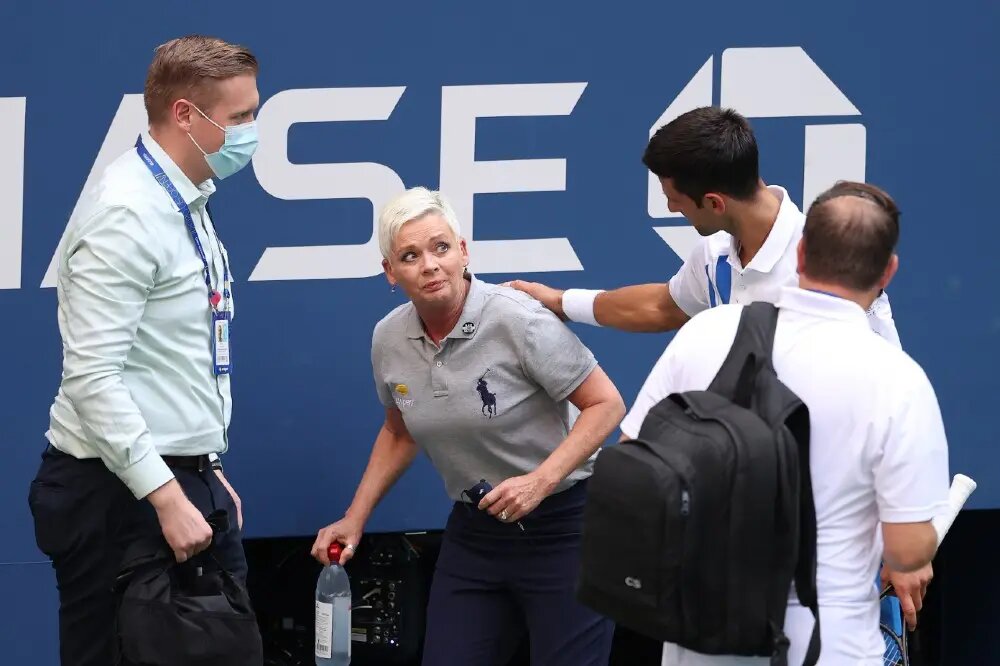 Novak Djokovic has said he sees ‘no reason’ why tournaments on the professional Tour shouldn’t permanently remove line officials from the court in the future.

The 17-time Grand Slam winner has come out in favour of the introduction of electronic line calling at all events which would replace the tradition of people sitting around the court and making calls. A system that was recently implemented at the Western and Southern Open, as well as the US Open in New York, to limit the amount of people on the court due to the COVID-19 pandemic.

“With all my respect for the tradition and the culture we have in this sport, when it comes to people present on the court during a match, including line umpires, I really don’t see a reason why every single tournament in this world, in this technological advanced era, would not have what we had during Cincinnati/NewYork tournament,” Djokovic said following his third round win at the French Open.
“The technology is so advanced right now, there is absolutely no reason why you should keep line umpires on the court.”

It has previously been reported that the cost of implementing Hawk-Eye live is around $50,000 per court. This estimate includes both the software and the technicians who would be required to work it. According to the managing director of Hawk-eye Live, James Japhet, 225,000 calls were made with only 14 errors during the first week of the US Open.

“I understand the technology is expensive, so it’s an economical issue and a question mark. But I feel like we are all moving towards that, and sooner or later there is no reason to keep line umpire,” Djokovic argues. “Ball kids, of course, but line umpires, I don’t see why anymore, to be honest.”

Djokovic’s call comes a month after his high-profile US Open mishap that involved a lineswoman. During his fourth round match against Pablo Carreno Busta, the Serbian unintentionally hit a ball at an official in her neck. Prompting her to fall to the ground. Djokovic was disqualified from the match under official rules.

“There would be less chances to do what I did in New York,” he joked about implementing electronic line calling.

The comments from the French Open top seed comes amid a debate over whether or not hawk-eye should be implemented at the event. A move officials deemed unnecessary because the ball leaves a marking on the clay for umpires to check. Although there have been incidents where umpires have got the wrong marking.

One example took place during Denis Shapovalov’s second round match against Roberto Carballés Baena on Thursday. The empire ruled a shot from the Canadian as out which Hawk-Eye found to be in during a critical moment. If he had won that call, Shapovalov would have had two match points at 5-4 in the fifth set but he ended losing 6-8.

“I think it’s time for Hawk-Eye on clay. I don’t understand why they haven’t proceeded,” Stefanos Tsitsipas commented on the issue earlier this week.
“If technology allows us to do far beyond more things that current knowledge allows us I do believe they should implement that into tennis. It doesn’t really matter the surface.’
“We have to keep growing and keep adding new things to the sport that will help make it better and more fair.”

Despite the rise of technology French Open officials have recently reiterated that they have no plans to implement a hawk-eye system or anything similar in the near future. It is also argued that the accuracy of it’s calls on clay is less due to the nature of the surface.