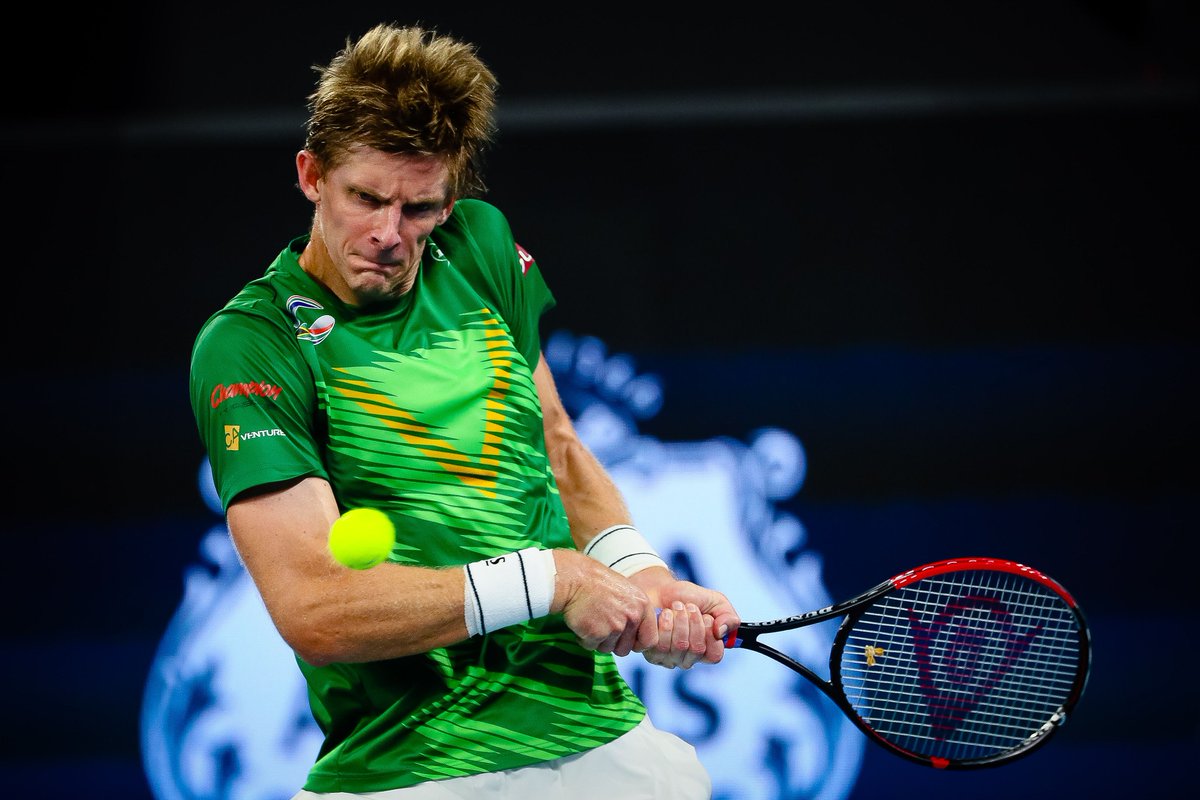 The former Wimbledon finalist said there remains unanswered questions about the Professional Tennis Players Association (PTPA). An independent group set up with the objective of campaigning for greater rights for players when it comes to decision making in the sport. Djokovic had previously said part of the reasoning for his backing of the PTPA was due to concerns about the structure of the ATP.

Both Djokovic and Vasek Pospisil, who is the other co-founder, have insisted that the PTPA isn’t a rival to the ATP and they hope the two will be able to work alongside each other. However, world No.118 Anderson voiced his disagreement during his press conference at the French Open on Thursday. The 34-year-old is currently serving as the vice-president of the ATP Players Council and was a signatory of a letter urging his peers not to join the PTPA. Rafael Nadal and Roger Federer also signed the letter.

“I personally believe that the two entities can’t coexist,” said Anderson.
“I feel like there’s a lot that needs to be better. I’ve always said that. We’ve managed to accomplish a lot within the structure. I feel like the new management that’s come in, their vision is really exciting. As a current council, we’re putting the pressure on,saying, We are supporting you, but we definitely expect you to get this through.”

Stressing that there are ‘unanswered questions’ when it comes to the PTPA, Anderson also admits that he is unsure about what their long-term goals are and he hasn’t been able to speak with Djokovic or Pospisil about it. Since its launch in August, players such as Mateo Berrettini and Denis Shapovalov have signed up. Although the former top 10 player has questioned the timing of the launch.

“I don’t understand what their long-term strategy is, how they’re going to go about it. There’s a lot of unanswered questions,” he said.
“I think just with us (players) competing so much, it’s been a little challenging to sort of figure that out. As the weeks go on, hopefully we’ll have a better understanding and idea to see what is exactly the PTPA. Obviously there’s a lot of players within it, but how is it going to take that step representing players within the tour? We’ve got council members who represent players, board members. I’s definitely a bit of an unknown question.”

Perhaps one way to bridge the gap would be to have a player on the ATP Council who is also linked with the PTPA in some way. Although Anderson has voiced his opposition to such an idea. Both Djokovic, who was the former president of the council, and Pospisil were asked to step down following the birth of the PTPA. Meanwhile, John Isner and Sam Querrey resigned from the council.

“I feel you can’t sit on the council and then the PTPA. It seems like it’s a bit of a contradictory idea. Within the structure and within the council. I’m the first to say it’s not perfect but you have to believe it, you have to give it a chance,” he concluded.

Anderson advanced to the third round of the French Open after defeating 22nd seed Dusan Lajovic in five sets. He will next play Andrey Rublev.

After Battle With Anorexia, Martina Trevisan Bids For Place In Fourth Round At French Open