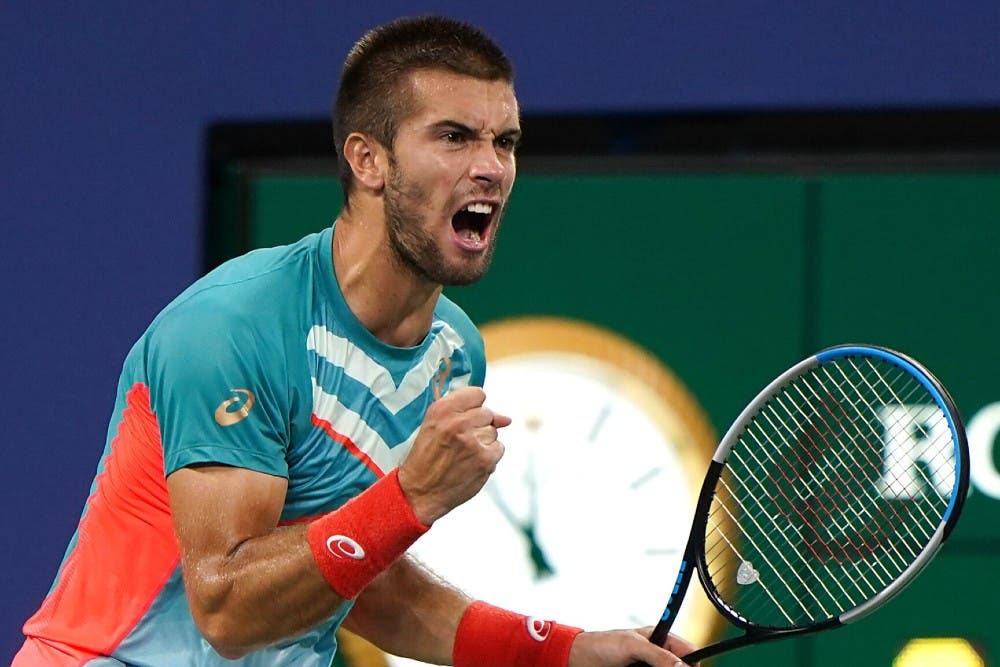 Croatian tennis star Borna Coric says he has become more ‘easy-going’ in recent years after working under a variety of different coaches.

The 23-year-old has been guided on the Tour by no fewer than eight coaches since 2014 which includes the likes of Thomas Johansson (2015) and Riccardo Piatti (2017-2019). At present, he is now working with Martin Stepanek. A former Czech player who has worked with the likes of Thomas Berdych and Ivan Dodig.

“I am not going to deny it, I was difficult to work with before, high-maintenance if you like, and now I am more easy-going. But I really have never been the type of guy that fires a coach after two first-round losses,” Coric told tennismajors.com.
“Actually, looking back at all my coaches, only with one it was entirely up to me, where I felt we weren’t working well and I decided to end it. With everyone else there were different issues – personal problems on their side, or inability to reach an agreement in regard to finances, or that the coach wasn’t able to travel enough weeks with me, things like that.”

Coric’s various changes in his team can be partly attributed to his roller-coaster journey. Growing up he was portrayed as the next big thing in the sport following a series of high-profile wins during his teenage years. At the age of 17 he defeated Rafael Nadal at the Swiss Indoors followed by Andy Murray in Dubai the year after.

Despite his early promise, Coric is yet to scale the top of men’s tennis with his best ranking being 12th which was first achieved back in 2018. He looked on course to rise further last season but another coaching split combined with back injury problems resulted in him falling down the rankings again.

Given that the average age of professional tennis players peaking is on the rise, there is still time for Coric to get the breakthrough many have predicted for him. He is once again showing signs of a resurgence during what has been a limited 2020 season due to the Covid-19 pandemic. At the US Open, which was his 22nd appearance in a main draw of a Grand Slam, he reached the quarter-finals of a major for the first time in his career. More recently at the St. Petersburg Open the Croat reached the final before losing to the in-form Andrey Rublev.

As to what the key has been to Coric’s recent resurgence, he explains that it is due to what he describes as ‘controlled aggression.’

“It depends on numerous factors (whether he’ll be aggressive). The surface, my gut feeling, am I confident or not, if I am moving well and feeling fresh, have I got the right feel for the ball, the opponent’s style of play… A lot comes into it, but generally speaking, I am a far better player when I am being aggressive, not just retrieving, even though I am perhaps making a bit more errors,” he explains.
“You could see that on display in New York and me being aggressive, along with further improvement of my serve, are two of the biggest emphasis of my work with Martin. I am not there yet, but if I am healthy and able to maintain the level I had at the US Open, then I can get close to Top 10. But it’s still a long way to go.”

Coric is currently ranked 24th in what is his best ranking so far this season and has achieved a win-loss of 14-10. Out of those 14 wins, two were over top 10 players Dominic Thiem and Stefanos Tsitsipas.