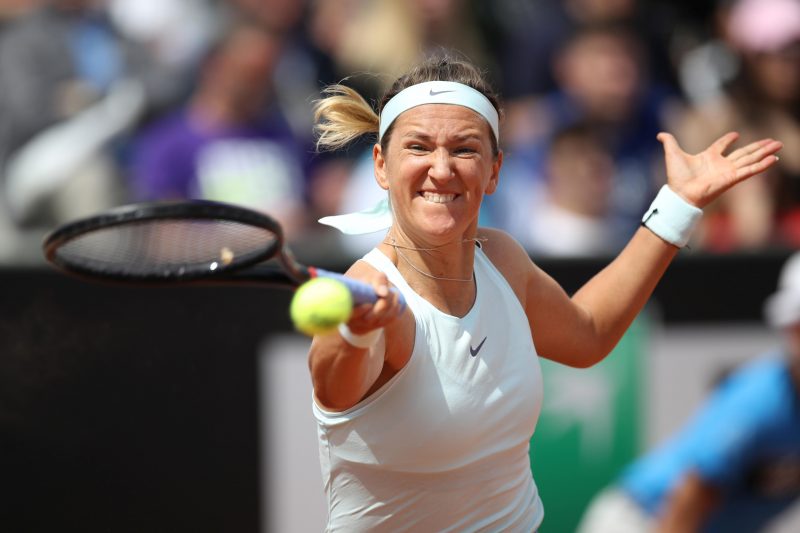 This year’s US Open has proven to be a milestone for parents thanks to the run of Victoria Azarenka and two of her rivals.

On Monday the former world No.1 became one of three mothers to reach the quarter-finals in New York along with Serena Williams and Tsvetana Pironkova, who is remarkably playing in her first tournament since 2017. A first in the history of women’s tennis. Azarenka’s route into the last eight of a Grand Slam for the first time since giving birth to her son Leo saw her oust Karolína Muchová 5-7, 6-1, 6-4. Making it the ninth match she has won in a row on the WTA Tour.

It has been five years since Azarenka last featured in the last eight at Flushing Meadows but the question is does she feel any different now she is a mother?

“I don’t identify myself on the tennis court as a mother. I still identify myself as a tennis player,” the two-time grand slam champion explains. “Me being in the quarterfinals, I didn’t get there by being a parent, I got there by being a tennis player.’
“It feels amazing that I can share this moment, and hopefully be a good role model to my son. When you have tough moments in your life, you still persevere with holding your head high and a smile on your face.”

Azarenka once feared that her career might be over after becoming pregnant and has since become one of the players urging the WTA to change their maternity policy. Something they did at the end of 2018 by allowing new mothers the right to enter 12 tournaments over a three-year period.

“I’m glad that our women have this protection. I’m not the only one who fought for that, but one of the players who fought for this rule that we are more protected and feel more comfortable because it’s such a life-changing experience that you have,” she said.
“To find that balance to be able to go out there ready to play, physically be ready, mentally be ready, I think it’s just a better opportunity for players to take that break if they want to, if that’s their choice.”

Through to the last eight of a major after winning the Western and Southern Open, Azarenka is emerging as a stronger contender for the title this year. In New York she has so far dropped only one set in four matches and previously defeated fifth seed Aryna Sabalenka. Although she is not thinking too far ahead when it comes to the title.

“To me it really doesn’t matter. I don’t feel that winning a fourth round is more important or more significant than winning the match before or the match before. It’s really about being in the moment and enjoying the momentum,” she states.

Azarenka will next play Elise Mertens, who knocked out second seed Sofia Kenin in straight sets.

Daniil Medvedev Plays Down Favourite Tag At US Open