'If Somebody Wants To Fine Me, I Can't Do Much About It' - Sara Errani Fumes After French Open Exit - UBITENNIS 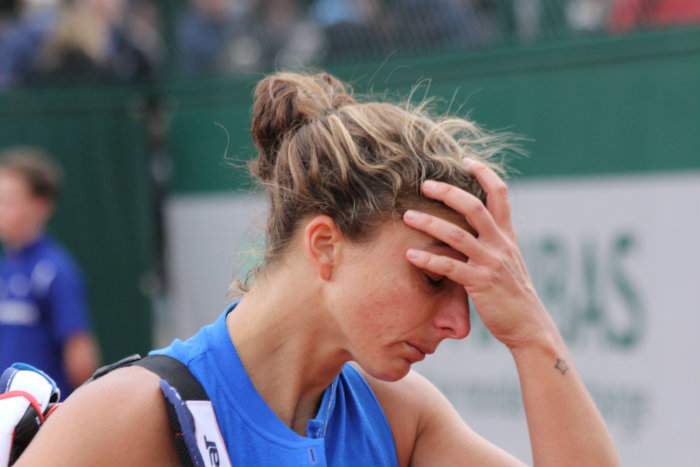 Italy’s Sara Errani has accused Kiki Bertens of poor gamesmanship and even faking her own injury following their tense clash in the second round of the French Open.

Errani, who came through qualifying to play in this year’s main draw, questioned the integrity of her opponent who exited the court in a wheelchair due to cramps after running around during the deciding set. The Italian had chances to seal victory after serving for the match twice before losing 7-6 (5) 3-6 9-7 after three hours and 11 minutes. Although she didn’t hold back when speaking about the incident afterwards.

“I don’t know how to say this in English, but I don’t like people taking the piss out of me,” Errani said. “She played a great match. However, in the third set she seemed injured and a minute later she was running around like she had never done throughout the match. She left the court on a wheelchair, but now she’s sitting at the restaurant and she’s completely fine.’
“I don’t like this sort of behaviour. It’s her decision if she wants to play like that, but it annoys me, especially because afterwards I’m the one who’s called out for being unsportsmanlike.”

Venting her frustration in both English and Italian, the former Roland Garros finalist gave a sarcastic response when speaking about the level of the fifth seed during the later stages. Besides the controversy, Errani struggled with her ball toss throughout and was even given a warning from the umpire for constantly throwing it up and catching it before serving.

“Maybe she has a magic potion, because she seemed like she was struggling for an hour, and then started running as if she were absolutely fine,” she commented.

Once the encounter ended, Errani was heard shouting the word ‘vaffanculo’ as she walked off the court. The Italian version of the swear word ‘fuck you.’ Although the 33-year-old insisted that the insult wasn’t directed at her opponent but admits she may still have to pay a fine.

“It wasn’t meant for her, it’s just something we say in Italian when things aren’t going well – I honestly don’t recall when I said it,” Errani said about her outburst. “If it happened when I was at the exit gate of the court, then I don’t think it’s a violation, but if somebody wants to fine me for it then okay, there isn’t much I can do about it.”

Reacting to the accusations, Bertens has laughed off the suggestion that she faked her own cramps. She said the issue affected her left leg, right foot and both of her hands.

“She can say whatever she feels like,” Bertens responded during her press conference. “Maybe I should take some more acting classes or pursue a career in that, I’m not sure what she’s thinking, but, no, I didn’t feel really good on court.”

Bertens will play Kateřina Siniakova in the third round on Friday.