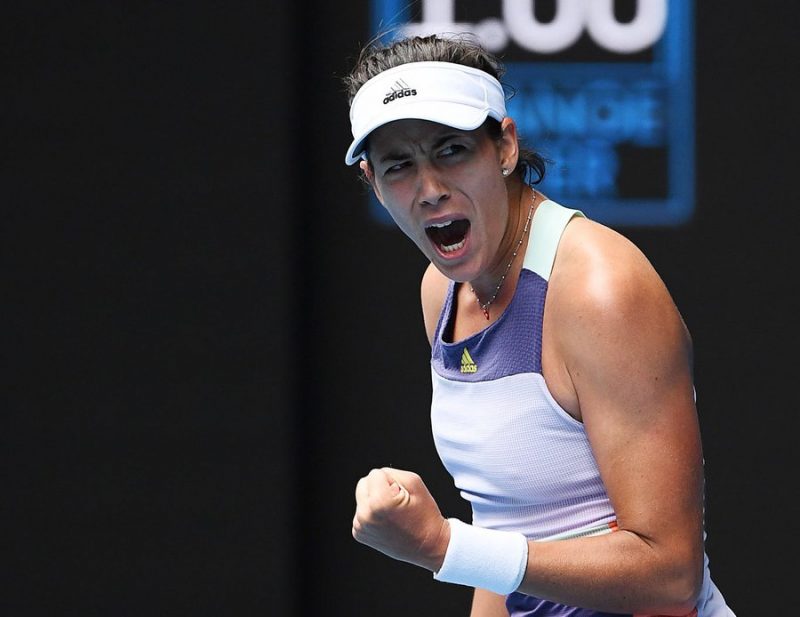 It was a surprisingly comfortable win for the Spaniard, 26, against an opponent she has found troublesome in the past. Muguruza and Konta have each won two of their previous matches, and all four of those encounters were lengthy three-set affairs.

During the first eight games of this match, it looked like it might go a similar way. The opening exchanges were closely-fought and both players produced high-quality tennis and served well for the most part.

On occasion, Muguruza and Konta got themselves into trouble by making errors and falling 0-30 or 0-40 behind on their own serves. However, they always responded well and executed high-quality points to turn those games around.

Eventually, the whole set came down to one game. When Muguruza led 5-4, Konta again slipped 0-40 behind on serve. The Brit managed to save one break point, but the Spaniard took control of the next point and forced an error to seize the first break of the match.

After Muguruza confidently held at the start of the second set, Konta missed a tricky high volley that would have secured the second game. Then she gave away the break with a double fault and an unforced error.

The next game turned out to be the most important of the match. The Brit hassled and harried the Spaniard and earned three break points. But the two-time Grand Slam champion held firm. She delivered big first serves when she needed them most to save all three and go on to secure the hold.

After that, the match ended quite quickly. Konta held to reduce the deficit to 3-1. Then Muguruza served and rallied superbly to win three games in a row and clinch an impressively comprehensive victory.

The Spaniard will face Azarenka in the last 16. The Belarussian was locked in a fascinating battle with Daria Kasatkina when the Russian took a nasty fall in the first tie-break and was forced to retire due to an ankle injury. Touchingly, Azarenka helped Kasatkina to her chair and comforted her after the accident.

Simona Halep advanced to a fourth-round clash with Yulia Putintseva in Rome courtesy of a 7-5 6-4 win over Dayana Yastremska.

The Romanian, 28, looks to be such a calm figure on court these days. And she did not seem bothered at all when the Ukrainian went 3-0 up after a blistering start to the match.

Halep responded by working her way into the match and capitalising whenever Yastremska made errors. The Romanian hit a backhand winner to break back. Then she played a series of intelligent points to claim the crucial break in the eleventh game and secure the set.

The Ukrainian made the worst possible start to the second set. She made a series of errors and dropped serve twice in a row to give herself a mountain to climb. Yastremska managed to get one of the breaks back immediately after that but Halep gave nothing else away and eventually closed out the set.

The Romanian will play Putintseva in the last 16. The Kazakhstani overcame talented young compatriot Elena Rybakina 4-6 7-6(3) 6-2 in a pulsating first-ever meeting.

Naomi Osaka To Miss French Open For First Time Since 2015